On perseverance and strength 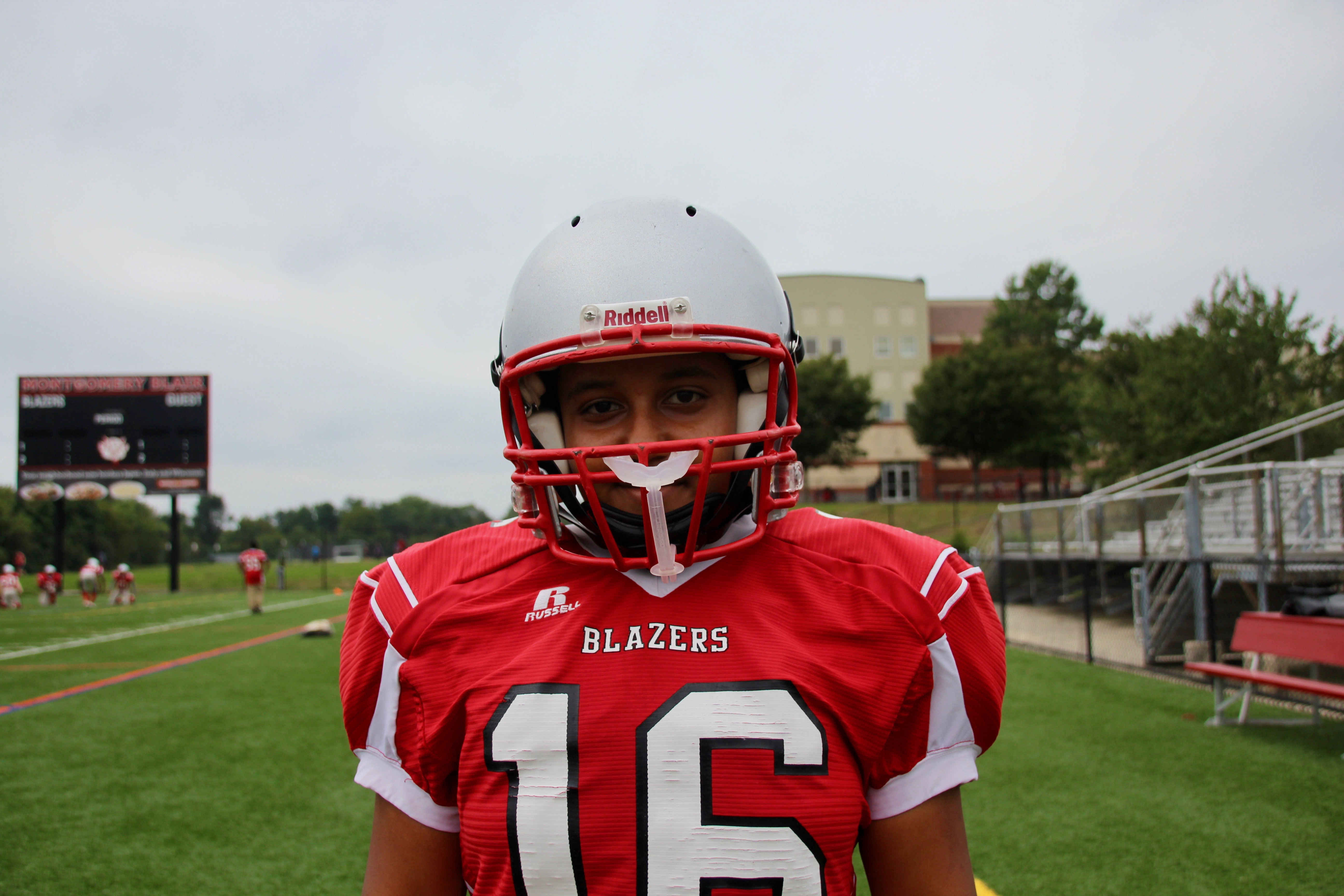 A Beacon of Hope

Photo: Medhanit Desta is the only girl on the JV football team but doesn't let that phase her.

Photo: Medhanit Desta is the only girl on the JV football team but doesn't let that phase her.

"It's hard to be a part of the team when you're the only girl."

Freshman Medhanit Desta is not your average football player. A quarterback and defensive end for Blair's JV football team, Desta is one of just 269 girls in the nation playing high school football.

Desta started playing football over the summer despite constant teasing from her brother. "He would tell me that girls can't play football, so I joined to prove him wrong," Desta says. A longtime fan of the Baltimore Ravens, it has always been Desta's dream to play football. Watching female football players, such as Sam Gordon, taking the country by storm instantly motivated her to take her first leap into the playing field. "I was really inspired by Sam, because she created the first all-female tackle football league," she says.

Of course it hasn't been easy for Desta; she's had to work harder than her teammates to be seen not just as a girl, but as an equal. She comes home every day from practice with a set of new bruises, old bruises revisited and disheveled helmet hair.

But she is far from being a "giver upper." Desta aims to make the NFL and prove her skeptics wrong. Desta is a Blazer with a proud smile and future full of hope. "I just want to give other girls courage even if they're not the best football player or the fastest or the strongest. I want to give them the courage to come join," Desta says.

As the season comes into full swing, Desta will continue to show the school that she is just as worthy of playing as the boys around her. "I sometimes feel like an outsider being around only boys, but it's those times when the team cheers me on that I truly feel like part of the team," she says.