On the chopping block

A "time to go" for derivative shows

With spring already upon us, the warm weather will be sure to make our brains fuzzy, turning us toward lazy days. If we haven't already, in no time, we will be picking up the TV remotes instead of our pencils. There are a great group of shows worth hitting the couch for, including "Glee," "Community" and "Breaking Bad." However, there are just as many programs that will make us wishful for busywork. Silver Chips Online has compiled a list of TV shows that will give us spring fever if network spring-cleaning fails to kick them off the air. 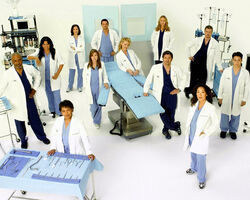 Photo: Not even Meredith Grey can save this show's over-worked story lines.

Photo: Not even Meredith Grey can save this show's over-worked story lines.

Now into its sixth season, with episodes continuing into spring 2012, the once popular and critically acclaimed "Grey's Anatomy" has little chance of recovering the magic and miracles it once created. After the third season, the drama began to flatline. The exit of characters Addison Montgomery (Kate Walsh) and Preston Burke (Isiah Washington), as well as the over-complication and over-dramatization of story lines detracted from what originally made the show so widely popular.

For fans of the old "Grey's," which won two Emmys and Golden Globes, it is hard to recognize where the show has gone since Season Four and beyond. Now "Grey's" occasionally crosses over with its sister program, "Private Practice," which makes for a bizarre and awkward merging of characters and situations. Anchor character Izzie Stevens (Katherine Heigl) is set to leave season six, and George O'Malley (T.R. Knight) will also no longer be a regular. The only good thing to come is the promised stability in Derek Shepherd (Patrick Dempsey) and Meredith Grey's (Ellen Pompeo) relationship. However, even that has become dragged out and long overdue. "Grey's Anatomy" is already in a coma; it would be best to put the show, its characters and fans out of their misery altogether. 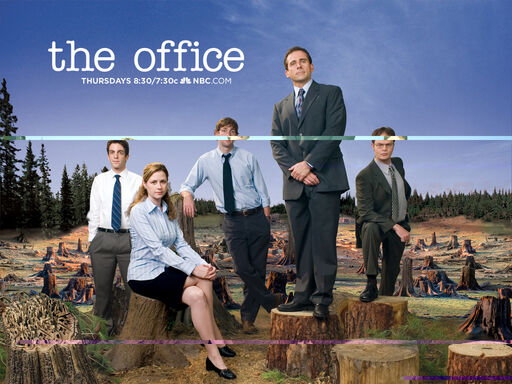 Photo: The Office has simply run out of steam.

Photo: The Office has simply run out of steam.

For this writer obsessed with Jim Halpert, it is excruciatingly painful to acknowledge that the "The Office" should be cancelled. But alas, it is time for Michael Scott (Steve Carrell) and his Dunder-Mifflin crew to pack up and move off air. Although arguably once the funniest show on television, "The Office" has simply run out of steam. Sure, Kevin (Brian Baumgartner) is just as hilariously awkward and Andy (Ed Helms) and Erin (Ellie Kemper)'s budding relationship is neat, but after Jim (John Krasinski) and Pam (Jenna Fischer) got married, they lost their cuteness and the entire office lost the gung-ho it once had. With fan favorites Jim and Pam now thrown into parenthood, making for rather grouchy demeanors, as well as the lack of solid, fresh plot lines, "The Office" has gone downhill. No more "That's what she said" jokes are to come, and no sadly, no more should come in the future.

Mercy (NBC)
With an overabundance of medical dramas on TV, NBC's "Mercy" only provides the same old clichéd plots and messages. "Mercy," which follows three nurses, Veronica Callahan (Taylor Schilling), Sonia Jimenez (Jamie Lee Kirchner) and Chloe Payne (Michelle Trachtenberg), tries too hard to be the incomparably deeper "Nurse Jackie." Simultaneously, the soap opera show fails in the juicy doctor drama department that "Grey's Anatomy" has been able to claim for so long. Although the cast of "Mercy" is replete of talent, the writing makes it so that audiences cannot connect with characters as they do with Jackie and Meredith. The writing is also less natural in comparison to the more dominant medical dramas on TV; the writers seem like they are pawing through thin air for irony and hilarity. Recently NBC's "Trauma," another medical drama, was already canceled. "Mercy" should follow suit.

Photo: After 19 seasons, it's time for Survivor to die out.

Photo: After 19 seasons, it's time for Survivor to die out.

After nineteen seasons, it's time for "Survivor" to call it quits. Although contestants change throughout seasons, the show stays static, even maintaining some of the same challenges. Contestants are thrown onto an island, compete through immunity challenges for food or immunity, then backstab and vote each other off the island - we've been there…nineteen seasons already. Despite Season 20 having been filled with much vaunted manipulation - last episode, contestant Russell got out of being voted off the island and using his Idol, "Survivor" has already been filled with bad people, good people and their woes and tribulations of dealing with each other. "Survivor," we vote you to be evicted off CBS. The tribe has spoken.

Ghost Whisperer (CBS)
After the plot runs dry, there is very little to do in shows; such is the case with CBS's "Ghost Whisperer." "Ghost Whisperer" is a supernatural show that follows the life of Melinda Gordon (Jennifer Love Hewitt), a woman who can see and pass ghosts to the other side, but never without resistance from the spirits. Although a solid show in an era of television when there aren't many other supernatural shows save for those with vampire-related plots, "Ghost Whisperer" follows a simliar format every episode - having Melinda or another character close to her, such as friend Delia Banks (Camryn Manheim) or husband Jim Clancy (David Conrad) find a haunting spirit, then leading the spirit to the other realm. With the hilarious Professor Rick Payne gone (Jay Mohr) this season, as well as the increasing focus on Melinda's son developing supernatural powers, it is time for "Ghost Whisperer" to pass over into Cancellation-dom.