Once "lucky to be alive" after injury, Alex Smith's comeback is miraculous

On a rainy Sunday afternoon at Fedex Field, a man wearing a burgundy uniform with number 11 on the back trotted onto the field for the first time in nearly 2 years

On a rainy Sunday afternoon at Fedex Field, a man wearing a burgundy uniform with number 11 on the back trotted onto the field for the first time in nearly 2 years. Washington quarterback Alex Smith had officially completed his comeback after suffering what many believed was a career-ending injury in 2018. By the end of the 2020 season, Smith led his team to an NFC East title. 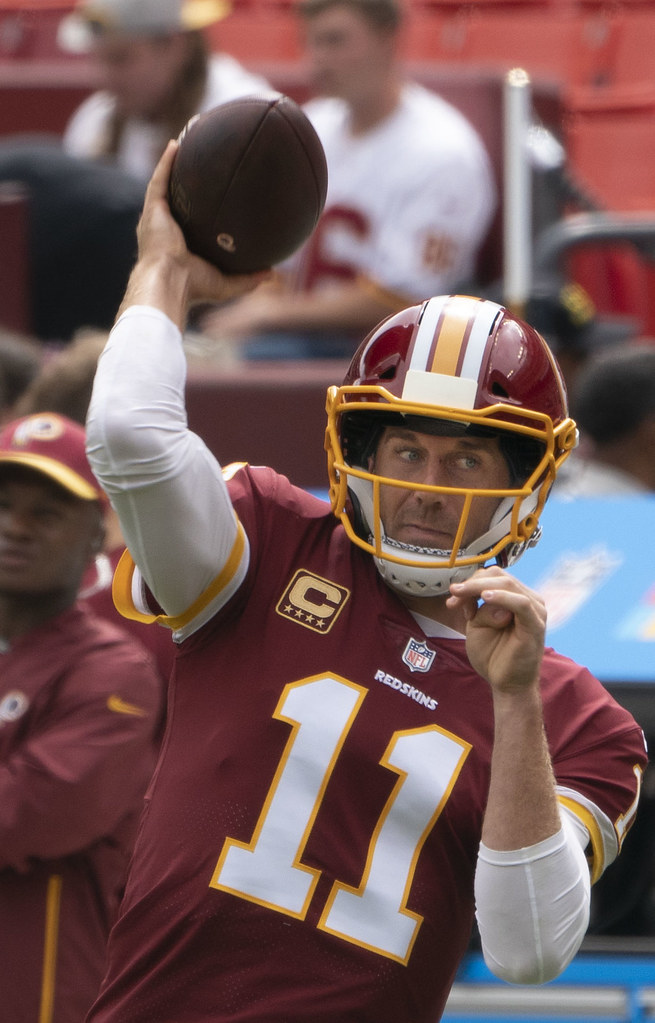 The injury occured during a game against the Houston Texans in November 2018, when Smith’s leg was bent awkwardly while getting sacked by lineman J.J Watt and safety Kareem Jackson. Smith screamed in agony as he lay on the ground before being carted off the field, silencing the crowd at Fedex Field.

The details of the injury were graphic. Smith suffered a compound fracture which resulted in two bones breaking his skin. After undergoing surgery to repair the compound fracture, his leg became infected with sepsis, a condition capable of causing organ failure. This required an additional 17 surgeries, nearly resulting in the amputation of his leg. Smith later said he is “Very much lucky to be alive, very lucky to still have my leg.”

Smith underwent most of his treatment at a San Antonio military hospital. One military doctor even referred to the injury as “war-like.” He required months of wheelchair use, crutches, and rehab.

The injury strangely occured on the 33 year anniversary of former Washington QB Joe Theismann’s infamous career-ending injury, which was almost identical to Smith’s. Besides the impact on their respective careers, there was one major difference: Joe Theismann was in no danger of losing his leg or his life.

Given the severity of his injury and its similarity to Joe Theismann’s injury, many fans and pundits wrote off Smith’s chances of a comeback. “I knew it was serious...at the time I thought he was probably never going to play again” said Andy Merrill (11). Merrill, also a quarterback for the Blair football team, felt somewhat uneasy after witnessing Smith’s injury. “I was a bit more cautious the next time I practiced, and the possibility of having that type of injury was in the back of my head but I never went out there thinking I was going to get injured,” Merrill recounted.

Despite the adversity, Alex Smith never lost his determination to return to the field. Shortly before the 2020 season, team doctors cleared the veteran QB to begin practicing, giving fans optimism that he would return. “I started to believe Smith would play again during the offseason when he was working out and doing drills on the field again,” said Merrill.

Smith remained sidelined throughout the first 4 weeks of the season until coach Ron Rivera benched second-year QB Dwayne Haskins. Despite suiting up for a game against the Los Angeles Rams, Smith was expected to remain as backup to Kyle Allen for at least the next few games. When Allen was injured in the first half, Alex Smith stepped back into action. He completed his first pass to running back J.D Mckissic, then smiled in the direction of the camera. “When the announcer said Smith was warming up to enter the game, I was very surprised and excited...it was surreal to say the least to see him come back from that injury,” Merrill remembers.

This season, Smith threw for 1,582 yards, 6 touchdowns and completed 66.4% of passes. Despite finishing with a losing record, Washington won the NFC East due to a mediocre division.

The return of Alex Smith is nothing short of a miracle. The odds of coming back from this injury were slim at best, yet he defied them. Finding the courage and resilience of Alex Smith is difficult, and local fans should feel proud to have him representing our city. In what has been an otherwise tumultuous year for the franchise, Washington fans deserve to witness a player wearing burgundy and gold pull off a miracle and send his team to the playoffs.