Once more onto the breach

On Aug.31, an anonymous 4chan user leaked nude photos of over 100 celebrities such as Jennifer Lawrence and Kate Upton. The photos quickly spread over various social media sites. Some of these victims have come out saying that their photos are fake, while others have confirmed that the photos are real. No matter the situation, this is a violation of privacy and, even more, it is an example of the shaming and objectifying women that needs to be stopped. 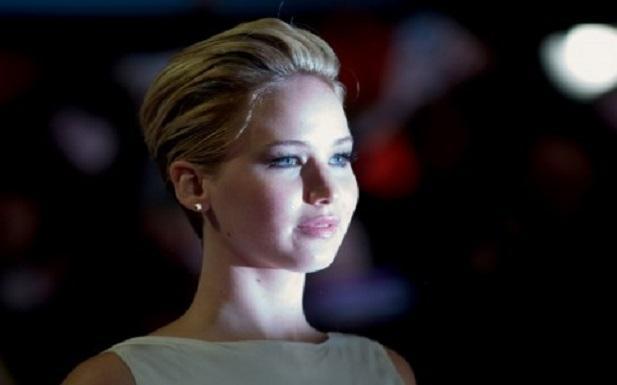 Photo: Jennifer Lawrence at the world premiere of her film "The Hunger Games: Catching Fire" in London.

Photo: Jennifer Lawrence at the world premiere of her film "The Hunger Games: Catching Fire" in London.

After the photos were posted online, people went to their twitter accounts to voice their opinions. One main argument they have is best epitomized by comedian Ricky Gervais, who tweeted, "Celebrities, make it harder for hackers to get nude pics of you from your computer by not putting nude pics of yourself on the computer." This is basically the same argument that's been made in health classrooms over the country as abstinence-only sex education, which says that the only way to prevent pregnancies and STDs is by not engaging in risky activities. As blogger Kelsey Mckinney said in her article, just because people say don't do it, doesn't mean these things won't exist. Additionally, Gervais and those who shared his opinion are just an example of people blaming the victim for instances where they did nothing wrong. It goes in the same category as society saying that women shouldn't wear certain clothes or look a certain way if they don't want to be harassed or sexually violated. Those pictures were on the Lawrence and Upton's personal phones. They are over age, therefore committed no crime. It is not up to other people to tell these women what they can do on their own time.

Whoever is responsible for leaking the photos is obviously at fault. However, those re-posting the photos are just as much contributing to the crime. Those photos have been shared on various social media sites hundreds of thousands of times. John Meneses, a man who spread the photos on his Reddit page, said in an interview that "for the rest of the internet finding these pictures and posting them – it's already out there." However, those personal photos were taken in private, not with the purpose to be shared with the internet. It doesn't matter that these women are living in the public eye, they did not consent for these photos to be shared. Therefore every person who looks at the pictures, even those who are just curious, are infringing on the privacy of these women.

The victims of this hack have at least somewhat consented to this lifestyle of being a celebrity. But this does not justify the hackers exposing the personal photos. They are breaking the law. A spokesperson for Jennifer Lawrence stated that "the authorities have been contacted and will prosecute anyone who posts the stolen photos of Jennifer Lawrence." Celebrities do have some of the same rights as other people. Although they live such public lives, they still have privacy rights. The Intrusion upon seclusion law states, "One who intentionally intrudes, physically or otherwise, upon the solitude or seclusion of another or his private affairs or concerns, is subject to liability to the other for invasion of his privacy, if the intrusion would be highly offensive to a reasonable person."

In 2012, a man named Christopher Chaney hacked into the accounts of women,including Mila Kunis and Christina Aguilera. He was convicted and is currently serving 10 years in prison. This is more than hackers denying privacy rights to women. This is an incident of women being objectified and it is unacceptable. This incident just illustrates how people need to give women their privacy, respect and let them have a choice in what happens with personal matters.