“Once Upon a Time…” in Tarantino’s childhood

“Once Upon a Time… In Hollywood” is sure to whisk the audience back to 1969 Los Angeles. The movie, directed by Quentin Tarantino, captures the luxury and absurdity of old Hollywood. The story follows Rick Dalton (Leonardo DiCaprio), an actor known for playing the “bad guy” in TV westerns, and his stunt double Cliff Booth (Brad Pitt). 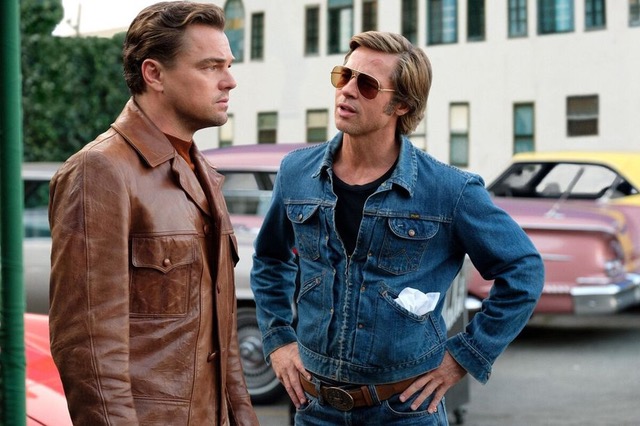 Photo: “Once Upon a Time… In Hollywood” is a throwback to the 1960s starring Leonardo DiCaprio and Brad Pitt. (Courtesy of Columbia Pictures)

Photo: “Once Upon a Time… In Hollywood” is a throwback to the 1960s starring Leonardo DiCaprio and Brad Pitt. (Courtesy of Columbia Pictures)

Rick Dalton’s claim to fame is his role as the villain in “Bounty Law,” Tarantino’s recreation of a classic Western within the movie. “Once Upon a Time… In Hollywood” leads the audience through Dalton’s experience finding his way through a Hollywood that no longer values his work. With Booth acting as his best friend, chauffeur and assistant all while being his stunt double, Dalton struggles to navigate the decline of his career.

The movie also delves into the true story of famous actress Sharon Tate (Margot Robbie), who was murdered by members of the Manson family— a cult led by Charles Manson in the California desert— in the summer of 1969. While the movie does not depict the murder of Tate, Cliff Booth’s fictional interactions with a hippie girl named Pussycat lead to a strange encounter with the cult living on an abandoned ranch.

As the name suggests, this film is simply a story told about the past. Tarantino presents the Hollywood he grew up with to the younger generation. While the story is compelling and the acting is excellent, its nostalgic nature is what makes it so unique. “Once Upon a Time… In Hollywood” is a compilation of Tarantino’s interests: the architecture, fashion, music, slang and more just scream 1960s. For a new generation of moviegoers who aren’t familiar with this era of Hollywood, this movie has the potential to be a compelling throwback.

Quentin Tarrantino is a critically acclaimed writer and director whose most well-known movies include “Pulp Fiction” and “Kill Bill.” His movies are also known to include some extremely graphic violence and pop culture references, both of which appear in “Once Upon a Time… In Hollywood.”

Both DiCaprio and Pitt give excellent performances, making the audience cry one minute and laugh the next. While the movie was generally comedic, some moments left audiences close to tears or with fearful goosebumps.

Although the references to Hollywood’s golden age and the excellent acting were noteworthy, it is difficult to stay interested during the first half of the movie since the story moves at a grudgingly slow pace. However, the end of the movie certainly does not disappoint with its sudden change in tone.

“Once Upon a Time… In Hollywood” isn’t for those who prefer to stay away from stylized and nuanced films with many overlapping storylines. While Tarantino exemplified the masterful directing that he is known for, the nostalgia of this movie may be lost on some.

For audiences that appreciate Tarantino’s style and love old Hollywood films, this is the perfect summer movie.

“Once Upon a Time… In Hollywood” is rated R for graphic violence, strong language, and alcohol and drug use. It is playing at Regal Majestic & IMAX and the AFI in Silver Spring.


Tags: movie review once upon a time in hollywood tarantino