One more for the road

It was 1 a.m. on a weekend night last June when Adrian, a senior, heard his phone ring. His mom was in the hospital. Adrian stood up - and stumbled over. He was intoxicated at a graduation party. Desperate to be with his family during their emergency, he dropped his drink, hopped in his Nissan Ultima and headed down University Blvd.

Photo:
Adrian has had his driver's license since 16 - the same age at which he started drinking. Adrian is among millions of American teens who choose to drink alcohol illegally and then choose to operate a vehicle while inebriated. According to a study by the U.S. Department of Health and Human Services, 4.6 million people ages 16 - 20 reported driving under the influence of alcohol or drugs during the past year. Car crashes are the leading cause of death among teenagers ages 15 - 18, with 28 percent due to drunk driving, according to the National Highway Traffic Safety Administration. These numbers have not stopped high school students, including Blazers, from getting behind the wheel after drinking, endangering themselves and others.

While drunk driving is a problem among teenagers, the issue of underage consumption of alcohol is the underlying threat to youth, according to Stephen Wallace, CEO of Students Against Destructive Decisions (SADD). SADD, the organization responsible for placing the symbolic wrecked car in Blair's student parking lot during homecoming week in November, initially focused on educating against impaired driving, but later expanded to educating students about drinking as a harmful activity in general. A survey compiled by the U.S. Substance Abuse and Mental Health Services Administration revealed that 10.8 million Americans aged 12 - 20 reported having consumed alcohol in the last month. "The problem is more than drunk driving," Wallace says. "They first make the mistake of consuming alcohol."

While en route to the hospital, in a moment of confusion, Adrian drove through a red light. "I don't know how it happened, but the light changed before I could register it," he says, referring to a slowing of reflexes that occurs when alcohol is in the bloodstream. As he drove through the intersection, Adrian saw the flashing lights of the police car behind him and soon faced a Driving Under the Influence (DUI) citation. 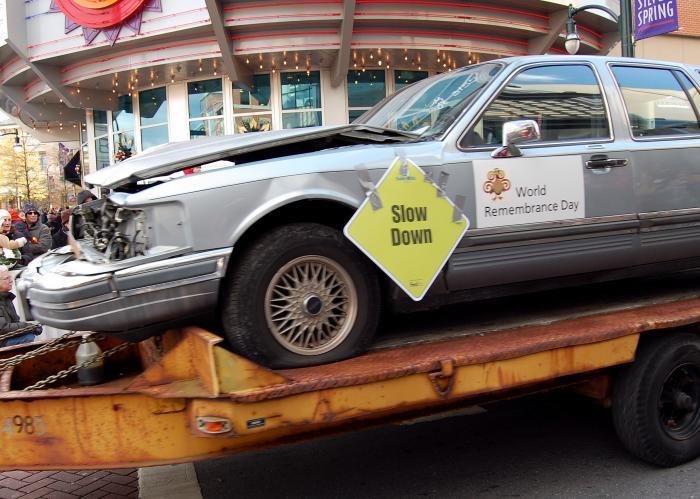 Photo: At the Silver Spring Thanksgiving Day Parade last month, spectators were provided with a grim reminder of the consequences of drunk driving.

Photo: At the Silver Spring Thanksgiving Day Parade last month, spectators were provided with a grim reminder of the consequences of drunk driving.

Before his DUI, Adrian says, he would have avoided drinking if he knew he was driving. "Usually, I'm really good at parties if I am driving," he says. But on that evening in June, it was all about peer pressure. "They were telling me to have one shot, then two shots, three shots, four shots. I'm usually in better control."

Patrick, also a senior, can attest to drinking to fit in. "Most of my friends are older," he says. Peer pressure caused Patrick to drink so excessively that he blacked out last fall. "My friends said I was going crazy," he says. "I don't remember leaving the party." What Patrick later learned was that he evaded concerned friends and drove away from the get-together. After driving recklessly for about a mile, Patrick's car skidded off of the road and crashed. "I went straight into a pole," he says. "I split the car in half."

Patrick was not aware of his accident until he woke up in the hospital - three days after the collision. The car's impact broke five ribs, separated his shoulder, punctured his lung and impaired his vision. "I'm still temporarily blind in my left eye," he says.

Sergeant Tim Kwaloff of the Montgomery County Police Department attributes accidents like Patrick's to teenage arrogance. It's an issue that ends up not only killing teens, but also injuring innocent people. "They don't think they can get hurt," he says. "If they're lucky, they only hurt themselves. But oftentimes, it's the mothers, fathers and pedestrians minding their own business who get hurt as well."

Sophomore Julia Tait understands what it is like to be the victim of drunk driving. Last November, Tait and her mom were on their way home from the grocery store when a van rear-ended their car. Tait's mind immediately went blank. "At first I didn't feel anything," she recalls. "I was in shock." 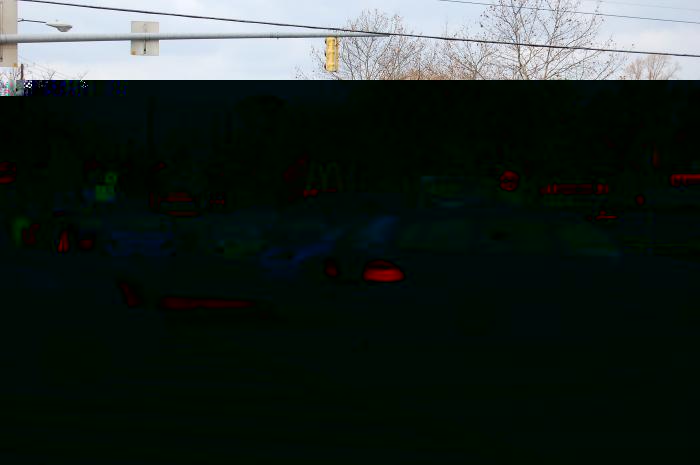 Photo: Cars whiz by on University Boulevard at Colesville Road, close to where Adrian ran a red light and received a DUI.

Photo: Cars whiz by on University Boulevard at Colesville Road, close to where Adrian ran a red light and received a DUI.

The adult driver of the other car approached Tait's car after the accident and slurred his words as he tried to apologize. "You could smell [alcohol] on his breath," Tait remembers. She and her mom had to be taken to the hospital, where Tait was treated for a cervical lumbar strain as well as neck and back injuries. Her mom, who prior to the accident had chronic back problems, still suffers from severe pain that was worsened by the crash. "I'm not going to hold a grudge," Tait says. "But it did mess me up."

Beyond the rearview mirror

Although programs like SADD work vigorously to try to keep teenagers from driving drunk, rates of alcohol-related crashes continue to rise. "We saw a decline for years," Wallace says. "But now numbers are starting to increase again."

Patrick's accident did not spark an overwhelming transformation among his circle of friends - he currently has another friend in the hospital after driving drunk. Even Patrick himself still attends alcohol-filled parties. "After that accident I cut down my drinking," he says. "I still go to parties but I don't drink and drive."

Wallace believes that too often young people risk their lives for a good time. "They fall victim to the notion of invincibility," he says. "They think they can't be injured, in an accident or killed - they're wrong."

Adrian's DUI permanently damaged his relationship with his parents. "Imagine my dad coming from the hospital to pick me up from the police station," he says. "Every decision I make does not just affect me," he learned. His parents still have trouble keeping trust - though he isn't actively working to regain it. Less than six months after getting the DUI, Adrian's phone rang. It was his dad, simply concerned about Adrian's whereabouts. Intoxicated at a party, he grabbed a female acquaintance, and, as they had rehearsed earlier in the evening, she pretended to be his girlfriend and spoke with his dad to cover for his lie.

While he still has trouble justifying why he still drinks underage ("its just fun, you know?"), Adrian swears that he will never drive drunk again. "You own yourself and if you choose harm yourself, do it," he says. "But do something that puts others at risk - well that's just stupid."