On Friday, July 22nd, President Barack Obama officially announced the end of the ‘Don't Ask, Don't Tell' Policy (DADT), which banned openly gay men, bisexuals and lesbians from military service for the past 17 years. The ban will be lifted in 60 days, on September 20, 2011. 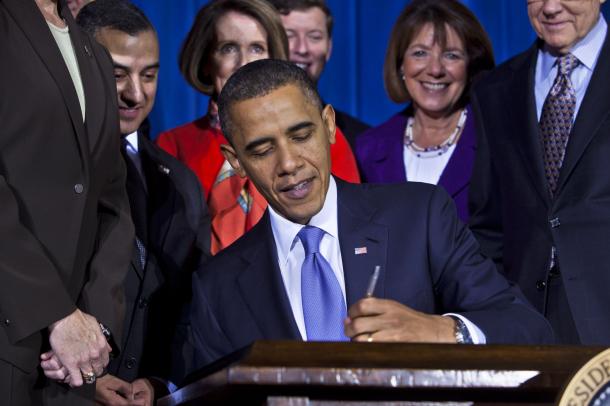 According to Pentagon officials, the two-month waiting period is in legislation because of the late Senator Robert Byrd, who supported the bill in 2010 and demanded that the issue return to Congress for a two-month review period. The time will be used to throughly review the various possibilities of extending some limited health, housing and other legal benefits to same-sex couples.

Although many people may see the repeal as a major breakthrough, it is the first of countless steps needed in order for acceptance of gays not only in the military, but throughout the United States. The DADT policy has been a controversial topic ever since it was established, and the announcement of its repeal has certainly brought in mixed reviews. The repeal is a great leap forward, but the battle should not end there. Same sex married couples in the military should get full benefits just like their peers in the military.

Conversely, some believe that gays, bisexuals and lesbians will always have a hard time finding acceptance wherever they go, and that the end of DADT is a good enough step forward. Letting homosexuals into the military without giving them full benefits, however, is both unfair and contradictory. Between 1996 and 2011 the percentage of those who think marriages between same-sex couples should be recognized by the law, with the same rights as traditional marriages, has doubled to 53 percent, according to a Gallup poll. Another review by the Pentagon showed that 70 percent of 115,000 soldiers and 44,000 military spouses were in favor of repealing the ban once and for all.

As of right now, the Defense of Marriage Act prohibits the Pentagon from giving federally financed benefits to same sex married couples. Those numerous benefits include health insurance, housing, legal counseling, access to base commissaries, certain types of death benefits and more.

Not giving same sex couples the benefits that they deserve undermines the standard of fairness and equality that President Obama is trying to set by repealing DADT. Having the same duties as well as the same benefits certainly contributes to unit cohesion, effectiveness and readiness, which should be the one of the main focuses in the military.

Ideally, the repeal of this policy would be more than enough to promote equal treatment of all sexualities, but it certainly isn't. This sensible and long-overdue change of policy is a great start, but the battle for equality is far from over. The saga of ending "Don't Ask, Don't Tell" has been playing out for a long time. By this repeal process taking longer than it should, one can only hope that full benefits will be given to all of the men and women serving our country in the military, regardless of their sexual orientation. Change most certainly won't come overnight, but hopefully it will be worth the wait.