Openness with a capital "O"

Tenth grade Communication Arts Program (CAP) journalism teacher Anne Cullen had not expected a response. After watching an episode of "Oprah" during her maternity leave in summer 2008, Cullen was inspired by the daytime queen to apply CAP to the talk show host's O Ambassadors program, an international program that encourages youth to participate in charity. In October, a surprising reply came: CAP sophomores were officially O Ambassadors. 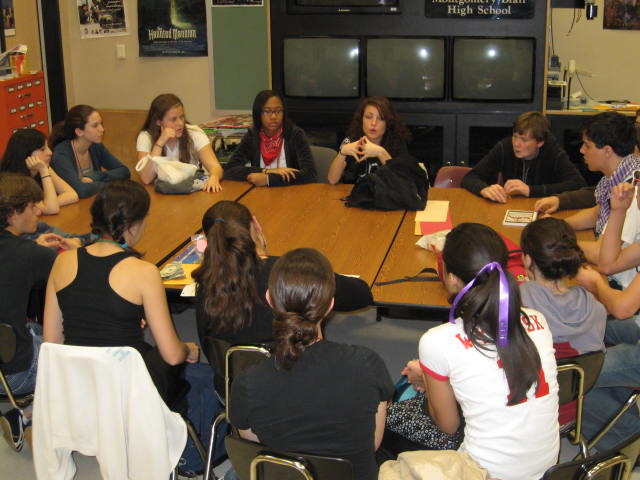 After being accepted for the program, the sophomores have been participating in the new community service initiative, which has replaced CAP's original Aim to Change interdisciplinary project, according to CAP Coordinator John Goldman. The new project will globalize CAP community service efforts, which for 20 years had been largely devoted to addressing local issues.

Sponsored by Oprah Winfrey's Angel Network and the Free the Children organization, the O Ambassadors program focuses on making young people more active in society. Elementary, middle and high school educators apply to the program, and once accepted, they must form an O Ambassadors Club at their school. Instead of forming a club, however, Cullen decided to incorporate the community service agendas specified by the program into her CAP students' educational curricula.

The CAP sophomores will raise money and awareness for the Sichuan Province in China, which was affected by a devastating earthquake this May, according to Goldman. The fundraising will target four areas of concerns called UN Millennium Development Goals (MDGs) - poverty, health, education and sustainable development. The sophomore CAP class has divided into four groups, each of which addresses one MDG. This team division has even spurred friendly competition to see which group can raise the most money for the O Ambassadors program.

A CAP tradition, Aim to Change focused on developing service projects for local and regional communities. Projects in the past included extending Ride On bus services to 7 p.m. and building playgrounds for handicapped children, according to Goldman.

The O Ambassadors program is a new experience for all students and teachers this year. Although students are only at the beginning stages of the program, they are excited and hopeful about further delving into the community service project. Sophomore Elizabeth Spilsbury, a member of the MDG poverty group, enjoys the concept of the project. "It's a lot of work, but it's a nice break from regular schoolwork. It's stimulating to do something real," she says. 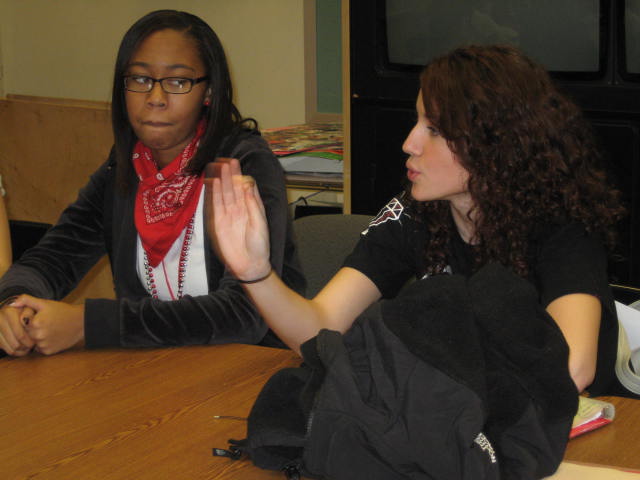 Currently, the sophomores are researching and writing proposals for the program. With the other members of her group, sophomore Ava Wallace, student leader of the MDG sustainable development group, is brainstorming ideas to raise money. "We have lots of ideas for fundraising, like fundraising at Homecoming and doing bake sales," she says. All CAP sophomores plan to sell Capitals tickets at discounted prices at the Verizon Center on Dec. 12. Although that is the only definite plan to raise money now, the students have plenty of ideas, including creating a booth at Blair Fair in the spring, and fundraising at Montgomery County Library carnivals.

The students are also documenting their progress, according to tenth grade media teacher Shay Taylor. "All groups are blogging, and specific people are assigned to blog and do a daily feed," Taylor says. Students are taking pictures of meetings and recording their experiences on video. A possible documentary of the sophomores' participation in the O Ambassadors program is "up in the air," Taylor says.

Initially, several sophomores were reluctant to participate in the O Ambassadors program, including the student leader of the MDG poverty group, sophomore Sam Edelman. "At first I was sort of reluctant about the program because it seemed less personal. But as we've been working on it, it doesn't matter, as long as we help people who need help," Edelman says.

The CAP curriculum emphasizes service, which is a two-fold accomplishment. By performing charity work, the students help their communities and learn teamwork skills. For CAP, the spotlight of service has brightened due to the increasing importance of the world and community in everyone's lives. In order to help others, Goldman wants his students to think about one question: "They've done this for us. What should we do for them?"

The program arrived just on time to reflect a transforming global society. "It's sort of a mark of the changing world - we need to think bigger," Taylor remarks.