Opinion: Is Batman good for Gotham?

Is dressing up in tights really the most effective way to keep Gotham City safe?

As Americans all over the nation re-evaluate the role of police following the murder of George Floyd, Breonna Taylor, and countless other innocent Black people, the justification of the existence of Batman must also be examined, a character who at times embodies the worst of American policing. This is because Batman is essentially a police officer with even more funds and even more aggression.

Batman treats Gotham as his personal playground, hunting down criminals and escapees from Arkham Asylum, only to punish them with savage brutality, treating each lawbreaker that crosses his path like a personal punching bag. While he does not kill, this type of violence is sure to breed years of mental and physical trauma within his victims.

However, The Gotham City Police Department (GCPD) is also so corrupt and incompetent that it breeds the need for a vigilante to bring order back to the city, that vigilante being Batman. The Gotham City Police Department (GCPD) is notoriously corrupt, perhaps best illustrated in the graphic novel“Batman: Year One” by Frank Miller, David Mazzucchelli and Richmond Lewis. The GCPD spends its resources protecting organized crime like Carmine Falcone, aiding the persistent drug trade assaulting the communities they have been hired to protect.

Yet just because Batman is the response to a corrupt police force doesn’t mean the existence of Batman is in the people’s best interest. While having more police officers is a common method used to decrease crime in certain areas, a former NYPD official-turned police consultant named James McCabe told USA Today that to drive down crime rates, “It’s not [the number of officers] you have, it’s what you are doing with them,” McCabe said.

Not only is Batman over policing Gotham, he is doing so ineffectively. Regardless of how many punches he throws, crime in Gotham does not go down. Arguably, Batman’s insistence on this physical style of crime fighting enables crime to persist, rather than be attacked at its core. In this same way, American policing is also ineffective.

The question becomes, what can Batman do?

The answer is very little. Batman has established himself as a symbol of fear, not hope, and as a harbinger of vengeance, not justice. However, Bruce Wayne could do a lot to help Gotham City. 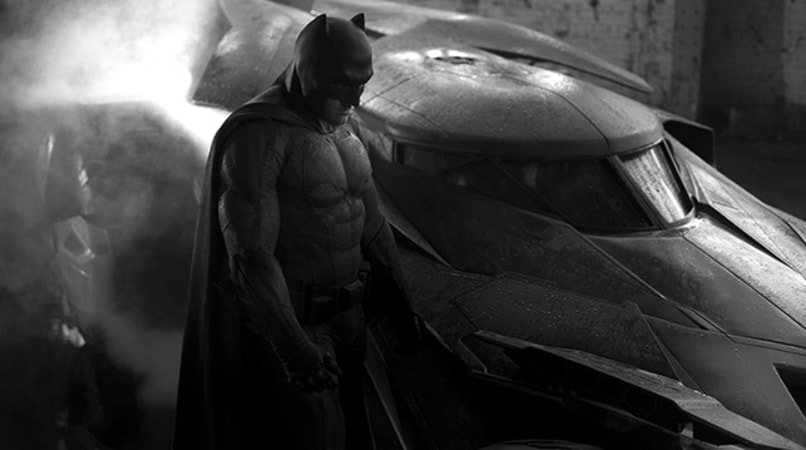 Is Batman good for Gotham?

Photo: Batman's dark and violent crimefighting is ineffective at tackling the problems it is supposed to solve (Courtesy of Warner Bros. Entertainment Inc).

Photo: Batman's dark and violent crimefighting is ineffective at tackling the problems it is supposed to solve (Courtesy of Warner Bros. Entertainment Inc).

As America reckons over the current state of police in this country, people everywhere are wondering what alternatives are there to modern policing. Luckily, there are several popular theories that could work just as well in Gotham as in America, particularly if Bruce Wayne is involved.

One of the popular cries from protesters across the country is to defund the police and redirect those funds into community programs. In Batman’s case, it would mean redirecting the money billionaire Bruce Wayne uses to dress up like a bat away from crime fighting and towards programs led by citizens of Gotham who have a better grasp of what goes on in their city.

He could also donate money to various programs in Gotham and help create new ones. If he’s willing to risk his life and dress up like a bat, he should be willing to help his city in nonviolent ways also. Such programs currently exist all over the world, such as Cure Violence Global (CVG).

CVG attempts to stop future violence by utilizing the Cure Violence model. This model dates back to 2000, when Cure Violence’s founder Dr. Gary Slutkin, M.D., created it to be initially used in Chicago’s West Garfield Park. For the next 8 years, Cure Violence operated in the United States until 2008 when it began spreading the model to other parts of the world.

The Cure Violence model identifies those at the highest risk of engaging in future violent conflicts, and works with the community to solve conflicts and treat people who are at risk. These types of methods appear to work. In 2017, the Cure Violence model led to a 63% decrease in shootings in New York City and a 30% decrease in shootings in Philadelphia.

Not only could this type of organization decrease violence in Gotham City, it could also be more beneficial to the citizens of Gotham in the long run, as it relies on building relationships with communities. Batman, however, has no such reliance, and through his actions destroys any hope he has of building such a relationship.

Protesters all over the country are also calling for police funding to be redirected into mental health services for people. Using Bruce Wayne’s money to ensure more citizens of Gotham had access to adequate mental health resources would also prove extremely beneficial to Gotham City.

In 2019’s “Joker,” Arthur Fleck is a mentally ill man living in extreme poverty in a 1980s Gotham City. One of the events which sets Fleck on his path to becoming the Joker is that funding for social services is cut and he can no longer see his therapist. Arguably, if Fleck had access to proper mental health resources, he may not have become the Joker, the most constant threat to Gotham City and thorn in Batman’s side.

However, the Joker is an extreme case. The majority of patients with mental illness won’t become Jokers, or any kind of super-criminal, but that doesn’t mean that throwing them in prison is an effective solution (or Arkham Asylum, in Batman’s case). In a study done by the Bureau of Justice Statistics halfway through 2005, 56% of state prisoners, 45% of federal prisoners and 64% of jail inmates had a mental health issue. Therefore, Batman’s violent approach to criminals isn’t effective at helping people or Gotham, but just adds more trauma. Instead, Bruce Wayne could use his wealth to help fund or create programs like Crisis Assistance Helping Out On The Streets (CAHOOTS).

CAHOOTS operates in Springfield and Eugene, Oregon. It uses experienced medics and crisis workers to help people struggling with substance abuse and mental health issues. Instead of punishing people and throwing them in jail for these struggles, CAHOOTS helps them stay out of jail and get help: an approach that would overall make Gotham better for all of its people.

Batman is a deeply complex character, which has contributed heavily to his strong presence in American culture. But, to call him a hero isn’t accurate. Rather than overcome the evil in his city and attempt to bring out its deeply buried good, he decides to become a monster, to rid his city of fear and violence by embodying fear and violence. While Batman may not be killing people, can he still be considered a “good guy?”

If Batman cannot figure out a better way to help Gotham while in the tights, it may be better to put them away. He should consider embracing his other half, Bruce Wayne. In the modern age, he may have the power to do far more good through philanthropic efforts than Batman ever could.