This "horror" film fails to scare or excite

Warning: This review may contain spoilers

Films often take advantage of the whole "this is based on a true story" or "this could happen to you" theme to make their stories more engrossing and frightening. "Ouija" attempts to do this too, but it completely drops the ball. The movie takes the age-old idea of talking to dead spirits through an Ouija board and fleshes it out into a dull, scattered story filled with clichés. And while the film is labeled as "horror", it fails in that aspect too. Boo. That's about as scary as it gets.

Throughout the film, "Ouija" seems to border in parody. It's as if the director, Stiles White, threw in all the horror movie clichés he could find. There's the innocent children messing with dangerous forces, the old, wise lady and yes, even the creepy doll (its purpose in the film is obscure).

While the eerie setting - a dark, lonely house - and the supernatural events are tolerable, the sound effects are not. Every "scary" thing that happens is preceded by at least thirty seconds of creepy music, usually culminating in shrilling violins. It's as if we are being told in advance that we will be scared. After the lengthy (and over time, annoying) preparation when the "scary thing" actually occurs, we almost always hear a loud "boom" or some other absurd sound effect that is supposed to make us jump out of our seats. Even worse, the "boom" normally accompanies something that is simply not frightening, such as an oven turning on by itself. Usually, the camera also awkwardly jumps to the supernatural event, making the scene all the more laughable.

Adding on to "Ouija"'s list of problems, the plot and character development are too shallow for the movie to have any meaningful scenes. Like so many other movies in 2014, the characters are cardboard and the deaths of the characters are meaningless. When Debbie dies, there is an extended scene of (clichéd) mourning that is intended to move the audience but only feels awkward to us since we have no idea what Debbie is like. The mourning goes on for so long that eventually, it becomes boring. The reason "Ouija" is so dull is because this scene is not unique: there are so many other sections in the film where extensive dialogue and buildup lead to nowhere. The plot is scattered and incoherent, even up until the finish. Alas, the ending is a very disappointing one. 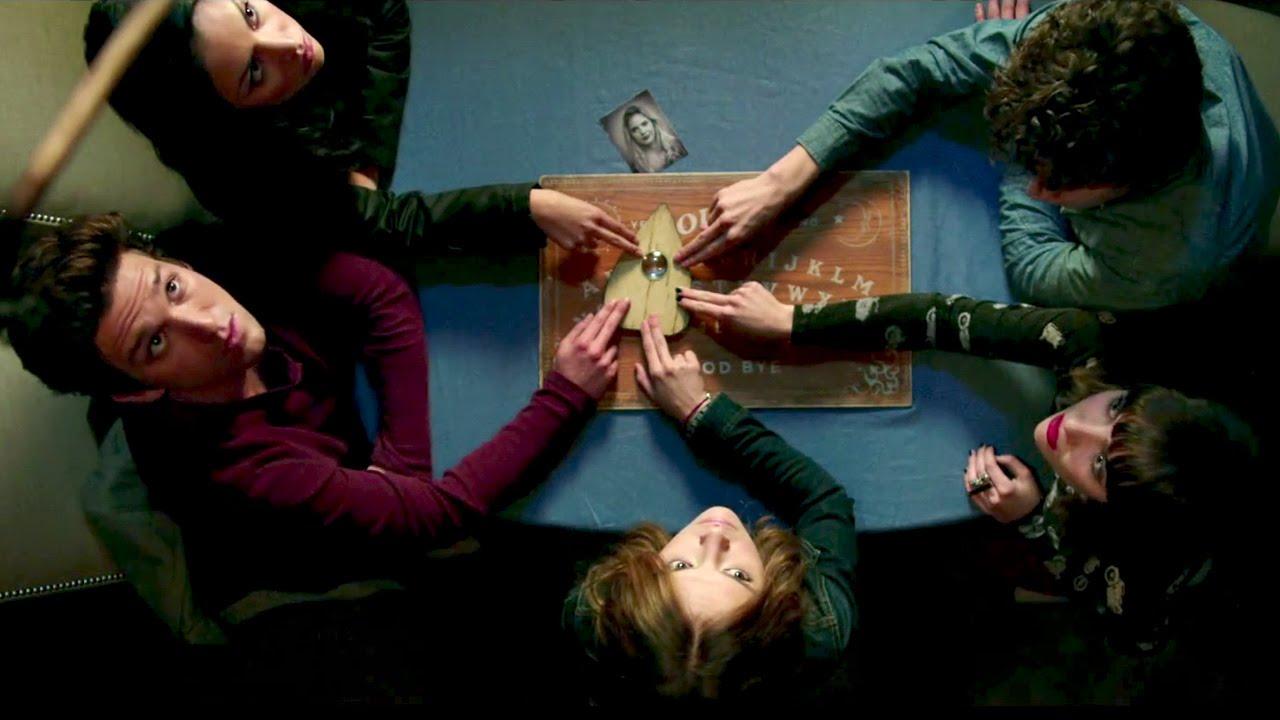 Photo: The gang plays a game of Ouija to try to connect with Debbie.

Photo: The gang plays a game of Ouija to try to connect with Debbie.

However, the graphics, although not exceptional, save the film from being a complete joke. Whoever did the makeup for the mother spirit (Claudia Katz) did a great job, creating something truly fearsome. Still, the extended scenes of computer graphics are not very believable and simply look like they are from an overhyped Disney Channel Halloween movie.

Ultimately, "Ouija" is a poorly developed movie that relies on jump scares and will be quickly forgotten. If you want a riveting story with truly good scares, there are so many better options than "Ouija": Poltergeist, Jaws or any book from the A to Z Mysteries series.

"Ouija" is rated PG-13 for horror themes, violence and some strong language and is playing in theaters everywhere.