With the school year underway, the fall sports season is just kicking off. Blair athletes of all different sports now have to manage a grueling schedule that demands lots of late nights and hard work.

Desmond Colby, sophomore quarterback for the Blair Blazers football team, wakes up every morning around 5:30. Sometimes he has to be mentally productive in the mornings, finishing homework from the previous night. "There are times when I just can't really get all of it done but in the end it's just worth it [to be able to play football]," Colby says. 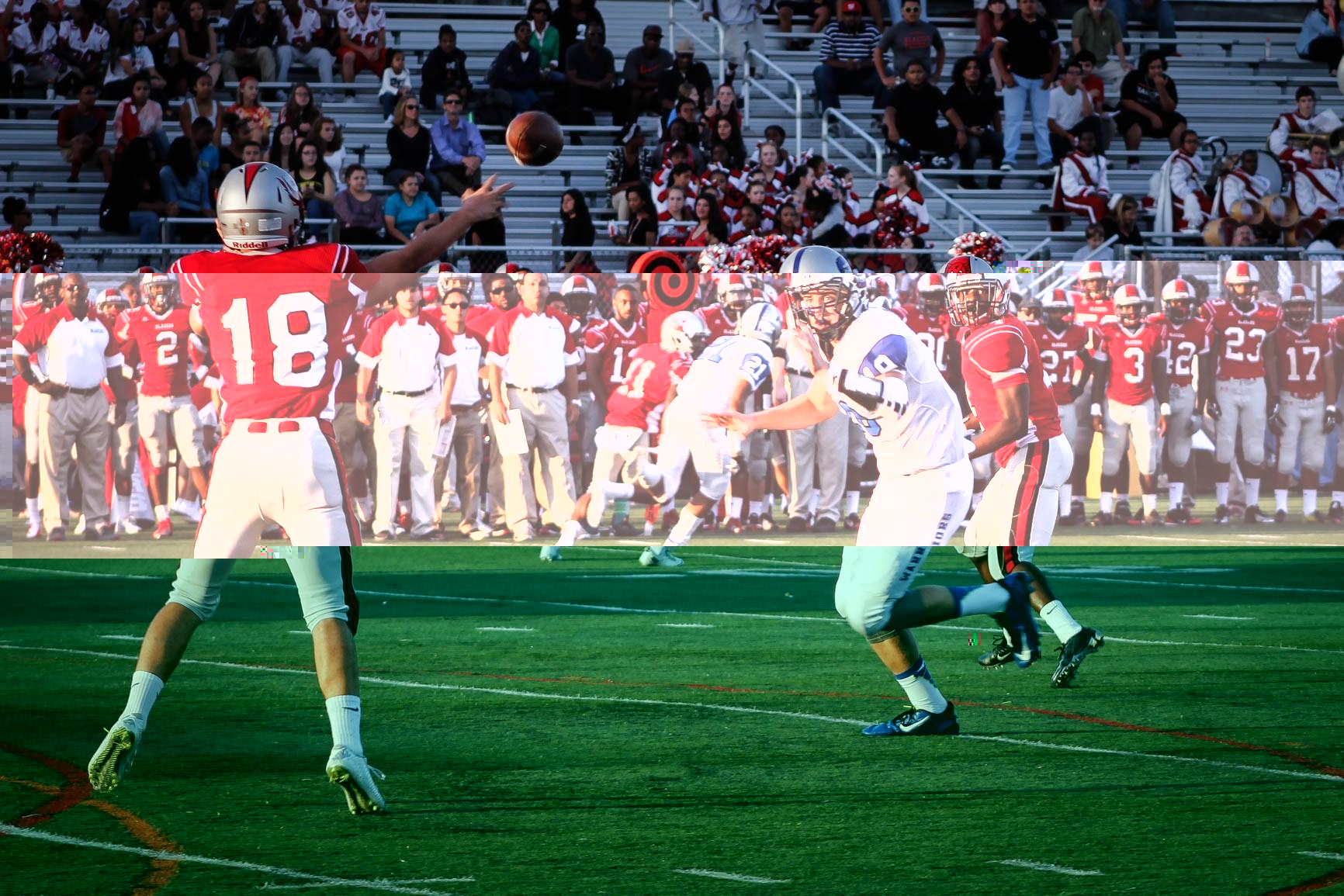 Photo: Sophomore quarterback Desmond Colby's hard work off the field is what makes him successful on the field.

Photo: Sophomore quarterback Desmond Colby's hard work off the field is what makes him successful on the field.

Junior Camille Franks of the girls' varsity soccer team is a little less productive than Colby in the morning. Most nights, Franks goes to bed around 11:30 or later. "I wake up at 5:43, but my mom usually comes in at 6:00 and actually wakes me up, and then I lay in bed for 10 more minutes, and then I actually get up," Franks says.

Colby and Franks both agree that on game days, it can be hard to focus in school. "On game days I'm usually just sitting in class thinking about the game, which is bad," Colby notes. Franks agrees that as the day goes on, her focus shifts further and further away from school, and more towards soccer.

While some Blair athletes might be a little distracted on game days, they can all agree that following a game day, their emotions different depending on the outcome of a game. "If we win, I'm usually super happy and pumped up the next day, but if we lose I try to be motivational to keep pushing through, so I guess I am usually a little sad and down and blue, but you just have to push through and overcome those things and keep working through it," Franks says.

After school, before practice

Blair differs from other high schools in terms of their practice schedule. While most high schools in Montgomery County can begin practice promptly after the 2:10 bell rings, the Blazers are forced to wait until 3:00 to begin so students with a ninth period can play sports as well. Those students have to rush out of their ninth period straight to practice, but most student-athletes have some free time on their hands.

"Depending on the day, sometimes we'll watch film on the previous game or we'll have a study hall," Colby says. For Nguimfack, study hall is the place where he usually gets most of his homework done. Franks likes to relax during her time. "I go hang out with the squad in the team room, and sometimes I'll go get Chipotle. But if I go get a big burrito, I feel like I want to die during practice," she notes.

Before games, Blair athletes use music to pump themselves up and prepare themselves mentally. "To prepare for games, I blast my music the whole time, and we have a warm-up mix that plays in the stadium as well," senior Sammy Wichansky, a captain of the varsity field hockey team, says. While he listens to music, Colby likes to sit down and focus on what he needs to do in the upcoming game.

For Colby, being the starting quarterback of the varsity team as a sophomore is a big job. During the Blazers' most recent football game against Sherwood, the fans at Blazer Stadium gave him plenty of support, chanting "Desmond Colby" following a second-quarter touchdown. The fans didn't give up on him at the end of a rough game either, chanting "We support Desmond" after he threw an interception.

For student-athletes, practice ends anywhere from 5:30 to 6:15 depending on the team. After spending almost 10 hours of their day at Blair, they are left with little time to finish their homework. This, ultimately, is what leads to the late nights and lack of sleep. 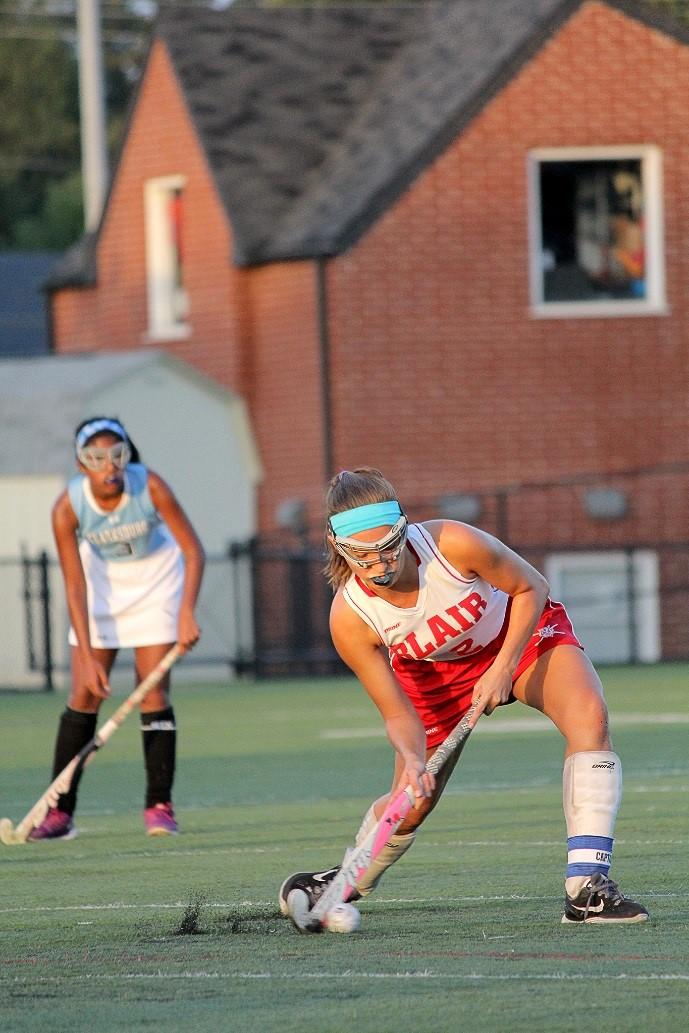 Photo: Sammy Wichansky has to manage her time between field hockey and college applications.

Photo: Sammy Wichansky has to manage her time between field hockey and college applications.

The lack of time doesn't leave any room for relaxation. "I go home, and I eat so much food, like a pound of food, I'm not kidding or over-exaggerating. And then I do three hours of homework, not over-exaggerating," Franks says. Wichansky has to deal with college applications on top of her homework. "It's never-ending," she notes. Following practice, Nguimfack goes home and helps out around the house. "After practice I usually take care of my sister and help my mom with cooking," he states.

While these Blair athletes have to grind out their demanding schedules day-to-day, they all agree that they perform better academically during their sport's season. "I do better in school during field hockey season, because I don't have a lot of time so I always have to time-manage," Wichansky says.