The decertification of the National Football League (NFL) left fans around the country in shock. Let's be honest – most people didn't think it would go this far and were hoping for a quick fix so that there would be a guaranteed football season this coming September. 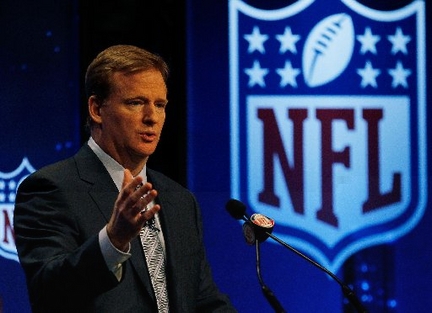 Photo: NFL Commissioner Roger Goodell has been trying to arrange negotiations with players.

Photo: NFL Commissioner Roger Goodell has been trying to arrange negotiations with players.

Here's the struggle: the owners want the players to play a longer season for less money, instill a salary cap for rookie salaries and a change in profit sharing and an insurance policy, while the players just want things to stay the way they are. The owners' demands aren't altogether completely ludicrous: many owners spend ridiculous amounts of money on rookie contracts and on building over-the-top stadiums (Jerry Jones, we're looking at you). They simply want some kind of insurance to cover any future problems with those stadiums.

But the players have good reasons to be opposed to the owners' demands. After all, they are the ones putting their health on the line every week to win games and adding two more games to the already strenuous 16-game season would do nothing but add more risks for their future.

I could sit here and argue both sides of the issue because both the owners and the players' union have valid arguments. At the same time, both sides of this argument are being incredibly greedy. But when you take a step back, it is apparent that the real losers in this battle are the fans. While the players' union and the NFL owners debate about how to divide $9 billion dollars, the fans' voices are left out of the discussion. Those hardcore NFL fans, the ones who watch every single game their team plays and the ones who own tons of merchandise, they're the ones who will lose at the end of the day. They won't get to see their team play and all the aspects that make them look forward to September – the draft, Madden '12 – those things will be missing from the lives of the everyday fans who just want to see some football.

It's up to the owners and the players now. Will they be able to compromise? Let's hope that they can put their differences aside and draft up a version of the collective bargaining agreement that they all can live with, because without that, all we have to look forward to is a lockout.