Sadly, the smaller of the two died Wednesday.

When baby pandas are born, they are very vulnerable. Even the sex and father of the pandas is unknown. At only a couple days old, the cubs are pink, tiny, blind and helpless. Zoo officials were optimistic about the survival of both the twins, but Mei Xiang slowly started to pay more attention to one. 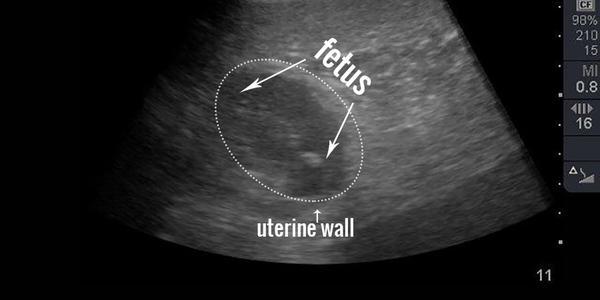 Photo: The fetus of the twins was detected only last week.

Photo: The fetus of the twins was detected only last week.

Usually, pandas will not nurse twins on their own, choosing to care for one and abandon the other. Mei Xiang followed that same pattern. The Naitonal Zoo exhausted all of their efforts to save both the pandas, with a system they've adopted from Chinese breeders. Every several hours, the cubs were supposed to be switched in order to give both cubs to nurse and bond with Mei Xiang. The other is kept in an incubator for the time being. However, when zookeepers attempted to switch the cubs, Mei Xiang refused to put down the cub.

It was only last week that zookeepers began to notice behaviors in Mei Xiang that linked to pregnancy. "She is continuing to spend more time in her den, sleeping more, body licking and cradling objects - all behaviors consistent with a pregnancy or pseudopregnancy," a statement released from the National Zoo reads. In April, Mei Xiang was artificially inseminated twice with frozen sperm from a panda in China and a local panda, Tian Tian. The 1.6 in (4cm) fetus was detected in an ultrasound. Even though scientists could predict the baby would come soon, the birth still came as a surprise to everyone. 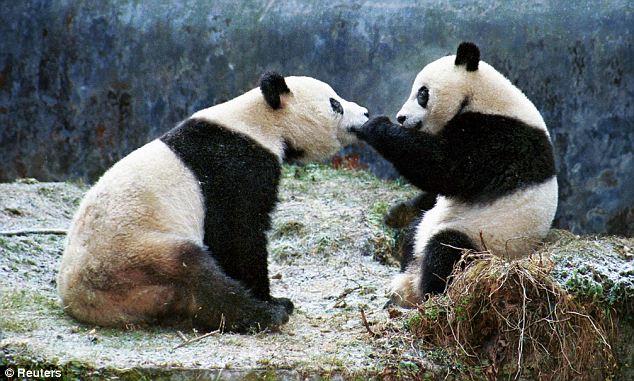 Photo: Giant panda, Mei Xiang has given to two other cubs before; Bao Bao and Tai Shan, who is living in China. Now, only one twin survives.

Photo: Giant panda, Mei Xiang has given to two other cubs before; Bao Bao and Tai Shan, who is living in China. Now, only one twin survives.

When the news of the pregnancy came to light, scientists were excited, but wary. Pandas are not like humans, in which pandas can resorb or miscarry the fetus, or even be showing false pretenses for a pregnancy. Even after a cub is born, chance of survival can be slim, as we saw here. In the past 10 years, Mei Xiang has only given birth four times. And out of those four cubs, only two have survived until today- the beloved Bao Bao and Tai Shan, who lives in China. Now only one more remains to hopefully join it's siblings.

It's all in Mei Xiang's paws now. If she continues to nurse the remaining cub, it is surely expected to survive. "The cub is vulnerable at this tiny size but we know Mei is an excellent mother," zoo director Dennis Kelly told CNN.

The death of the tiny cub came as a huge loss for the panda community. The birth of any panda is significant. The giant panda is listed as endangered in the World Conservation Union's (IUCN's) Red List of Threatened Species. There are about 1600 pandas left in the wild and a little more than 300 pandas live in captivity. The endangered species of pandas needs help and breeding pandas is not the only way to do it. The World Wildlife Fund (WWF) works to protect and advocate for pandas. Their goal is to increase the quality of panda habitats and build local capacities for nature reserve management. By making areas more sustainable, other local populations benefit as well. They hope to continue research and monitoring the bears in order to save them. Pandas play a crucial rule in the bamboo forests by spreading seeds and promoting growth of vegetation. In addition, they bring huge economic benefits to local communities through ecotourism.

Unfortunately, families planning to visit the zoo anytime soon will have to miss Mei Xiang. To give Mei Xiang and the cubs privacy, part of the giant panda house will be closed until further notice. Baby Bao Bao, who just turned 2, and father Tian Tian are still open to visitors and the panda cams are always available to viewers.