Panthers prove to be easy prey for Blazers

The Blair varsity girls' lacrosse team (4-2) devoured the Paint Branch Panthers 18-10 in a lopsided game that tested both teams' defense to the limits. The Lady Blazers fought hard throughout the game with key plays by senior co-captain Susie Branson, who scored seven goals, and junior Sarah Frank, who scored three. 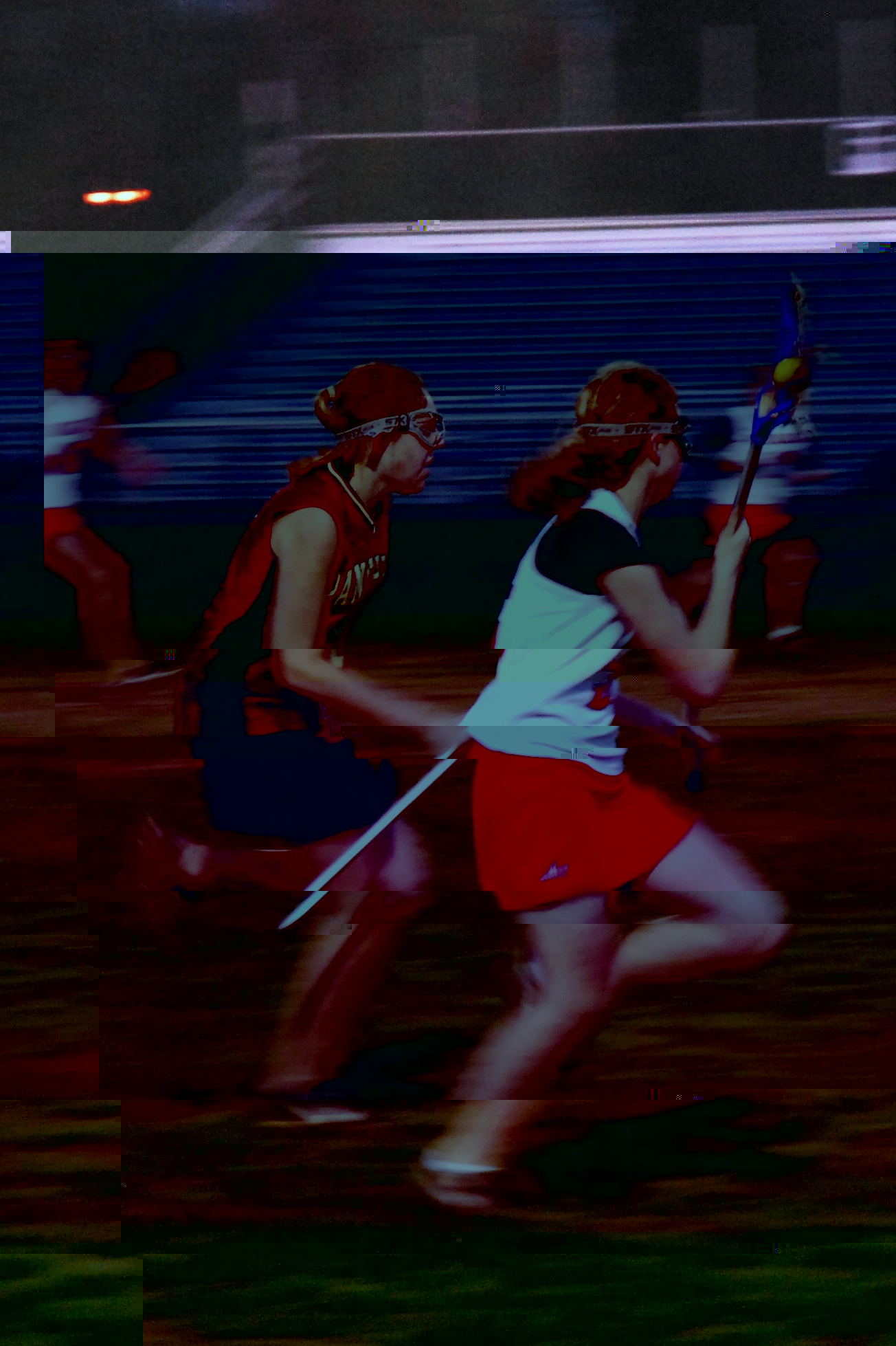 Though the game was not the Blazers' best, head coach Michael Horne praised the girls for some exceptional plays and improvements in ball control. "I think when we got it together, we did really well," he said. "There were definitely some moments out there when you knew we were doing great and there were others we could have done better on."

The game ended with a spectacular play by sophomore Sana Barclay, who scored her first goal of the season by sprinting the entire length of the field and shooting the ball straight over the goalie's head just as the buzzer sounded to signal the end of the game. "I was really excited," Barclay said breathlessly. "It was an awesome feeling."

The Panthers put up a strong fight in the latter half of the game after struggling with defense throughout the first half. Ultimately, the Blazers staged a huge comeback in the final 10 minutes to ensure a substantial lead. Head coach Michael Horne acknowledged the Panthers' increased momentum after halftime and added that the Blazers still need to learn to play a full 50-minute game. "I'll give credit to [the Panthers'] coach and players," he said. "They made some really good adjustments…we just have to stay sharp for the whole game."

The Panthers were much more aggressive in the second half, fighting off Blair defenders with quick maneuvers and seamless passing. There were significantly fewer ball drops in the second half, which allowed the Panthers to patiently maintain possession of the ball until an opportunity for a goal presented itself. Although the Panthers constantly pressured Blazer goalie Katelyn Luker, she blocked several key shots and was able to keep the ball far away from the Panthers' offensive zone. However, even Luker was unable to fully withstand the Panther onslaught early in the second half, allowing Paint Branch to cut the Blazer lead to 12-7.

Midway through the second half, Horne called a time out and minutes later, the Lady Blazers had regained their intensity. Seniors Julie Ufford and Susie Branson, juniors Nellie Garlow and Molly Branson and sophomore Maia Barnes each scored a goal during the last 10 minutes of the game, assisted by better ball control among the offensive players.

Despite the eventual win, senior co-captain Vanessa Hoy noted that there was plenty of room for improvement during the second half. "Our shot selection isn't where it should be," she said. "We should be going for wide angles, not just shooting straight at the goal." 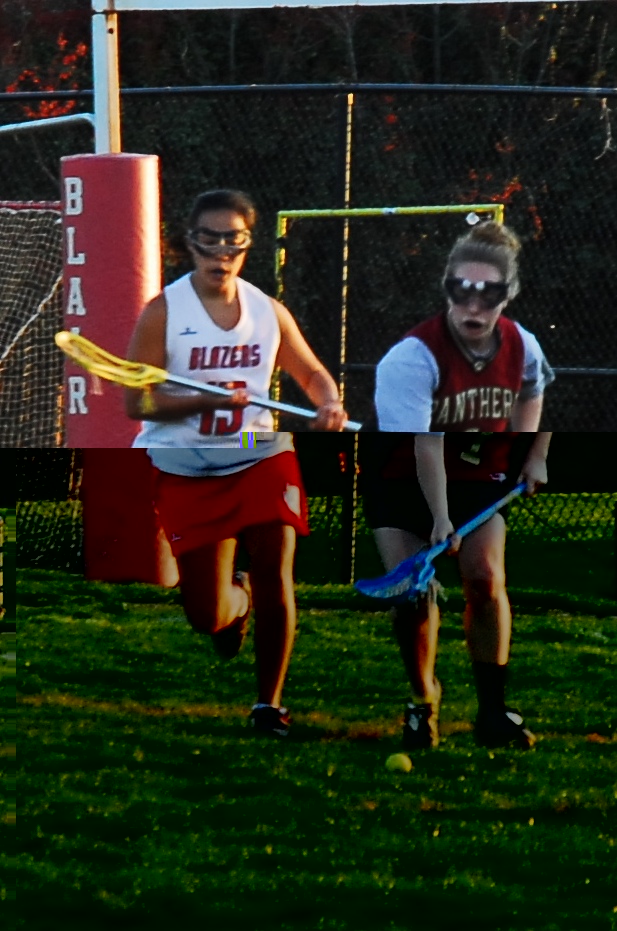 Photo: Junior Jill Lidsky races after the ball to get it before her opponent.

Photo: Junior Jill Lidsky races after the ball to get it before her opponent. Photo courtesy of Alex Joseph.

The first half of the game was a different story altogether. The Blazers were in complete control for the entirety of the first half, barely allowing the Panthers possession of the ball. Susie Branson was a powerhouse, scoring time after time by charging straight through the ranks of Panther defenders to shoot wide, angled goals on the run. Hoy remarked that turnovers were a particular weakness of the team. "We need to work on our ball transition," she said. "It's a little thing but it will really help."

The Blazers face a tough schedule in the coming week and are hoping for strong showings at important games against Sherwood, Gaithersburg, Watkins Mill and Quince Orchard. "We've really got to be on our game against Sherwood," Horne emphasized. "They're a tough team and we definitely need to be sharp and focused. But I'm excited; it's going to be a great game."

The Blazers' next home game is Saturday, April 18 against Sherwood at 12:00 p.m.