"Paranoia": Nothing worth going crazy over

When two high-tech tycoons pledge a battle to the corporate death, there are no rules. As Nicholas Wyatt (Gary Oldman), the CEO of one of the rival companies, explains to Adam Cassidy (Liam Hemsworth), "It's business Adam. There's no right; there's no wrong. It's just winning or losing."

Blindly ambitious Adam gets himself, his friend Kevin (Lucas Till) and other co-workers fired from their low-level jobs after talking back to his employer Wyatt. In an attempt to make amends, Adam takes his peers out to a club where he spends all of the money left on his corporate credit card provided for work purposes. When Wyatt discovers this, he threatens to send Adam to jail for fraud unless he agrees to spy on rival executive Jock Goddard's (Harrison Ford) company. Adam agrees to go along with the plan, in part because Wyatt offered him a half million dollars. With the aid of Wyatt's right-hand woman, Judith Bolton (Embeth Davidtz), Adam infiltrates Goddard. However, he soon faces moral dilemmas, including deceiving Emma (Amber Heard), his love interest and an executive at Goddard's business, in order to have an easier way into the company's vault. Adam must successfully steal trade secrets from Goddard or his safety would be in jeopardy. 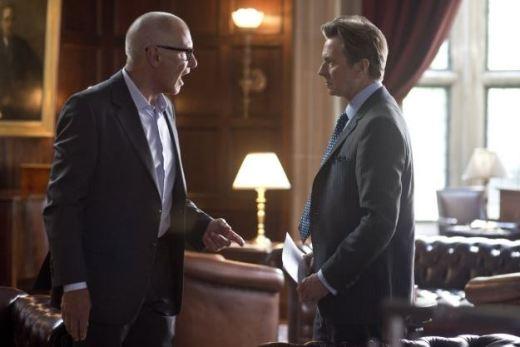 Paranoia, a techno thriller from director Robert Luketic, follows standard Hollywood formulas, with chase scenes, power-hungry moguls, double-dealing and the triumph of timeless virtues. While the film was generally predictable, it was still engaging and action-packed.

The most glaring hole in "Paranoia" was the surveillance system, which was supposed to serve as new, revolutionary technology, but came across as nothing more spectacular than video conferencing. Fans of "The Matrix," "Iron Man" and "Eagle Eye" will be disappointed but the unexceptional technology.

Beyond a confrontation scene between the two CEOs in which Ford and Oldman put their acting skills on display, there were few occasions that demanded a remarkable performance. Nothing else stood out in the acting: Nobody shined and nobody choked.

On a side note, the title "Paranoia" seems a misnomer, as paranoia implies delusions of mistrust, which were never present. Adam is constantly being watched and so his reasons for fear are hardly delusional.

If you like Hollywood action thrillers, you'll probably like "Paranoia." Just don't expect to see anything novel.

As Wyatt put it: "There's nothing original left. We're all stealing from someone."

"Paranoia" is rated PG-13 for some sexuality, violence and language. Now playing at theaters everywhere.