Testing alterations to be implemented in the 2015-2016 school year

In response to feedback from school districts participating in this year's Partnership for Assessment of Readiness for College and Careers (PARCC) testing, the PARCC governing board voted on May 20 to cut test length and simplify administrative procedures for the upcoming school year.

According to the new test structure changes, the two periods during which the test was administered will be shortened to one consecutive window of testing. The statement released on the PARCC website said that the new testing window "will be up to 30 days and will extend from roughly the 75 percent mark to the 90% mark of the school year." 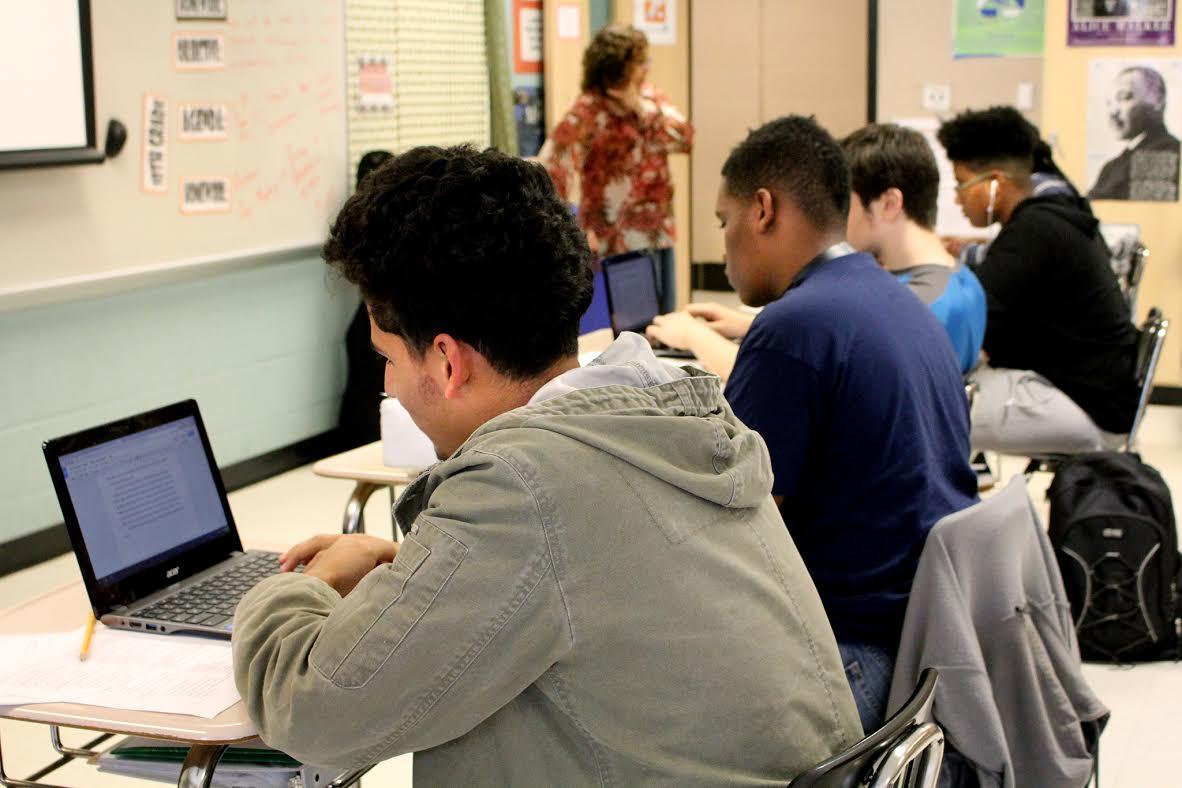 Photo: The online PARCC test will be shortened in Maryland

Photo: The online PARCC test will be shortened in Maryland Photo courtesy of Donald De Alwis.

The English test will be cut by approximately thirty minutes and the algebra test will be shortened by approximately sixty minutes. The Board also voted to shorten the number of required testing sessions differing between school districts. Previously, students took their tests over a period of multiple sessions to account for the length of the assessments. In Maryland, students will now be expected to take the test in six or seven sessions during the 2015-2016 school year, as opposed to the eight or nine sessions this past year, according to an informational document released released by the Maryland State Department of Education.

Blair algebra teacher and PARCC testing proctor Caroline Lesho noticed scheduling issues that resulted from the test administration and believes the changes will alleviate some of those problems. ""Even though it was a participation requirement, my students took it very seriously. But even taking it as seriously as they did, and trying their very best on it, they did have extra time at the end. Shortening [the test] would not necessarily impact the students' performance and it would give us more instructional time," she said.

The PARCC governing board is comprised of education commissioners and superintendents representing states participating in the PARCC this year, including Maryland and the District of Columbia. Lillian Lowery, superintendent of the Maryland State Department of Education, represents Maryland.

This is the first year that Maryland students sat for the exam on a statewide level, as opposed to online field testing in which specific schools were selected to participate last year. According to the PARCC governing board, approximately five million students in eleven states and the District of Columbia took the tests this year.