Youth-based community groups strive to achieve harmony for all

Squeezed in a small cramped room are a sea of youth, varying in background, race, religion, age and beliefs. At a weekly Mixed Unity meeting, some people lean back in chairs encircling the room and others make do with a small area on the carpet, eager to listen to what each member has to say. For all the many apparent differences between them, something holds them together: the belief that people can come together and make change as equals, neighbors and friends. 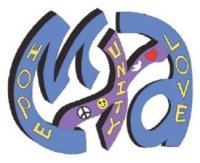 Freshman Tai Lam's death in November shocked and devastated many in the Blair community. While pulling together to grieve, people gave no notice to differences, prejudices or hatred. Only peace. Only love. And as time progresses, many Blazers are determined to establish peace in the community and honor Lam's family with their efforts.

Mixed Unity and Stop the Violence, two youth-organized groups based in the D.C. area, were both incredibly moved by Lam's death and have incorporated the voices of many to raise awareness about the need for non-violence. Both groups have faced no troubles in finding supporters for their cause.

Mixed Unity leaders and creators Peter Balogun and Carina Garcia discuss several issues on the agenda, including ideas for future events and ways to create more change or raise awareness. Later, the members split up into two groups, one group working on the Peace Council and another working on the Outreach program.

The Peace Council is comprised of a "group of people really dedicated to discussing matters of peace and working on establishing it," as described by Garcia during the meeting. The other group, led by Balogun, works on creating posters and flyers designed to spread word of Mixed Unity.

As members sit and discuss, the vast spectrum of attendees is striking. Ranging from middle schoolers to college graduates, the group encompasses members who all want to work together in order to create peace. "Making a difference is about showing people that we can change, and changing is showing how we can solve our problems without violence," sophomore member Kathy Luc says. 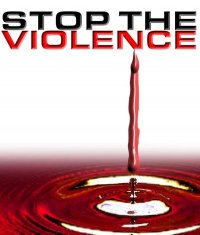 Senior Carlos Arana, who created Stop the Violence after hearing about the fights that broke out during the Mixed Unity concert, is also optimistic about what the world can be. After feeling overwhelmed by the violence occurring in the community, Arana formed the Facebook group "Please stop the violence: DC area."

Arana woke up the morning after the concert to find that his group had already gained 200 members, which grew within weeks to 1,704 members from across the country. Working with University of Maryland alumnus Jeff Tong, Arana and friends began spreading the word of the group.

Through videos and Facebook posts and messages, Stop the Violence has been raising awareness of its goal and their message. "We want to go beyond youth violence and try to stop domestic violence, violence against minorities, gays and women," Arana says.

Stop the Violence is currently waiting on administrative approval to begin selling purple "Respect" bracelets whose profits will go toward anti-violence campaigns. "Our goal is to get every student in Montgomery County to wear one," Arana says.

At one point, the groups' shared goals seemed in competition rather than kinship. "I think people thought we were trying to compete with Mixed Unity and that it was some sort of popularity contest," Arana says. However, the groups have communicated and are looking forward to working together in the future to achieve peace in the Silver Spring community.

And while these two groups do have slightly different goals and messages, both have found ways to coexist and support each other, creating a small, simple example of the way they'd like the rest of the world to work.