Citizens vote to legalize slots and early voting in Maryland

Maryland citizens approved two referendums on Nov. 4 that amended the Maryland State Constitution to allow early voting up to two weeks before an election and to authorize the Video Lottery Facility Location Commission (VLFLC) to issue up to five video lottery licenses to qualified applicants at specified locations. The referendums passed by a margin of 72 to 28 percent and 59 to 41 percent respectively, according to the Washington Post.

Montgomery County residents also voted in favor of two local referendums that amended the Montgomery County Charter to allow a repeal of legally ineffective provisions regarding the use of county funds and to require the unanimous approval of the nine councilmembers to enact higher property taxes. Unofficial results reveal that the referendums passed by a margin of 64.26 to 35.74 percent and 50.66 to 49.34 percent respectively, according to Montgomery County Board of Elections. The official results are expected to confirmed and released to the public by Tuesday.

The early voting referendum allows delegates from the Maryland General Assembly to enact legislation that will establish an early voting process for the next election. The passed provisions will allow citizens to vote up to two weeks before an election outside their normal district and cast an absentee ballot without disclosing a reason, according to Alex Hughes, a spokesperson for Maryland House Speaker Michael Busch. "It's an attempt to make people more engaged and make it more convenient for the voters of Maryland to exercise their constitutional right to vote," she said.

Although the referendum passed by a large margin, opponents were vocal in their concerns that early voting will raise the costs of maintaining election facilities and increase voter fraud, issues Hughes believes will be addressed in the General Assembly. "We haven't passed the bill yet, but I'm sure there will be a level of debate on the locations and how to prevent instances of fraud," she said. "Thirty-one states across the county already have early voting, and I think that's a good indication of its potential." 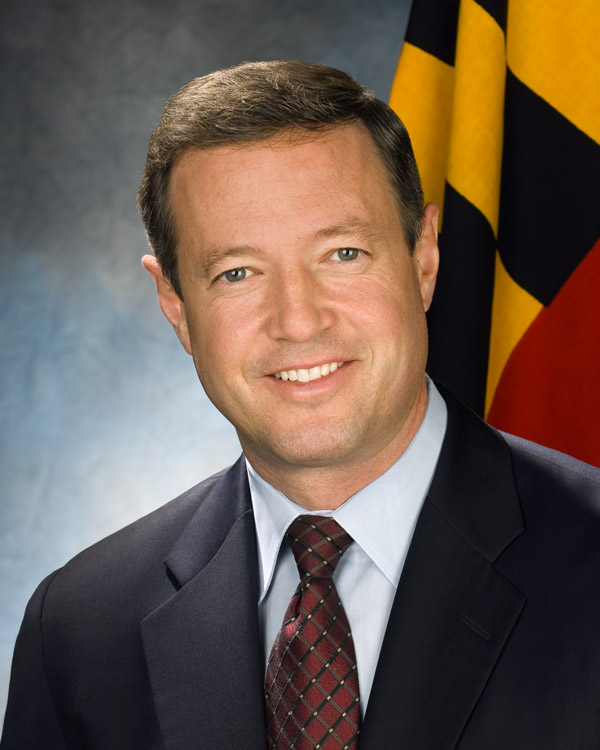 Photo: Maryland Governor Martin O'Malley introduced the slots amendment in 2007. The referendum passed by a margin of 59 to 41 percent." Photo courtesy of the Office of Governor O'Malley web site.

Photo: Maryland Governor Martin O'Malley introduced the slots amendment in 2007. The referendum passed by a margin of 59 to 41 percent." Photo courtesy of the Office of Governor O'Malley web site.

The amendment modifies the wording of Article I, Section 1 and Article XV, Section 7 of the state constitution to accommodate the desired changes in the Maryland voting system. The first section states that a voter "shall be entitled to vote in the ward or election district in which he resides," which was interpreted to mean that citizens could only cast an absentee ballot at a facility in their own election district. The second section designated the "Tuesday after the first Monday in November" as the date of the general election, which was interpreted to mean that early voting was not permissible.

The slots referendum allows delegates from the General Assembly to pass legislation that will authorize up to 15,000 video lottery terminals. The amendment further stipulates that "only one license may be issued for each specific location in Anne Arundel, Cecil, Worcester, and Allegany counties and Baltimore City" and that the slots legislation was designed with the "primary purpose of raising revenue for the education of children in public schools." The referendum states that a portion of the funds generated by the video lottery terminals will be used specifically for "public school construction and improvements, and construction of capital projects at community colleges and higher education institutions."

Introduced as an amendment in 2007 by Maryland Governor Martin O'Malley, the slots referendum is also designed to reverse the rising state budget deficit by providing 9.5 percent of the proceeds to the state's ailing horse racing industry and allocating 48.5 percent to the Education Trust Fund. In a Sept. 8 press release, O'Malley urged voters to approve the slots referendum in an effort to curb the growing budget deficit. "Working with the General Assembly, we have already reduced spending by $1.8 billion and taken actions to address the structural deficit that we inherited," he said. "The people of Maryland will also have an opportunity to vote on a slots referendum in November that is expected to provide an additional $650 million for public education in our state."

Many state teacher unions and education-based organizations expressed their support for the slots referendum. "We came out in support of slots in March because we were concerned with the fiscal situation and its impact on education," Daniel Kaufman, spokesperson for the Maryland State Teachers Association (MSTA), said. "Some counties are implementing a hiring freeze, delaying construction projects, trimming bus routes, postponing the purchase of textbooks and increasing sales at lunch lines."

Opponents of the measure expressed concerns that video lottery facilities will hurt taxpayers and may lead to an increase in gambling-associated crime. Dee Hodges, chairwoman of the Maryland Taxpayers Association (MTA), believes the slots referendum will encourage the government to spend more than slots bring in, deepen the current $1 billion budget deficit and force legislators to raise taxes. "The state every year has been increasing spending - the amount varies, from five to 11 percent. Most incomes don't rise by five percent - the average is much less than that - and slots would be another source of revenue that encourages spending out of control," she said.

Kaufman concedes that the referendum has its drawbacks. "It will not solve all of our revenue needs, and it's not the ideal solution," he said. "But with the fiscal situation getting worse, we're glad it passed. We currently receive about $90 million for education from the General Assembly, which is a small amount given the money we'll receive when the machines are up and running."

The Montgomery County Council proposed Question A, a charter amendment recommended by the Charter Review Commission that will repeal sections 311A, 311B and 313A of the County Charter. The provisions currently govern "the use of county funds to operate a landfill system of residentially zoned land, burying or trenching sewage sludge on residentially zoned land and telephone services offered by the C&P Telephone Company."

The Charter Review Commission suggested to the County Council that the three provisions be repealed because they are legally ineffective and do not affect how the county operates, according to Mike Fadden, a council staff attorney. "The state Court of Appeals has said the charter has to deal with the fundamental aspects of the form and structure of county government," he said. "Ordinary legislation, the more detailed and narrow policies, should not be included. That was a common theme of the provisions."

Maryland courts have already ruled against the implementation of 311A and 311B, which govern the use of funds to operate landfills and trench sewage on residentially zoned land, according to Fadden. "Two of the three provisions were enjoined by state courts because of conflicts with state law," he said.

The charter previously required the approval of only seven members, which Ficker believes is ineffective in preventing the council from mismanaging funds and creating a budget deficit that it later seeks to reverse with an increase in property taxes. "In 1990, when the limit was first passed, it was much more restrictive - they couldn't raise property taxes above 75 percent of the rate of inflation. The thought was that this would be exceeded only in cases of emergency," he said. "Today the council has broadened its definition of emergency to include giving county employees a 30 percent pay increase. That's not an emergency."

The Montgomery County Council's recent 13 percent increase in property taxes and the current economic crisis may have convinced residents to vote for the measure, according to Ficker. "I went to 60,000 homes in this campaign, and many felt they were not being represented," he said. "People voted for it because they thought homeowners were being left out of the equation. It was very much bipartisan."