The Wootton Patriots (7-0), ranked number one in the county, crushed the boys' tennis team (5-2) in a short but expected 7-0 defeat. 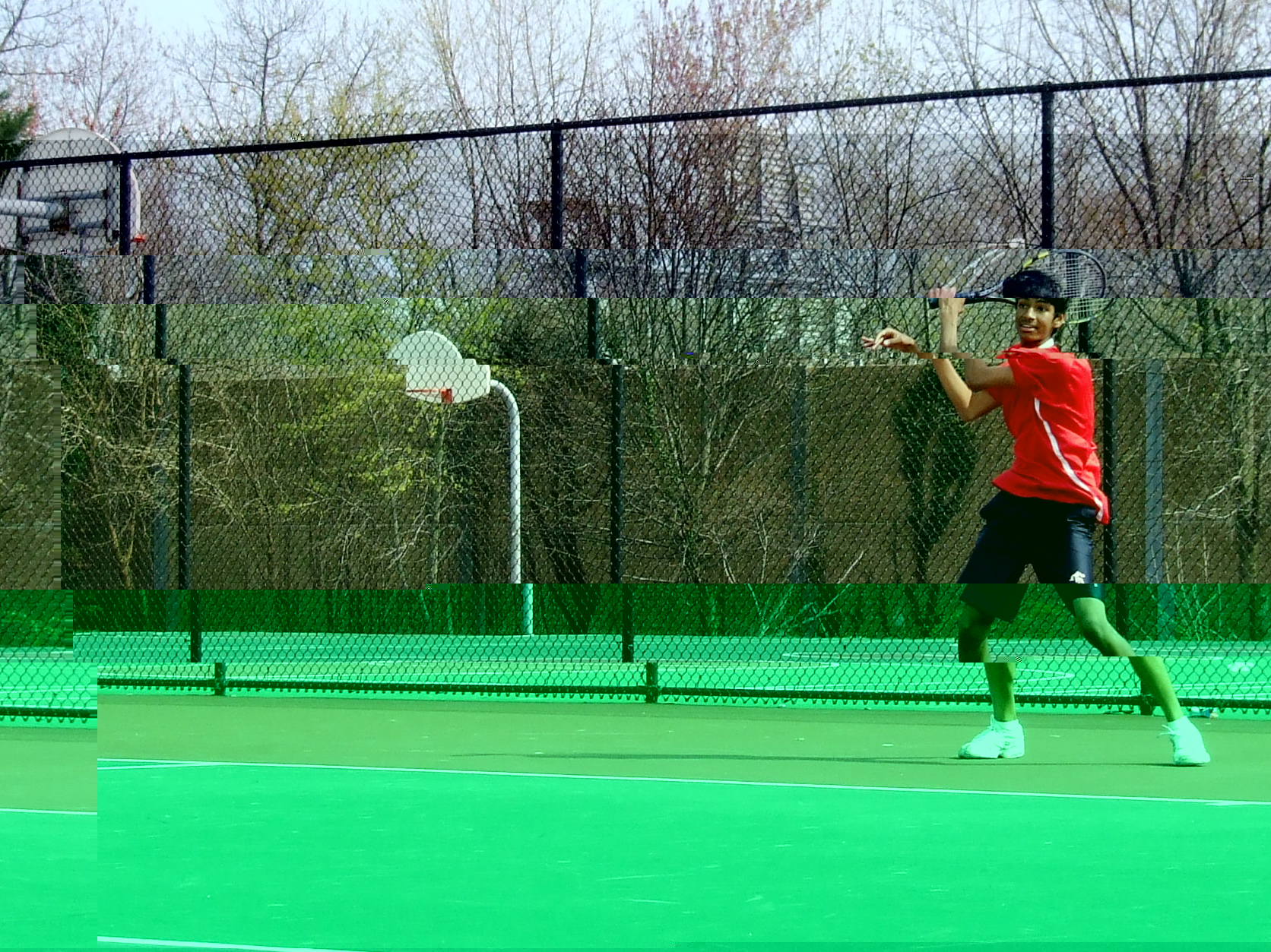 Photo: Freshman and second singles player Arvind Kannan hits a forehand, which he claimed to be one of his weaker strokes in his match against Wootton.

Photo: Freshman and second singles player Arvind Kannan hits a forehand, which he claimed to be one of his weaker strokes in his match against Wootton. Photo courtesy of Evan Horne.

Coach David Ngbea attributed the team's loss to the absence of two players. Blair's third singles player and a member of the second doubles team could not make the match, forcing other Blazers to move up and take their places. "I thought we had a chance coming in based on the players we had, until we realized we were missing some players," Ngbea said. "That hurt."

Still, Ngbea was pleased with the efforts of the alternate players. Ngbea said he was blown away by freshman Huey Hsueh's persistence on the court. Even though Hsueh lost 6-0, 6-0, he put up a good fight. "I thought he would be swept off the court in minutes, but that was not the case," said Ngbea. "I was impressed with that performance."

Hsueh was disappointed with the loss, but said he gave it his all. He was playing his first competitive match against the toughest team in the county. "I fought as hard as I could until the end," he said.

Of all the Blazers who competed, freshman and second singles player Arvind Kannan won the most games and played the longest match of the day, which ended 6-3, 6-2. He said that his serve was powerful and consistent, sometimes putting his opponent on the defensive, but he wasn't hitting his ground strokes deep enough. "I put up a fight in the first set, but in the second set, it sort of went away," Kannan said.

Seniors and first doubles partners Gill Guo and Michael Lee were expecting a tough match, but in the end, they felt their loss was due to their own poor performance. Lee believed that the pair did not move their feet well or play consistently in the 6-1, 6-1 defeat. "We sort of beat ourselves," said Lee. "Ninety-five percent was our fault that we lost. We were not being as aggressive as we needed to be."

Ngbea noted that the team needs to work on how best to handle the hard-hitting shots of Division I rivals. He hopes to focus on defensive strokes in the coming week to prepare for divisional matches against Richard Montgomery and Winston Churchill. "We need to work on our chips and slices," he said. "That is going to be instrumental in defeating the power of the other players. It will prevent us from being attacked."

The boys' tennis team will play its next home match on Tuesday, April 12 against Churchill at 3:30 p.m.