The sequel of the 2012 breakout hit surpasses its predecessor

The movie begins three years after the original at Barden University, where everything seems to be going well for our beloved Bellas. After winning three consecutive national collegiate a capella titles, the Bellas have embarked on a national tour, including a birthday performance for none other than President Barack Obama.

In their path to victory, there are no shortages of obstacles. Becca (Anna Kendrick), the leader of the Bellas, must balance a capella with an internship at a record company. Fat Amy must balance her desire for a wild and carefree lifestyle with her deep feelings for Bumper (Adam DeVine), the reformed antagonist from the first movie. But by far, their biggest obstacle is the German a cappella powerhouse Da Sound Machine (known throughout the movie as DSM), who takes over the Bellas' tour and is the favorite to win at the World Championships.

Actress Elizabeth Banks makes her directorial debut with this sequel. Her main success is keeping what made "Pitch Perfect" a hit in the first place: having an oddball and irreverent sense of humor. The gags in this movie are even better than the ones in the first. In the film's opening, as we see Fat Amy engaged in her acrobatics, Banks' commentator co-host (John Michael Higgins) asides, "An overweight girl hanging from the ceiling. Who hasn't had that dream?" When the Bellas are mourning their suspension, Bellas newcomer and Guatemalan immigrant Flo (Chrissie Fit) comments, "Before I came to this country, I had diarrhea for seven years. But this is also bad." And Da Sound Machine sings all its songs in a heavily accented German accent ("Zis Is How Ve Do It,” "Insane In Ze Membrane"), which, amazingly, stays funny throughout the movie.

The acting core of the film puts on improved performances in the sequel. Anna Kendrick depicts Becca's moody temperament more subtly, making her a far more likable character. Rebel Wilson is everywhere in this movie; at points it's hard to tell whether Becca or Fat Amy is in charge of the group and her one liners and physical comedy light up the film during its darkest moments. Newcomer Hailee Steinfeld, who plays Barden freshman Emily, is awkward and quirky to perfection, excellently setting Emily up as Becca's protégé.

The film is also graced by a host of surprise guests. Snoop Dogg makes an appearance in Becca's recording studio to record a very poor Christmas album. And the defensive line of the Green Bay Packers performs a cappella with the Bellas at the mansion of an a cappella obsessed billionaire (David Cross). 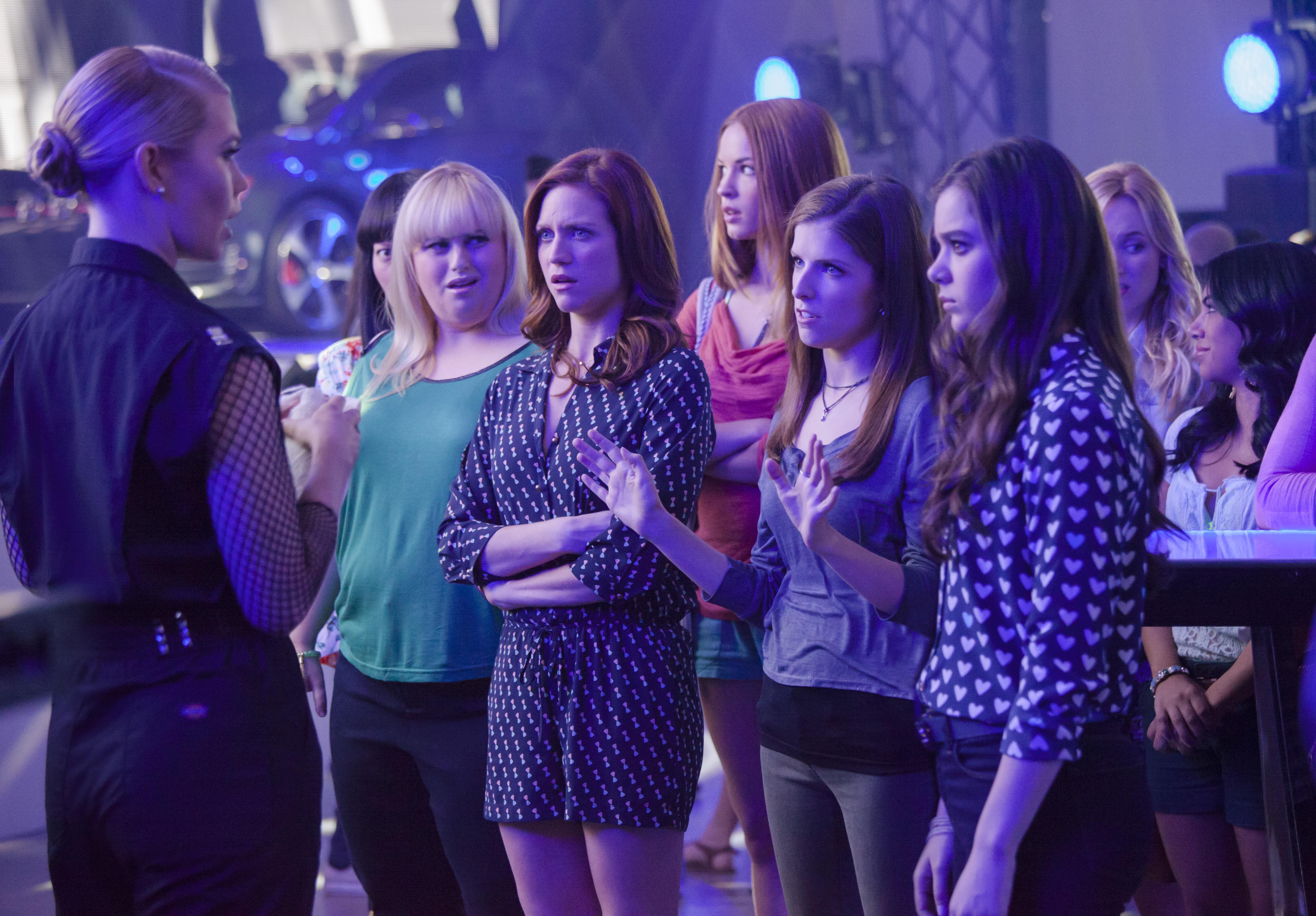 Like the original, the music of "Pitch Perfect 2" is catchy as can be. DSM's performances of DJ Khaled's "All I Do Is Win" will have you rocking your head, and the Bellas' closing performance of Emily's original song, "Firelight," co-written by Sia and Sam Smith, is stirring. But the best parts of the movie are not during the long music numbers. They come when the Bellas come together to talk about their fears and their plans after college. The men of the original movie (Jesse, Bumper and Benji) are largely in the background, present for an occasional kiss or note of encouragement. Whereas in the first movie, Becca would consult her boyfriend Jesse (Skylar Astin) whenever she had troubles, in the sequel the women do no rely on men for any help. The women of a cappella are front and center for the entire movie.

Everyone should see this movie whether or not they're an a capella fan (though it certainly helps if you are!). The great acting performances, hilarious script and heartwarming story will keep everyone smiling throughout the entire movie.