Blair's fine arts club is in the process of designing a mosaic to be displayed in the senior courtyard. The proposed mosaic will be located on the wall opposite the doors leading from Blair Boulevard to the senior courtyard, making it visible from the main hallway, and will extend from ground level to the bottom of the second floor, according to club sponsor Jacqueline Armstead. 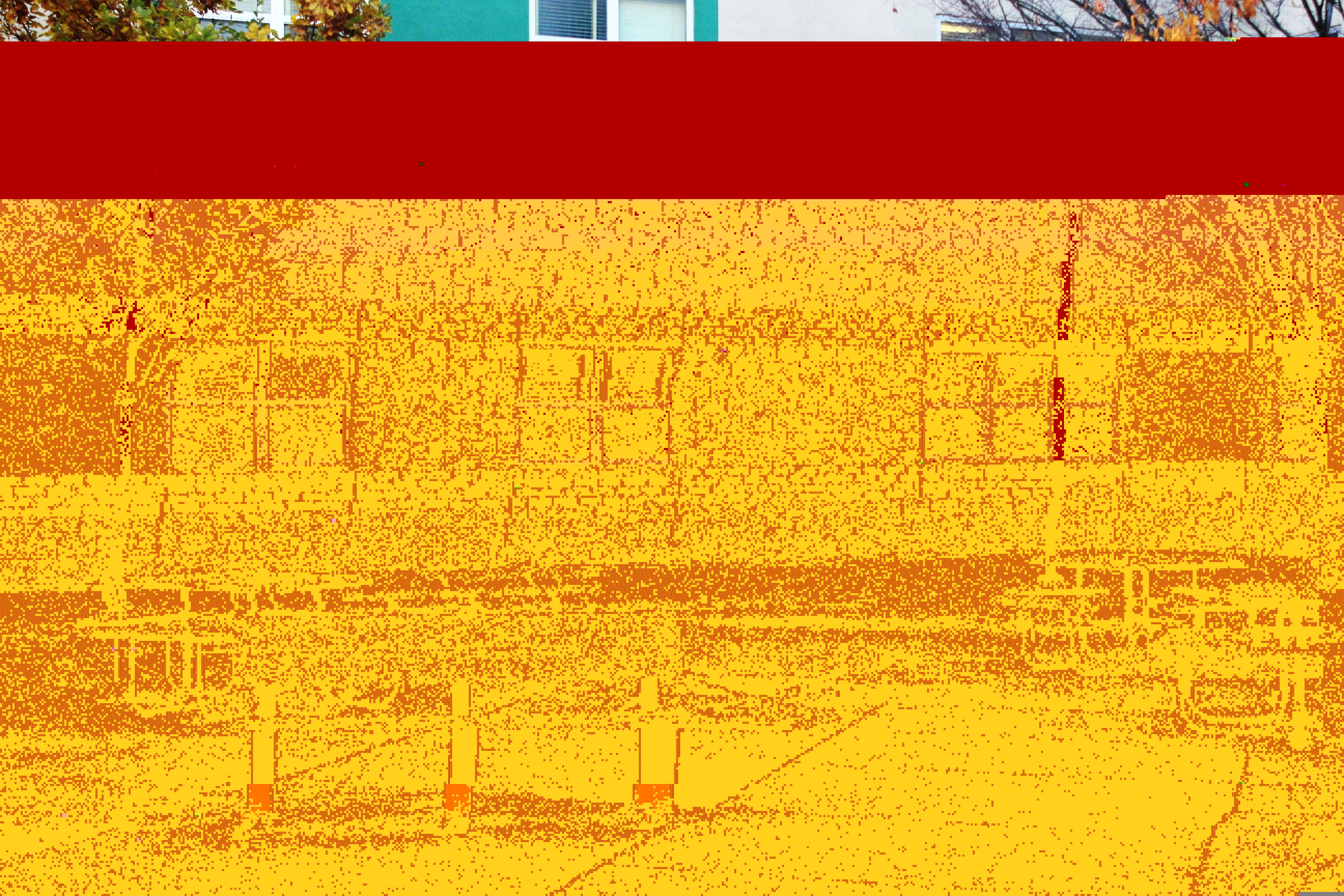 Photo: Fine arts club plans to build the mosaic in the senior courtyard, above.

Photo: Fine arts club plans to build the mosaic in the senior courtyard, above. Photo courtesy of Callahan Mayer-Marks.

Though the club has not made any final sketches, the mosaic design will most likely be related to nature. "Last year [principal Renay] Johnson looked at two drafts, and she picked one with an image of a tree," Armstead said. According to the club president, senior Danting Liu, the final design may be picked by Johnson or Blair students. "As for the final design, we'll let Mrs. Johnson choose, or we may even leave it up to the Blair community," she said.

Prospective designs include the image of a phoenix, which would symbolize "rebirth, growth and power," according to Liu. The mosaic may also incorporate artifacts supplied by Blair students. "Mrs. Armstead and I do want to ask Blazers to contribute a cool item or two to put into the mosaic so that it can have a slightly more personal feel to it and so that we can each claim it as our own," Liu said. 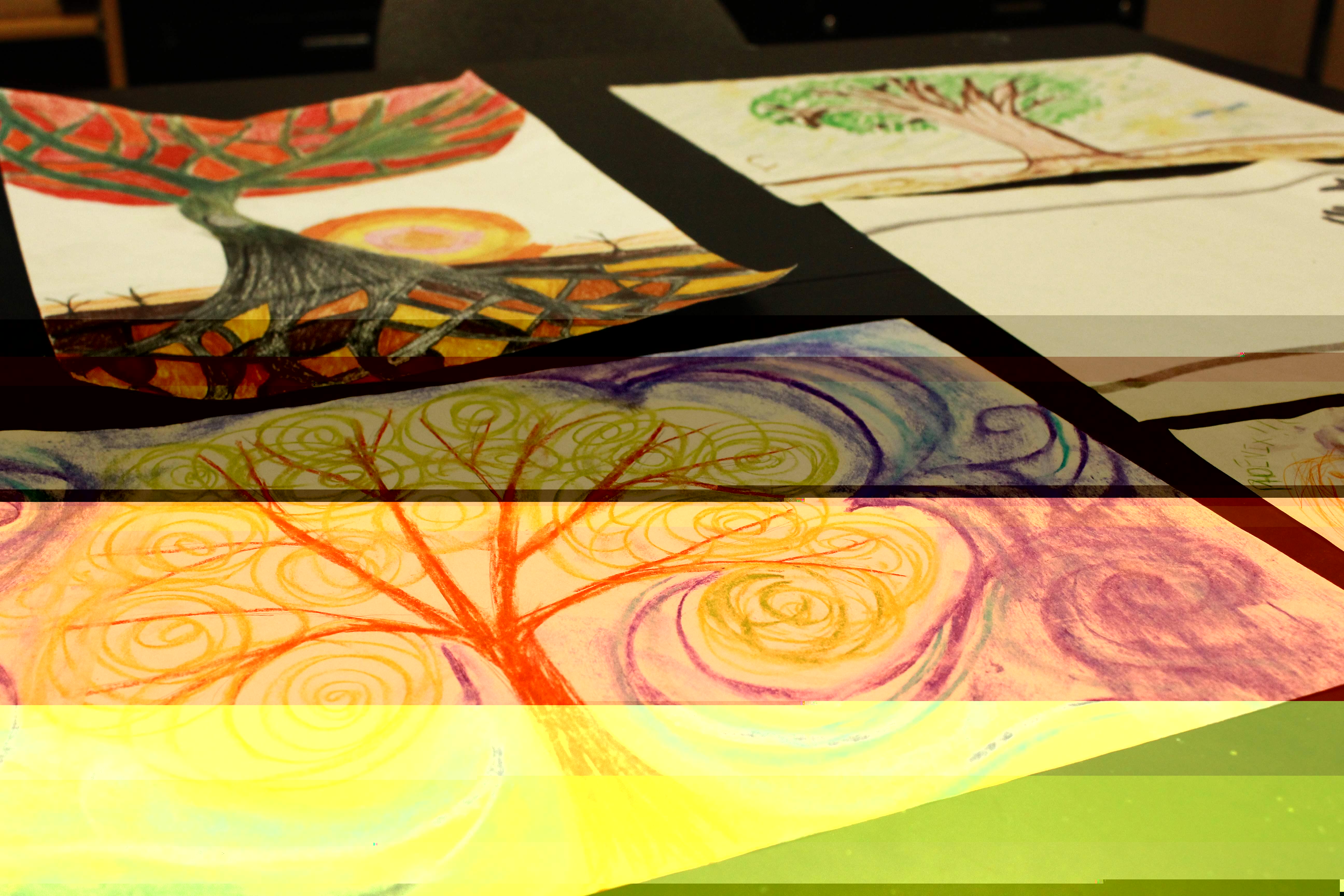 Photo: Several sketches of possible designs for the nature-themed mosaic lay on a table.

Photo: Several sketches of possible designs for the nature-themed mosaic lay on a table.  Photo courtesy of Callahan Mayer-Marks.

The mosaic will be made from tile, but rather than cementing the tile directly onto the wall of the senior courtyard, the club plans to build the mosaic on boards, which will be attached to the side of the building. "This will be a long-term project and every year we'll put up a new board or part of the overall mosaic, so that each piece can work on its own and can work together to create a holistic image that fits our school," Liu said. "This may take one year or five depending on how quickly we can get through each piece."

Fine arts club will work with local artist Arturo Ho, who will help to teach the students how to build a mosaic. According to Armstead, the club will also work with Montgomery County Public Schools (MCPS) to secure the boards to the wall. She said that construction workers will come in to fasten the panels.

The mosaic project is fine arts club's newest long-term project, following a mural for Blair's library, which the club completed last year. The four-paneled mural has a literary theme and includes representations of books such as Lord of the Flies, Winnie the Pooh, The Cat in the Hat and Alice in Wonderland, as well as several authors. The mural was the product of three years of work, and Blair is currently working with MCPS to decide how and where in the media center to hang it.

According to Liu, the club hopes to have the mosaic's design finalized by the spring of this school year. "We started planning near the end of last year, but no definite sketches have been made," she said. "We'll hopefully be done by springtime so that Mr. Ho can come in and help us start building."