When Nicolas Chartier saw the $1.84 billion figure that represented the record-breaking success of "Avatar," he knew he had a problem. As the producer of rival Oscar nominee for Best Picture "The Hurt Locker," Chartier shook at the thought of a shoo-in film ruining his chance to claim the first Oscar of his career. Worried, the producer turned to dishonest, underhanded behaviors that violated the rules of the Academy and prestige of the Oscar Awards. 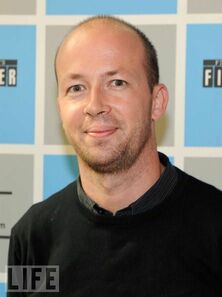 Photo: "The Hurt Locker" producer Nicolas Chartier took extreme measures to ensure a win for Best Picture in the 2010 Academy Awards on Sunday.

Photo: "The Hurt Locker" producer Nicolas Chartier took extreme measures to ensure a win for Best Picture in the 2010 Academy Awards on Sunday.

Out of Chartier's scheming mind, he devised a plan. In a sneaky and illegal email to the Academy, Chartier requested that members spread the word of "The Hurt Locker's" greatness to friends, directors, actors and crew members. His letter of desperation closed with a plea that each member contact at least one or two additional people. "Everything will help!" Chartier begged in his email.

The devious producer went even further. Not only did he illegally plug "The Hurt Locker" out of the earshot of the "Avatar" crew, but he also made a clear reference to "Avatar" as a competitor film that should be plucked from winning contention. "We need independent movies to win like the movies you and I do…not a $500M film," he wrote.

Chartier acted in clear disregard of the rules for sending emails to Academy members. Regulations state that any correspondence "may not extol the merits of a film, an achievement or an individual." With penalties that include retracting Awards tickets and losing Best Picture eligibility, Chartier's action was uncalled for. He endangered his reputation, the potential success of his motion picture and the prestige of the Oscar nominees with selfish underhandedness.

Considering the praise and decoration "The Hurt Locker" has received, his actions may even have been unwarranted. The film raked in at least six awards at the Orange British Film Academy Awards in February, including Best Film, the award he has been so concerned about. In comparison, "Avatar" scraped just two from the ceremony, paling in comparison to the obvious British favorite. In 2009, the film received 15 nominations from the Writers Guild of America, Screen Actors Guild, Academy of Motion Picture Arts and Sciences, Hollywood Foreign Press Association, American Cinema Editors Guild and Independent Spirit Awards. The film also won over 20 awards from the National Society of Film Critics, Boston Society of Film Critics and other prestigious groups. With acclaim for its directing, acting, cinematography, screenplay, music score and editing, "The Hurt Locker" was already a worthy Oscar contender.

But the core of the issue is not whether Chartier's film needed the extra boost. The nominees of the Academy Awards represent the highest caliber filmmakers in the entertainment industry. Being a part of this noteworthy group requires respect for rival films and good sportsmanship, neither of which Chartier displayed. His actions were inappropriate, ignorant and in violation of Academy rules. The executive committee of the Academy's Producers Branch rightfully voted to rescind Chartier's invitation to the Awards ceremony due to his "ethical lapse," stopping just short of retracting his nomination. Although Chartier's actions were wrong, such total punishment would be slightly extreme to hand to a first-time nominee, whose unfamiliarity with the competitive Academy sphere could simply have caused a little overexcitement.

The Oscars are already stressful for everyone involved, even us moviegoers, who bite our nails over whether our favorite flick will be the Academy pick. We don't need producers like Chartier to play dirty games in an already-competitive atmosphere. If Chartier had avoided a run-in with "the spirit of the celebration of cinema," he could have avoided this messy situation.