It's time we learn to accept the prominence of electronics

With each new advance in technology comes a wave of technophobia that leads people to lose sight of the potential these advances have. Of course phone and computer overuse, like anything else in excess, can have harmful effects such as carpal tunnel syndrome and computer vision syndrome. However, for a while, the increasing prominence of smartphone and computer use as well as social media has been under fire for disconnecting people from the "real" world. We as a society should not flee to the opposite end of the spectrum and completely disregard new technology.

The way many people currently view recreational use of electronics does not allow them to embrace up-and-coming technologies. By setting goals to fast on Internet use such as "national unplugging days", people attempt to celebrate getting rid of something for a short period of time that they shouldn't be afraid to have in the first place. As the number of new computer technologies increases, it's clear that our digital lives will become a much larger part of our overall lives. Rather than trying to hide from this fact, every person needs to figure out what balance of "real" and digital life works for them personally. 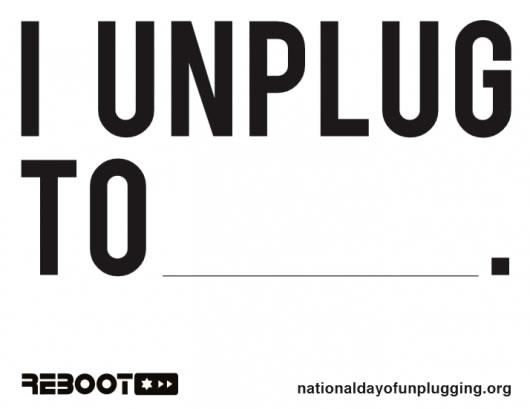 Photo: There has been an ongoing movement to "unplug" from digital technology.

Photo: There has been an ongoing movement to "unplug" from digital technology.

The Internet shouldn't be seen as something that diminishes the true meaning of relationships, but rather as one that expedites new relationships. The chances of running into someone who shares your hobbies, views and passions in your daily life could be pretty low, so someone who feels strongly about sharing opinions with their friends would find appeal in connecting with easy-to-find people online who share their views. While this isn't the case for everyone, many people can form close relationships this way; for instance, about a third of the couples who got married recently met on the Internet.

Why do we have such an obsession with organic experiences? The belief that online relationships are not as important as real-life ones is one that results from trying to reject the technological shift in society. There are real people behind those screens and usernames who are entirely capable of forming real emotional connections despite not being face to face. Claiming that these relationships aren't as valid as ones made in real life is ignorant and disrespectful towards people who prefer relationships over the Internet, as it shames them for having what could be some of their closest relationships.

Even if "plugging in" to our devices does disconnect us from society, that should not really matter. People should not have an obligation to be connecting with their surroundings and the people physically near them all the time. There also seems to be a hierarchy of disconnecting, with reading a book, for instance, being seen as more respectable than listening to music or scrolling through social media.

All in all, the fear of technological advances stems from a conservative mindset of resisting change to the traditional methods of interaction. Each person is different in how well they interact online versus how they interact in real life, so attempting to create a flat amount of time for how much people should remain "plugged in" would only be ideal for a small amount of people. By starting a movement towards technological acceptance without technological excess, we as a society will allow people to feel more comfortable in their own social spheres.