During their childhood days of playing games like capture-the-flag or touch football in the neighborhood park, most kids learn to work as a team to reach a common goal. But despite the enormity of the organized U.S. foreign policy effort, it seems that the country still needs to learn a basic rule of competition that any third-grader could tell you: Don't reveal your team's strategy to the opponent.

In recent months, WikiLeaks, an online media organization that publishes submissions of private, classified or secret news documents from anonymous sources, has released over 91,000 secret U.S. military reports on the war in Afghanistan to the public. Also in its enormous library of sensitive material are about 400,000 documents relating to the war in Iraq and hundreds of State Department cables (mostly private discussions with foreign governments and opposition leaders). 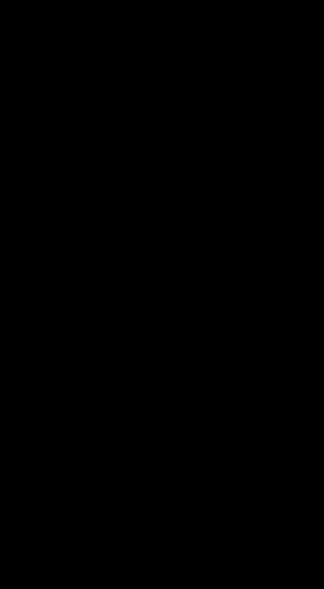 Transparency in government and military is important to some extent, but WikiLeaks' indifference to the damage its actions cause is taking the concept too far. By publishing these documents on their web site - only after alerting newspapers like The New York Times and The Guardian to their upcoming disclosure and thus encouraging their widespread circulation - WikiLeaks has publicly intruded on necessary private military and government communication.

Some of the documents are also posted out of context, which could lead the public to form inaccurate judgments about U.S. foreign relations. More regulation of WikiLeaks is needed to ensure that public access to information does not undermine military efforts or endanger citizens.

The online posting of these documents means that they are available for anyone to see, including the U.S.'s most threatening enemies, like the Taliban. According to an October 2010 news article by the American Forces Press Service, U.S. intelligence reports and Taliban public statements indicate that enemy groups have been searching the documents on Afghanistan, looking for American "operational vulnerabilities." Clearly, the U.S. will be at a severe disadvantage in future wars or foreign policy action if enemies have access to its strategy.

Aside from the leaks' threats to military tactics, they have imposed unnecessary danger on participants in the war. A December 2010 report by the Congressional Research Service explained that U.S. officials have predicted that the information released in the leaks could lead to the deaths of U.S. soldiers in Afghanistan and Afghan citizens who have aided the U.S.

In its defense, the theory behind WikiLeaks is solid in that it allows the public to play a necessary role in the prevention of corruption or cover-ups. The organization touts Daniel Ellsberg's release of the Pentagon Papers as an example of the disclosure of controversial war material proving an effective check on government action - which is true. Condemning all anonymous releases would definitely be a mistake, but so too would be failing to impose any restrictions on media organizations' conduct.

WikiLeaks claims on its web site that it is self-imposing adequate restrictions through its "harm minimization procedure." The web site reads, "We do not censor our news, but from time to time we may remove or significantly delay the publication of some identifying details from original documents to protect life and limb of innocent people." But occasionally removing a few details in their postings isn't enough to address the problem fully. Concrete, outside legislation allowing censorship of sensitive material is the only way to ensure that these innocent people are protected.

One such piece of legislation, the Securing Human Intelligence and Enforcing Lawful Dissemination (SHIELD) Act, was proposed in the Senate in early December. The Congressional Research Service report explains that this bill would amend a current law that only prevents disclosures of certain information related to communications intelligence like wiretapping.

The SHIELD Act would make it a crime to disclose information concerning the identity of a classified source or human intelligence activities of the U.S. or any foreign government. Additionally, it would prohibit the release of any information that supports threats such as international terrorism, narcotics trafficking, proliferation of weapons of mass destruction and organized crime. This suggested bill presents a fair compromise to all parties - sensitive government and military communication could once again become confidential, and WikiLeaks could continue to publish material that does not pose a clear threat to the U.S. or to military intelligence operations.

WikiLeaks loves to wave the freedom-of-the-press flag as if it is the be all and end all to any journalistic controversy. But when top-secret military documents are involved, the issue becomes much more complex. The Bill of Rights is a fluid document - constantly amended and interpreted as changing times highlight new issues with it. Recent technological gains allowing the existence of WikiLeaks have caused one of those issues, and so now it is Congress' turn to prevent this dangerous trend from spiraling further out of control.