Blair teachers have collaborated with the Minority Scholars Program, Barnes and Noble and Walter Johnson teachers to produce the Paris Essoumba Poetry and Band Slam. The event will be held Friday, March 25 at Walter Johnson High School in Bethesda. 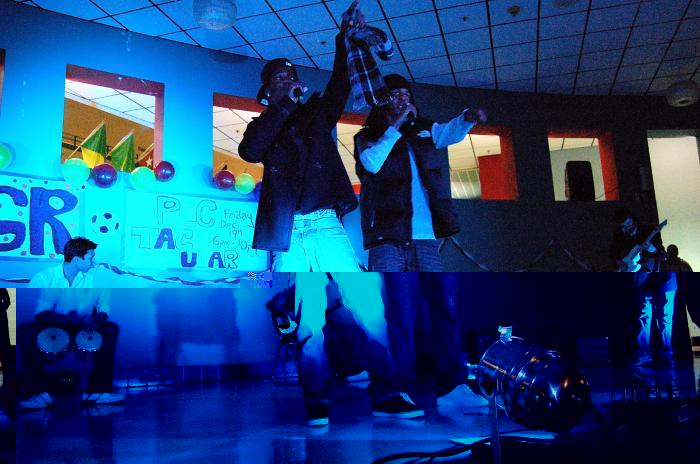 Students from all over the county have been invited to perform and ThoseGuys, a musical group at Blair that Paris belonged to, is expected to perform. Snacks will also be available. Kwame Alexander, a nationally acclaimed poet, playwright, publisher and producer, is hosting the event. Prizes will also be awarded to special performances.

Minority Scholars Program is a program at Walter Johnson dedicated to improving the academic success of minority students. Blair English resource teacher Vickie Adamson, who helped to plan the event, explained that the Minority Scholars Program knew Paris from previous slams and got in contact with her about creating an event in his memory. "They recognized his passion and talent for the spoken word," she said.

The slam was originally going to be held at Barnes and Noble, but will now be held at Walter Johnson to accommodate the estimated higher number of attendees, Adamson explained. "Theyï¿½re expecting a larger turnout and Barnes Noble couldnï¿½t hold that many people," she said.

Adamson added that she met Paris at previous slams and loved watching him perform, something she explained he was very passionate about. She believes that the event will be a great way for everyone to remember Paris and his love for performing. ï¿½I think it is a nice tribute, in a way, to his memory,ï¿½ she said. Despite her remorse for Paris's death, Adamson explained she will try to enjoy the slam by remembering good memories. "I will try and not dwell on the sadness," she said.