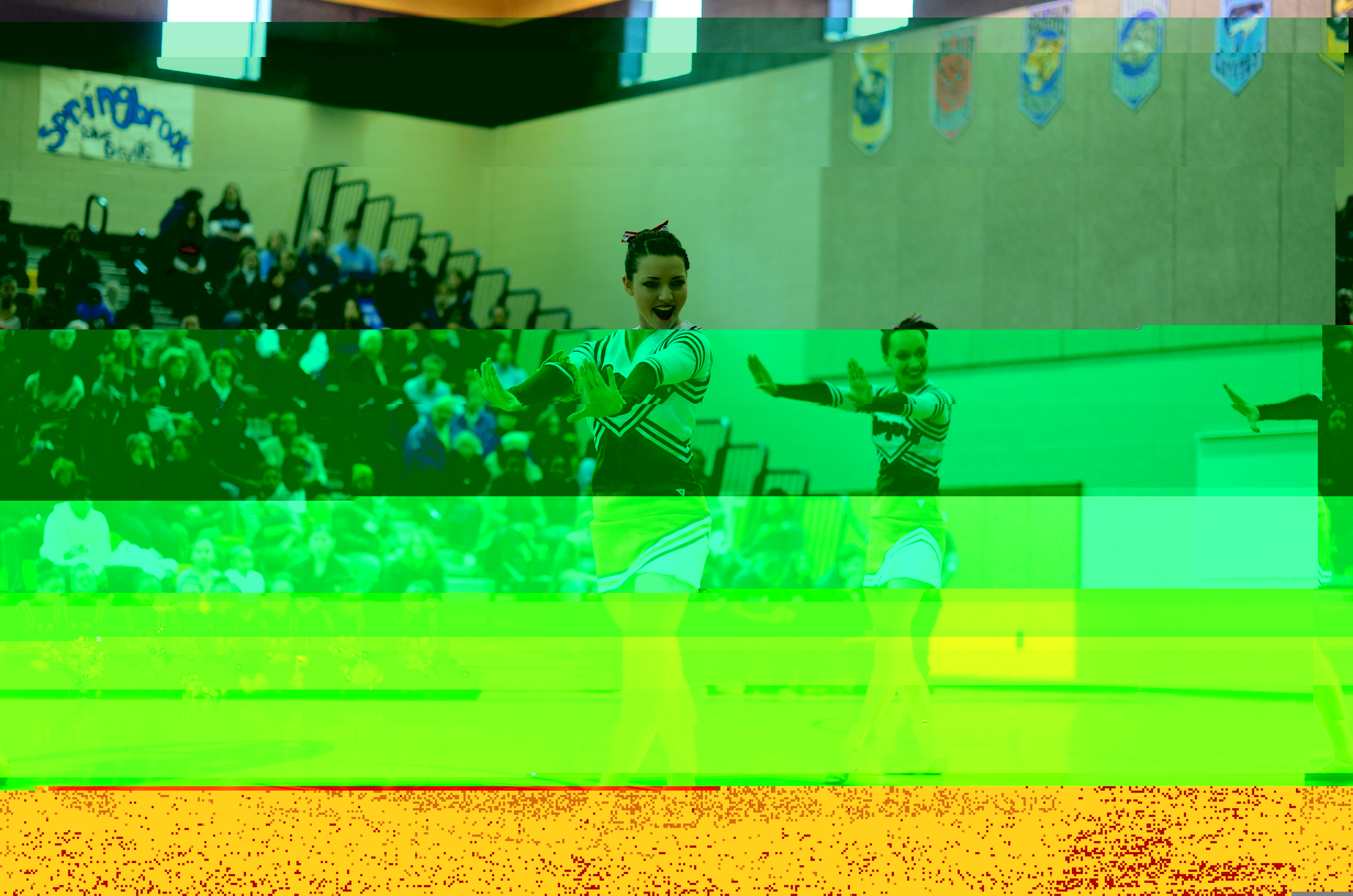 Blair was third out of the nine teams to perform. They performed a sharp, clean and well-executed routine that consisted of impressive ripples, kicks and jumps along with poppy music like "I Cry" by Flo Rida, "Crank It Up" by David Guetta ft. Akon and "Clarity" by Zedd ft. Foxes. "We wanted songs that were upbeat and the audience would like in order to grab their attention," McCaw said.

Their selection of music and choreography made Blair stand out amongst the other teams that competed. Many of the coaches for the other teams in the division choreograph the routines, but Blair's routine was made entirely by the team. Co-captains McCaw and Lily Varieur, senior Sammie Huntress-Reeve and junior Maya Habash helped choreograph different parts. Other teams in their division tended to have similar moves and formations, but Blair wanted to stand out. "We didn't try to play it safe, " McCaw said. "We tried to put our harder skills like jumps and double."

However, by incorporating harder moves, they also needed to make a number of adjustments leading up to counties. "A lot was done so that it would be easier to clean and make sharp," Varieur said. Some of the major changes included adding another hip hop routine to replace the original hip hop part as well as adding a pom box that spelled out MBHS. The poms squad also changed their ending after receiving a deduction at the Northwest Invitational in December for performing an illegal jump split.

In addition to the fixes they made to the routine, the squad also faced another challenge. A major obstacle was when their coach Monique Williams went on maternity leave two weeks before counties. "Though we are all so excited for her, it was a challenge to continue practices without our coach to prepare for the big competition," Varieur said.

However, the poms squad managed to push through with their hard work and motivation. "We really were able to work hard, especially the past couple of weeks when we did not have a coach," Varieur said. "All of the details we have been working on throughout the season were corrected today."

Although the team fell short of placing, the poms squad is proud of their accomplishments. "We had a really spirited and talented squad this year and today we went out there and gave it our all," Varieur said. "We had energy, we were sharp, we were clean and we had amazing technique making it our best performance yet."