The varsity girls' basketball team fell to the Kennedy Cavaliers at home on Friday, 47-44. Despite starting the game well and fighting hard in the fourth quarter, the Blazers allowed cold shooting to put them on the losing end of a tight game.

The Blazers came out strong, controlling the early goings of the game. After securing the tip-off, junior guard Ashley Arnold made a three pointer to jumpstart the Blazer offense. Arnold finished the game with seven points and 11 rebounds. Halfway through the first quarter, the Blazers held a 10-5 lead over the Cavaliers.

Photo: Junior Ashley Arnold pushes past a Kennedy player as while dribbling the ball in towards the net.

Photo: Junior Ashley Arnold pushes past a Kennedy player as while dribbling the ball in towards the net. Photo courtesy of Molly Brune.

But a beautiful drive by a Cavalier started a 10-0 run for Kennedy to end the quarter with a 15-10 lead. During that stretch, the Blazers missed five straight shots, including a breakaway lay-up, and turned the ball over on a shot-clock violation.

The Blazers still could not find their rhythm early in the second quarter. Junior point guard Jenny Williams intercepted a pass but threw the ball away on a bad pass. Williams led the Blazer offense with 22 points but shot just 7-for-22 from the field. The Blazers turned the ball over again on their next possession with another shot-clock violation.

Blair only scored seven points in the quarter, three of which came from the free throw line. Meanwhile the Cavalier offense dominated to score 11 points, including a buzzer-beating three pointer. The Cavaliers led 26-17 at the half.

The third quarter was more of the same, with the Blazers taking many wild attempts, shooting only 4-for-11 from the floor. Despite Blair's erratic offensive performance, the Cavaliers could only extend their lead by one point to close the quarter ahead 40-30. "We played really aggressive defense," head coach Erin Conley said. "I think that was the best thing we did." 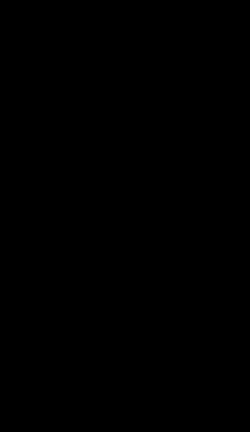 Photo: Junior Ramita Dewan throws the ball up for a lay-up.

Photo: Junior Ramita Dewan throws the ball up for a lay-up. Photo courtesy of Molly Brune.

But the Blazers fought back in the fourth quarter, hitting big shots and coming up with key stops, including a big block by Arnold, to cut Kennedy's lead to 45-40 with 1:07 left to play. Despite the final push, Blair's rally fell short and Kennedy ended the game ahead 47-44.

The Cavalier defense contained Blair's inside presence, forcing the Blazers to get the bulk of their points from outside shooting. Senior forward Sara Ramsay and junior forward Ramita Dewan scored just a combined eight points.

The Blazers managed to keep the game close with their effective and aggressive defense, but it was not enough to overcome their poor shooting performance. Overall the Blazers shot 15-for-62 from the floor, 24 percent, and 11-for-16 from the free-throw line. "We had really poor shot selection," Conley said. "One of the main reasons for that is that we did not move well without the ball or move the ball around the offense well enough."

The Blazers are now 1-1 after a season-opening win against Einstein. "We really played well and fought back towards the end of the game," Conley said. "It's okay though. You win some, you lose some."

The Blazers' next home game is Friday, Dec. 14 against Wootton at 7 p.m.