Possibility of no Blair ice hockey team this winter

For the first time in over ten years, the Blazers might not have an ice hockey team for the season.

Going to Blair hockey games is one of the most popular winter activities at Blair. The intense and gripping nature of the sport creates an environment that Blair teenagers can thrive in. For over ten years, many Blazers have dedicated their winter Friday nights to hockey. "They're sick!" senior Blair hockey fan Graham Lindsley said. 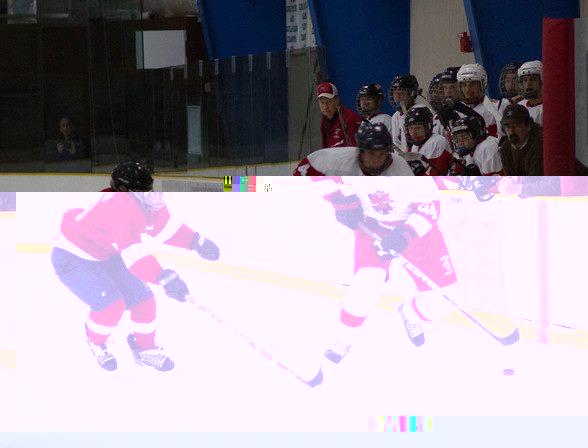 Blair's hockey team is a cooperative (co-op) team, or a team with kids from multiple schools. But this year, more students than usual from Blair are planning to join. "More than twenty Blair kids are trying out this season," junior team member Reid Williams said. While it may be good that Blair Hockey is growing in popularity, the large amount of kids trying out could create some problems.

According to Rule 5a in the Maryland Student Hockey League (MSHL) Handbook, "If a school supplies 14 students to the co-op program, it must leave the co-op and form a pure team." This means that if the team wants to remain co-op and keep their core players, they're going to have to become their own team.

Most of the upperclassmen think that the younger students should find another team to play on this winter and come back next year when they are upperclassmen. Senior captain Sebastian Ru-benstein said, "We hope that many of the younger kids will find an alternative club to play on for the upcoming season in order to preserve the co-op—Blair, Northwood and Einstein—for this year and future years." Even if the underclassmen were allowed to be on the team, they wouldn't get much playing time. Many of them would be paying to sit on the bench. "With our numbers, at least eight kids would have to be healthy scratches for each game, which means they are paying and not playing or enjoying their experience," Rubenstein said.

Rubenstein made it clear that while it's true that there may not be a team this year, there are more important issues at hand. "We made semis last year and didn't graduate anyone, so when the time comes to play hockey, we are looking for a state championship," he noted.

Another possibility for the team would be to move up a division—from Division 1 to Division 2—but moving up a division isn't necessarily feasible. Rule 4 in the MSHL handbook states that "a Group 2A [Division 2] team is composed of students attending a single high school." If the team were to switch divisions, they would barely have enough players to play the 16-game sea-son, so they would have to break up the team. "We would get killed," senior Javier Lopez said. "We don't want to break up the co-op team because it would [end] the program for the future," Rubenstein said.

A higher division also means higher competition and a smaller chance of making states. "As a team we would not be able to compete as well as we would like," Lopez said.

If nothing changes, it's co-op or bust for Blair hockey this winter.