Pre-cal pal up for award

Magnet math teacher William Rose is known up and down the third floor side hallway for mooching baked goods, popping into student conversations and being a generally good-humored guy. Sherman Leung honored Rose's reputation by nominating him for the local Gazette newspaper's "My Favorite Teacher Contest," a competition for teachers of all grades in 10 designated regions of Montgomery County.

The Gazette rewards the top three winners with a $1,000 prize, half for the teacher and half for the school, given by Montgomery County Teachers Federal Credit Union. These finalists, who will be announced on the Gazette's website and in a special supplement of the paper on Dec. 17, also receive a commendatory plaque.

While in the midst of his freshman frenzy, Leung caught wind of the contest and jumped at the opportunity to nominate his pre-calculus teacher. Leung was motivated by more than feelings of altruism; by submitting a nomination, Leung is automatically entered into a drawing for a Nintendo Wii.

Leung says he settled on the nomination after Rose offered him refreshing support following a low grade on a math test. "He seemed like someone that knows what he's teaching and knows how to teach it in a way people understand," Leung explains.

In addition to adept math instruction, Rose shuns the discouraging atmosphere that envelopes other classrooms at Blair, according to his students. His demeanor is a calming break from the classroom lessons freshman Silvia Kang is used to: "Yell at students and if they don't get it right, then tell them to come to math help. If they don't get it right, then yell at them again," she says.

Rose laughs and clarifies: "I have a pretty relaxed atmosphere."

Rose, although thankful for the nomination, is unconvinced that it indicates superior teaching ability. "I think I'm a pretty good teacher. In theory it would be a compliment," he says. Such praise is hard to come by from students, says Rose, but the Gazette's contest offers a unique opportunity for students to honor their teachers. 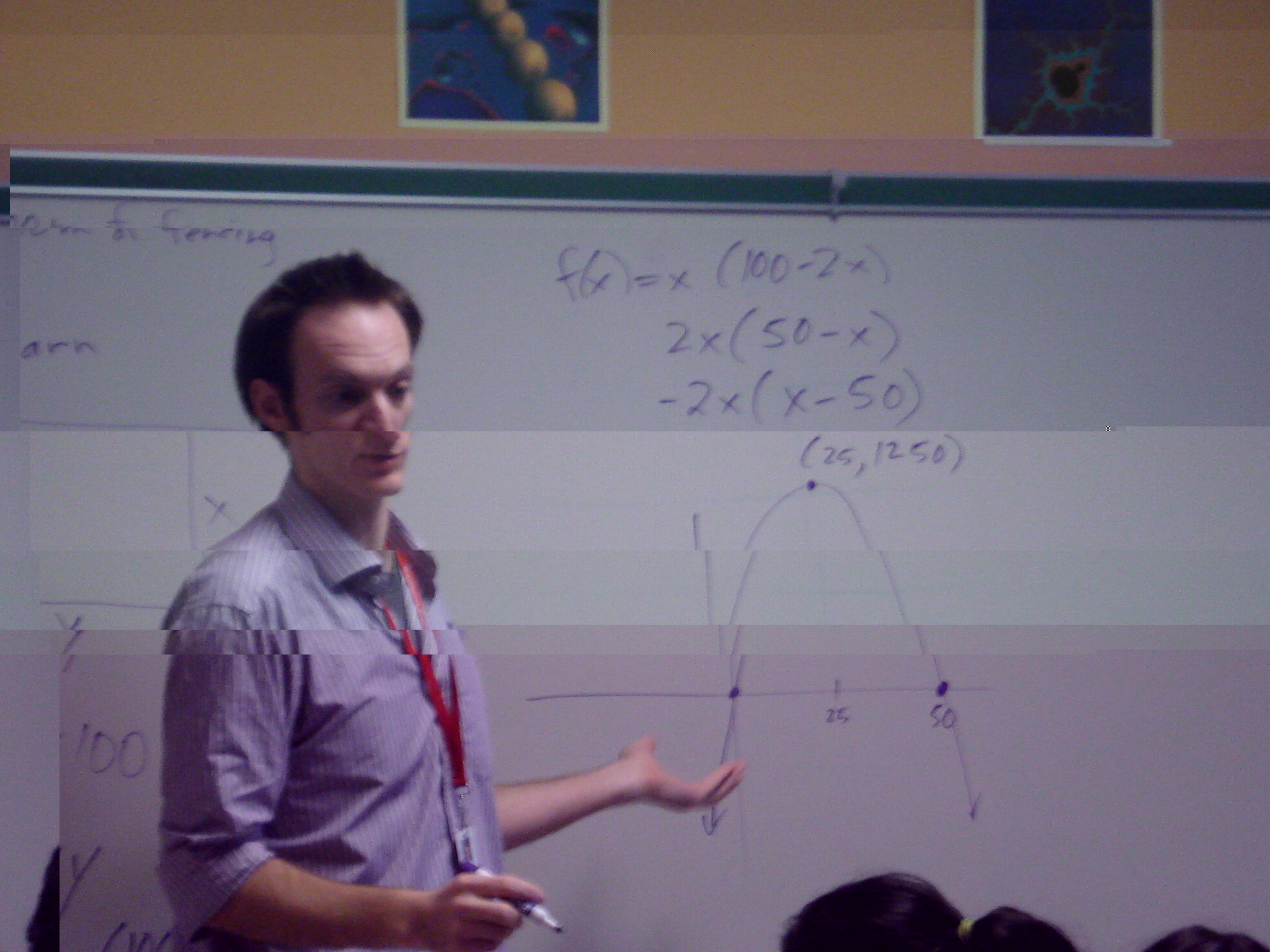 His jokes might have a new punch line. It looks as if Rose will surpass his only competition in the high school category, Blake's Jeannette Hayes, because of his immense student support. In October, Rose's students created auto-vote programs that cast votes for Rose every minute or so. Unfortunately, the website discovered his students' ploy. Within 24 hours the website crashed. It then revoked the ability of individuals to vote multiple times.

Rose hopes to win and use the prize money to continue his laid-back philosophy outside of school. "I'm trying to go on a trip this Christmas," he says. The $500 would put a handy dent in the cost of his planned journey to Mexico.

Besides the enticement of the prize money, Rose appreciates the contest's intention. The Gazette's contest is one of the few ways teachers can be acknowledged for their hard work, he says. "At the moment there is really no good system to actually recognize high quality teachers. Often times it's left to these weird contests," Rose says.

He may need to choose his words more carefully if he's awarded a plaque tomorrow.