Preservationists win round one of three

The Historic Preservation Committee (HPC) voted in favor of recommending two sites in downtown Silver Spring for addition to the Master Plan for Historic Preservation (MPHP) during a committee meeting on Wednesday. HPC will draft a letter to the Planning Board, stating reasons as to why the Falkland Apartments, near the Colesville Rd and East-West Hwy Intersection, and the Perpetual Building Association Building (PBAB), located at 8700 Georgia Ave, are architecturally suited to be put on the MPHP. The recommendations were made based on criteria given in Section 24A-3 of the Historic Preservation Ordinance. 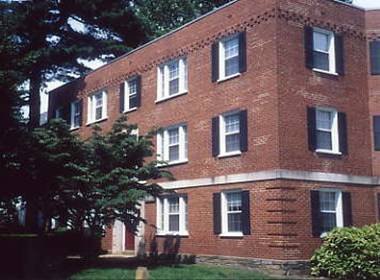 Photo: Part of the north parcel of the Falkland Apartments. The north parcel is the only one endangered for demolition. Photo courtesy of the Silver Spring Historical Society.

Photo: Part of the north parcel of the Falkland Apartments. The north parcel is the only one endangered for demolition. Photo courtesy of the Silver Spring Historical Society.

The owners of the two sites submitted project plans proposing to demolish portions of the sites to develop the land. In order to protect the sites, the Silver Spring Historical Society (SSHS) sponsored proposals to add the two sites to the MPHP.

If the Planning Board feels that the buildings should be put on the MPHP, it will make a recommendation to City Council, which will make the final decision as to whether or not the buildings will be put on the MPHP. Currently, the Planning Board is scheduled to debate the Falkland Apartments on October 18, but no date is scheduled for the PBAB. If City Council decides to put the sites on the MPHP, they will be protected from demolition.

In 2003, The Falkland Apartments were placed on the Locational Atlas and Index of Historic Sites (LAIHS), after Montgomery County commissioned an inventory of downtown Silver Spring buildings more than 50 years old. The inventory was used to determine the buildings that would be reviewed for historic designation. 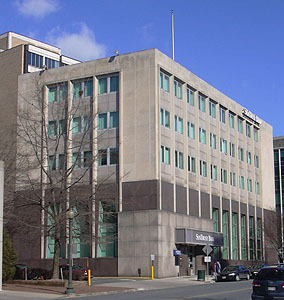 Since the attorneys of the owner of the Falkland Apartments hand-carried many new documents to the HPC only 24 hours before the meeting, the committee and the preservationists had little time to review the information, which caused some problems during the meeting.

"Submitting large amounts of information at the 11th hour is not in keeping with the idea of a master plan hearing which is supposed to be a full review, with all parties having an opportunity to make their case," said Mary Reardon, a preservationist who spoke in favor of preserving the Falkland Apartments.

But, the research that the SSHS submitted to the committee in regards to the PBAB was questioned because the facts and figures did not have footnotes and a bibliography of all sources was included instead. For this reason, HPC questioned the true historic value of the building.

The owner of the PBAB case argued that the building did not have historical, cultural or architectural significance, stating that the building is not unique because so many other buildings look like it. In addition, the owner said that the PBAB was not an early example of "branding," a technique used by architects to design buildings owned by the same corporation with similar layouts.

The Falkland Apartments are three separate colonial-style building complexes built between 1936 and 1938. There is plenty of green space around the buildings, giving the area an atmosphere that contrasts with the urban state of Silver Spring.

The PBAB was built in 1958 with the Modernized Classicism style, which was popularized mid-century. High quality building materials were used to construct the building, including granite formed from the Early Proterozoic Age.