"Pride and Prejudice" to premiere Friday

Blair's fall play, "Pride and Prejudice," will premiere this Friday in the Blair auditorium at 7:30 p.m. Highlights of this year's production include ballroom dance scenes and a revolving set, according to Director Kelly O'Connor. 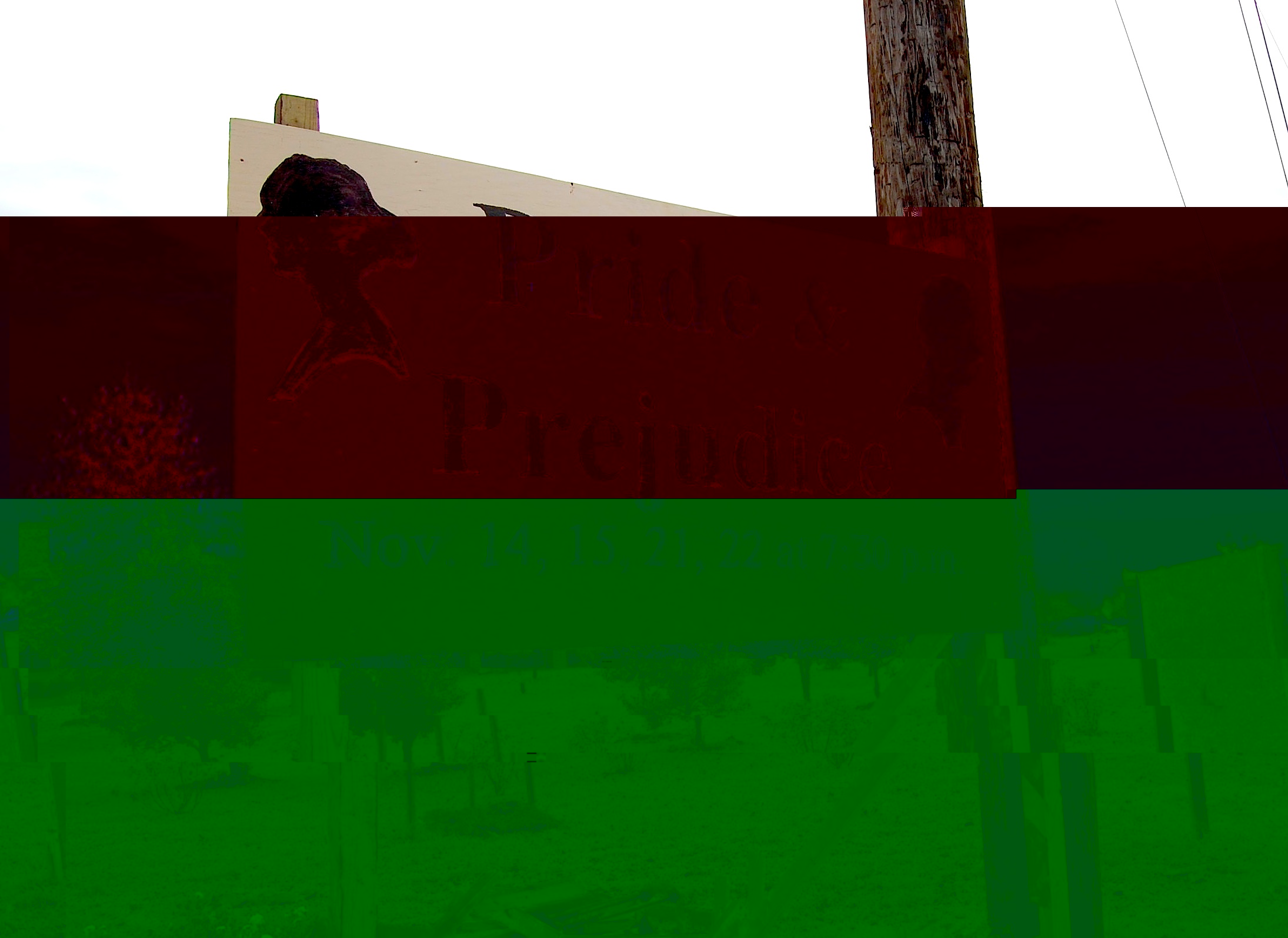 Photo: The fall play, "Pride and Prejudice," begins this Friday.

"Pride and Prejudice," set during the early nineteenth century, follows the story of protagonist Elizabeth Bennet and her four sisters. Due to a rule that enables a distant cousin to inherit their property when their father dies, the Bennets are desperate to have their daughters married off to ensure their financial well-beings. Consequently, when the affluent Charles Bingley rents the house at Netherfield Park and attends a public ball with his best friend Fitzwilliam Darcy, sisters Jane and Elizabeth Bennet begin paying visits to Netherfield. The story is largely centered on the romance that emerges between Jane and Bingley and Elizabeth and Darcy.

"Pride and Prejudice" will be the first play since the 2003 production of "The Rivals" to use periaktoi, prisms that rotate when the scene is changed to show a side that represents a different location. Although the three periaktoi pieces accommodate scene changes, O'Connor, who has directed the school's plays for the past 10 years, also found it necessary to create a large backdrop that stands behind the other pieces of scenery. "There's a big black wall with antique maps of England," O'Connor said.

The two ballroom dances, choreographed by senior Laura Boyer and sophomore Elizabeth Spilsbury, will also be accompanied by music from a harpsichordist, violinist and flutist. O'Connor feels that the dance scenes are among the most exciting parts of the play. "It's a lot of people looking like they're at a real party," she said. "They're talking, flirting, getting to dance. It's a real delight."

Cast members have been working with the choreographers for over a month to perfect the dances, which are often quite difficult. Seniors Maya Baum and Adam Carey, who play Elizabeth Bennet and Mr. Darcy respectively, have learned to talk while dancing. "It was hard at first, but the dances are so ingrained in our brains now that speaking while dancing is not as difficult," Carey said.

Baum is more concerned with the two scenes that require her to play piano and talk at the same time, a feat that O'Connor acknowledges is challenging. "It's quite difficult," Baum said. "I have not yet been able to do it in rehearsals without my voice following the music, but hopefully it works well in the performance."

Despite feeling anxious about playing the piano while talking, Baum is excited to perform a scene with Mr. Collins, the clergyman who will inherit Mr. Bennet's property. "I love the scene when I'm proposed to by Mr. Collins," she said. "I have so much fun acting with Robin Dreher - he's hilarious. I get to act mortified and disgusted."

O'Connor is impressed with the cast's performance in rehearsal and looking forward to opening night. "There are 46 kids in the cast, and they're all doing terrific," she said. "They've learned period dances and worked on British accents."

Expectations for opening night are high among director and cast members. Despite feeling the pressure to deliver, Baum is thrilled to be performing. "I hope it goes well and the audience enjoys it," she said. "Elizabeth Bennet is such a famous character, and a lot of people have read the book or seen the movie version with Keira Knightley. The most difficult thing for me is being able to find my own version of her."

The Blair Players will be performing "Pride and Prejudice" on Nov. 14, 15, 21 and 22 at 7:30 in the Blair auditorium. Tickets are $2 for students on opening night, Friday Nov. 14. All other performances cost $4 for students and senior citizens and $7 for adults. Tickets are available at the Blair attendance office during school hours and at the door each night of the show.