The Top 5 most charming British Youtubers

There are so many vloggers out there on Youtube, it can be hard to choose which one best deserves your attention as you put off studying for APs or unwind after a long day. The British Youtuber sensation sweeping the internet nation certainly doesn't help, because there are countless Youtubers with pleasant accents or quirky personalities. Here's SCO's list of the top 5 most charming, most quirky and most pleasant Youtubers to while away the time.

Technically, Danisnotonfire and Amazingphil are two different Youtube channels, but Dan Howell and Phil Lester are a package deal. They're flatmates and best friends that live in London. Phil is very family friendly and refuses to curse on his channel, which is mostly casual vlogs. He seems like a quiet northern boy on the outside, but a more in-depth look at his videos shows that he clearly has a darker, more snarky side. Dan is in a perpetual state of existential crisis and often makes videos about his own failures in life or situations other people might identify with. His perfect enunciation, which he blames on watching Winnie-the-Pooh when he was younger, makes him sound much more posh than he actually is. Both are on the dorkier side, with obsessions that include Pokémon, Totoro, placentas, and lions. Dan and Phil started to produce their own channel together called the Super Amazing Project, and last year started a radio show on BBC Radio 1. Just watching one video will get you completely hooked on their unique, dorky charm. 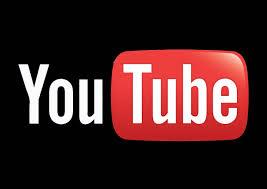 Photo: What British "vloggers" should you be watching?

Photo: What British "vloggers" should you be watching?

Emma Blackery is a little different from some of the nicer, quieter Youtubers. Her blunt humor is extremely funny, which is good, because she mostly does comedy vlogs. Emma's content is a combination of daily blog-style videos as well as stories about her life and the difficulties of becoming an adult. She lives with her dad after being fired from her job, but she continues to make brilliant content, and her snarky personality is always charming.

Zoe Sugg is very pretty, very cheerful and her accent is extremely charming. But what makes her really great is that she is still pretty, cheerful and charming despite all of the troubles she's had with anxiety disorders and other personal problems. This gives her character a lot more depth and helps her to give great advice in her videos. She does a lot of light-hearted do-it-yourself makeup and hair tutorials as well as normal vlogging, as well as having a lot of Youtuber friends and being otherwise very social. Combined, these things make her a great and very charming Youtuber.