Should the policy confining coach-team interaction to a single season be reversed?

Ya Zhou says yes: A new approach is needed for an unenforceable state policy.

A policy that is based on narrow-minded assumptions can neither be truly effective nor practically enforceable. This is readily apparent in the state rule prohibiting high school coaches from doing their jobs offseason. 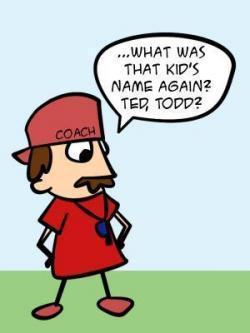 Photo: If coaches can hold practices before the beginning of the season, valuable time will not be wasted on getting to know the players and building team chemistry.

Photo: If coaches can hold practices before the beginning of the season, valuable time will not be wasted on getting to know the players and building team chemistry.  Photo courtesy of Bonnie Ding.

According to athletic director Dale Miller, one major basis for the policy is to prevent coaches from forcing players to train throughout the year. Additionally, the rule is in place to stop one team from gaining an unfair advantage through increased practice time. While this reasoning may hold true for some coaches, other coaches see the rule as a hindrance to the team's productivity and teamwork.

During the offseason, athletes sometimes join community leagues with coaches from outside their school. This may prove damaging to the school's team when students play together during the season because coaches often have unique styles that can conflict with one other, according to Miller. "Coaches may not have the same philosophy," Miller said.

Sophomore Li Ma concurs with Miller's claim. A member of Blair's boys' volleyball team last year, Ma said that coaches need as much time as possible to train with their athletes. "Especially in team sports, it's difficult to get to know people's strengths and weaknesses if you don't have enough time to train together," Ma said.

Another major problem with this policy is that coaches frequently find loopholes in the rule, negating the policy's benefits without breaking it, Miller said. Because the rule states specifically that coaches cannot coach more than 80 percent of their team during the offseason, two coaches may trade a few players - three players in a ten-person basketball team, for example. While the policy requires that the offseason team not be affiliated with the school in name or uniform, those two qualifications hardly stop a team from practicing outside, thus rendering the policy ineffective.

The athletic program at Blair has also tried to reach its athletes despite the policy. The spring training program sponsored by teachers Robert McMahon, Robert Gibb and Michael Horne was partly created to follow the specific requirements of the policy while still giving athletes more time to train at school, according to Gibb.

Ambiguous, detrimental to team chemistry and easy to bypass, the current policy needs revision. One option is to meet coaches halfway; instead of prohibiting team practices for the entire offseason, the policy could allow coaches to meet with students during the summer. Another is to more rigorously enforce the rule; the policy lacks purpose if some coaches continue to blatantly break it.

Seasons in the Washington, D.C. area are not exactly reliable, but in the context of high school sports they are separate entities. Without the boundaries on team play enforced by the MPSSAA policy, public schools would lose the notion of equal competition. 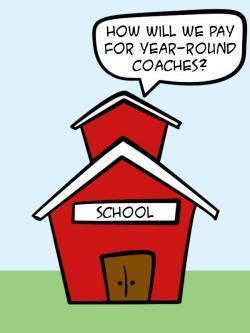 Photo: Because not all schools can afford to pay coaches year-round, reversing the MPSSAA policy would create inequality in high-school athletics.

Photo: Because not all schools can afford to pay coaches year-round, reversing the MPSSAA policy would create inequality in high-school athletics.  Photo courtesy of Bonnie Ding.

The main reason for the MPSSAA rule is to level the playing field among the teams in a league. Otherwise schools with more money would be able to afford full-time coaches and thus foster a stronger team and a winning season, working against the aim of public schools to end inequalities as defined by socioeconomic status. "Everybody's coming from the same background in regards to the amount of practice," MPSSAA executive director Ned Sparks said in support of the rule.

In addition, limiting a coach's involvement with the team creates checks and balances in high school sports. A coach could force a star player to train with the team during all three sports seasons, and high school student-athletes – notice high school and student come before athlete – should not be locked into a grueling, year-long commitment. In high school, students have the benefit of exploring a wide variety of interests and activities; a football player should not be deprived of his baseball career for the sake of building a powerhouse pigskin squad.

As the MPSSAA policy rightfully promotes, the role of high school sports coaches should not be to preach an obsessive one-way commitment, but to inspire goal-setting and foster a passion. "[The idea is] to keep the proper perspective in regards to education-based athletics," Sparks said. Even if year-round basketball sessions do not bite into swim practice or other extracurricular activities, they prevent a student from taking a break to focus on schoolwork.

The backlash for the policy seems to be most vocalized by coaches. Meanwhile, team captains are learning to lead casual offseason practices on their own, whether after school at Blair or on mixed community teams. There is nothing wrong with a little inconvenience for the sake of promoting equality in high school athletics and ensuring that student-athletes are able to pursue all of their interests.