Pro/Con: Is academic tracking an effective way to teach students at all levels?

Social studies teacher George Vlasits is a part of a county-wide anti-tracking organization that is attempting to halt the separation of students into ability-based classes. Academic tracking has been a fixture in the Montgomery County and state education systems for decades, but new evidence suggests that it may not necessarily benefit students.

In a perfect world, everyone would be equal. Everyone would have the same potential, so telling children that they can grow up to be anything they want to be would not be a lie. In reality, that's not the case, and in academics, not every student has the same ability. Grouping students into homogeneous classes based on ability, a system called tracking, is the only way to account for these differences and to ensure that each individual receives appropriate instruction. 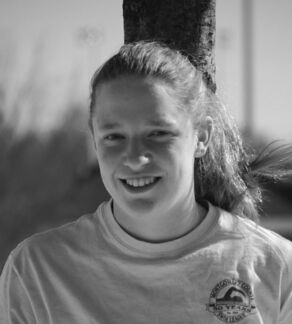 Conversely, in homogeneous classes, students at any level are more comfortable participating and can comprehend the material that is of an appropriate level. A 2003 study by the Journal of Educational Research on the effects of ability grouping on junior high school students in Hong Kong found that ability grouping leads to higher achievement and self-esteem in all students, not just those at an advanced level.

Even if remedial course curricula are on a lower level, the standards for student dedication to learning in remedial courses are just as high as in other classes, said Blair math teacher Ayeshah Pope. "All students, even in below-grade-level classes, must be held to high standards to make sure that all students come up to a certain level,” she said. If schools want any chance at closing the achievement gap between below-and above-grade-level students, they must continue to provide remedial classes to give struggling students the individualized attention they need, instead of ignoring the problem and letting heterogeneous classes drag these students further behind.

Un-tracked classes do not only keep below-grade-level students in a constant state of confusion, barely passing classes, but also make advanced students bored, forcing them to review material they have previously learned. According to the National Research Center on the Gifted and Talented, students in enrichment and acceleration programs outperform students of the same grade and IQ in non-accelerated programs by almost one full year on achievement tests. Without opportunities for more difficult classes, advanced students would never be challenged in school and would never have the chance to discover their full capabilities. Essentially, it is impossible for teachers to make a universal lesson plan - in tracked classes, productivity would decrease, as only half the class could learn effectively under any one curriculum.

In recent years, the term "tracking" has developed a negative connotation. Its opponents claim that once identified for a certain "track," students are forced to follow it for their entire academic career. This is not the case. According to Pope, if a student feels that a certain class is too difficult or easy for him or her, he or she has options for mobility. The student has the freedom to discuss the issue with his teacher and, if the teacher approves, can switch to a different level.

It would be easy to pretend that all students can learn at the same pace and convenient to lump them all into heterogeneous classes. It would be satisfying if advanced students in such classes could inspire below-grade-level ones to increased performance. But evidence shows that is not probable. Ignoring the academic diversity of students by eliminating ability grouping would do nothing but discourage already struggling students and limit students with high potential. Schools must stay true to their promise of providing each student with an individual education by not succumbing to pressure from anti-tracking activists to take the easy way out.

Philipa Friedman says no: Tracking harms students on both the higher and lower tracks.

It begins in the third grade. Sharpened pencils and granola bars signal the first essential step in an educational journey. A shiver runs up the spine of each eight-year-old student as he or she sits down to take a test that will ultimately determine how well he or she does in school, in college and in life.

Teachers peer at their students, mentally calculating their strengths and weaknesses, looking over their shoulders as they solve math problems and read books. By fourth grade, the first students are placed in 'gifted and talented' (GT) or accelerated classes and moved away from the protection of what social studies teacher and anti-tracking activist George Vlasits calls a 'heterogenius' classroom. 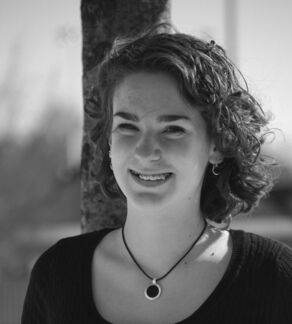 Photo:
All melodrama aside, academic tracking is a creepy practice. Based on a test that they take in the third grade, kids are placed in classes with other students who have similar skills. It seems harmless, but third-graders are all in wildly different stages of development; it's little wonder that only a few of them are selected for 'advanced' classes when ways of discerning which ones are the cream of the crop are unreliable at best, biased and discriminatory at worst. The rest are placed on a path of less rigorous courses that fail to provide them with the skills to get on the fast track later if they so desire. Furthermore, said Vlasits, separating students deprives them of the opportunity to learn from one another, so students have a particularly limited view of a subject.

Not to mention the fact that white and Asian students are 40 percent more likely to get into 'GT' programs than black and Latino ones, so these classes are inherently segregated to begin with, according to Vlasits. Reading a book about the civil rights movement lacks a well-rounded perspective in a room full of rich white kids, after all. Vlasits also raised the issue of the label of 'gifted' versus 'not' — parents, teachers, and students themselves aren't likely to push those 'non-gifted' kids to achieve if they believe nothing will get them to the level of the 'gifted' ones. In fact, according to Alternet.org, when students are expected to do poorly, they generally do; a white or Asian student generally scores 40 percent higher on a standardized test than a black or Latino student. And so, like diverging train tracks, the achievement gap widens until one track is headed as far up as Alaska while the other finds itself dropped off thousands of miles south in New Mexico. Geographically and educationally speaking, it's a huge distance.

Not only do students miss the perspectives that come with a diverse classroom, they also fail to learn basic skills. The kids on the slower track just don't learn as much, and the kids on the fast track are shoved ahead so many years in math and science and reading that they miss the foundations they need to understand what they're learning, said math teacher John Giles. Granted, many of them do really well in those higher-level classes, but oftentimes it's because they're geniuses at memorizing. The students in Giles's Advanced Placement (AP) Calculus AB class have been getting progressively younger, and as their average age decreases, so does their average grade, he said. According to Giles, the county is changing class curricula to accommodate these students who just don't have the core concepts down. But once these students get to AP, they tend to do poorly because the county has no authority over what is taught and assessed in an AP curriculum. It's ironic that the very students who were identified as high achieving are now under-performing.

Maybe tracking wouldn't be so harmful if it weren't so biased towards upper-middle-class white and Asian kids. Or maybe if the lower track offered more, or at least some, opportunities to move up later. Or if kids were still getting foundational knowledge in all of their classes. But frankly, that's too many hypotheticals for any sort of system to function, much less one that is intended to educate students.