Pro/Con: Should clubs at Blair receive funding from the school? 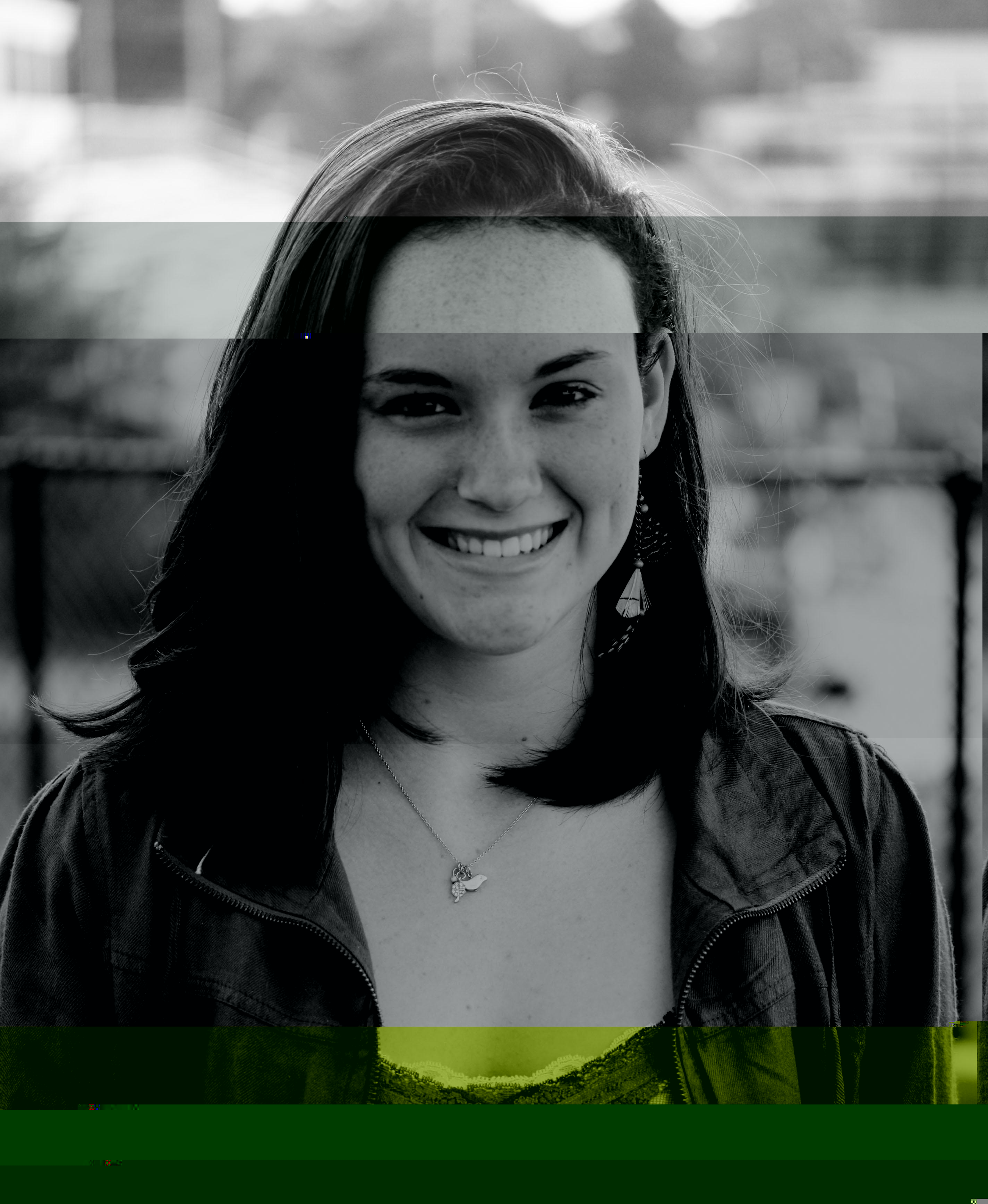 Photo:
Katie Pohlman says yes: The school should fund clubs to enrich the community of Blair.

One by one, Blazers showcase their different talents in hopes of winning a trophy at the end of the night. As the audience watches the performers, food is brought in and arranged neatly on a table next to a donation jar. People walk by, grabbing food and dropping an occasional dollar in the jar.

But the money raised that night at Blair's Next Star by the African American Culture Club will not go into savings for future events. It will be spent paying for the security guards hired, the food ordered, and the trophies bought. After all the bills are paid, the African American Culture Club will remain in debt, leaving no money to pay for future speakers and events.

Like all clubs at Blair, the African American Culture Club is not funded by the school. It must find ways to raise money by itself, which is never enough to reach their goals for raising cultural awareness and promoting diversity at Blair by holding events for students to participate in and hosting speakers to discuss important issues in society. Many clubs attempt to do the same, but few have the funds necessary to follow their agendas. In order to promote these clubs as vital aspects of the our school community, the school should actively fund them, rather than allow them to rely solely on the fundraisers they organize or the insufficient "mini-grants” available from the PTSA.
Clubs allow groups within the diverse student body to express themselves within the Blair community — something the school should encourage and promote as much as possible. Clubs unify students through shared interests, allowing them to express themselves by helping the community or discussing issues that they feel are important, as in the Women's Advocacy Club or Students for Global Responsibility, to name a couple. Students may not have the opportunity to reach such a level of engagement in classrooms or at home. Sponsoring clubs will allow the school to become more than just a place for taking tests and receiving grades for students; it will create a multicultural community.

The most a club can receive from the PTSA is $100 a year. The African American Culture Club's sponsor, paraeducator Renee Newman, said that her group did receive a mini-grant one a couple years ago, but it was not enough to help significantly and discouraged her organization from applying in later years. There are also expiration dates on the funds of one year, which limit what a club could do with the money. If the money will not be there next year, clubs will not be able to plan long-term events because their funding will disappear with the school year. Because the PTSA only has a limited amount of funding set aside to help both clubs and teachers at Blair, the school should take greater responsibility for the majority of club funding. The school should collect part of the funds from payments they get such as the payments they receive from students who apply for parking spots to start a club fund. It may take a while to build up this fund but it would still be a way to help out the clubs that need it.

With little or no funding, clubs are not able to reach out to prospective members through enticing and thought-provoking events. The African American Culture Club finds that speakers are always out of their price range, which would not be an issue if they received funding from the school. "With more funding, we would be able to have more speakers come to Blair and hold more seminars for the students,” Newman said.

By opening up new opportunities for self-expression and action, clubs will benefit the greater Blair community. Education does not stop in the classroom, and clubs are a way for students to continue their learning and focus on something they are passionate about. The change that funded clubs could create in the community would be well worth the school's extra effort to fund them. Blazers would be able to experience an enriched community. 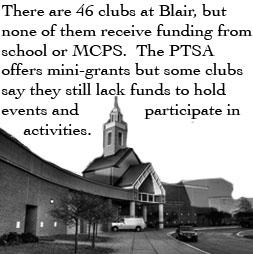 Maggie Shi says no: School support for clubs is unnecessary and will cause more problems than it will solve.

Our world seems to revolve around money. From monetary policy and budget deficits to Cash 4 Gold and "Mo Money Mo Problems,” it's on everyone's mind and one of the most common solutions to the world's problems is to throw money at them. But there's no such thing as a free lunch. If someone is paying, that means the money is being taken from somewhere In addition, the benefactor will always, on some level, expect something in return. There is no need for Blair to support clubs because it will burden the school, clubs may have to give up their autonomy and, most importantly, clubs are doing fine without school funding.School funding is simply unnecessary; there is already a robust fund dedicated to such expenses. Every year, Blair's PTSA puts $10,000 into the mini-grant fund. According to Judith Arbacher, a co-chair of the mini-grant committee, some of this money goes unclaimed. If an untapped source of funds already exists, there is no reason to ask for even more money.

In recent years, the number of clubs applying for mini-grants has decreased so much that the PTSA hasn't been able to give out all its money. Therefore, there is no argument for clubs receiving more funding if most of them don't even take advantage of the PTSA mini-grant program. 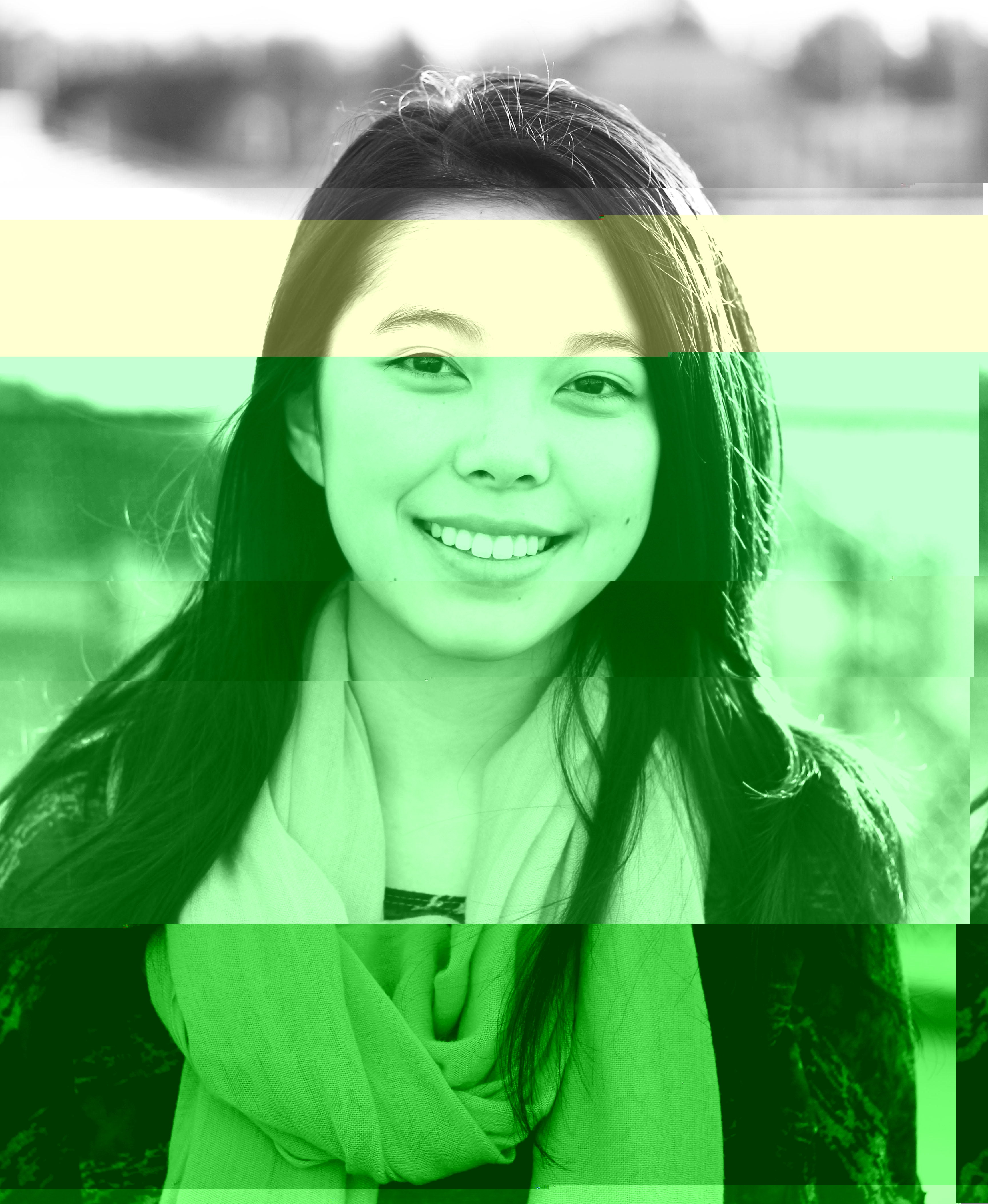 Instead of having the school just indiscriminately handing money over to every club, the mini-grant program provides a buffer between the clubs who are willing to put in the effort to raise funds, and the ones who are waiting for money to fall into their laps. This money is given out in small grants, meaning the PTSA's influence on how the money is spent will be minimal.

Granted, the $100 limit is often not enough for bigger initiatives. Clubs often would like to get support over longer periods of time or for bigger projects. But because the mini-grant fund isn't even used up by the end of each year and each proposal is considered by a committee of PTSA members, it isn't unreasonable for a club to try to negotiate for a bigger grant. This would certainly be easier than trying to negotiate a system-wide change the school's support of clubs.

Beyond budgetary matters, there's the issue of what clubs would "owe” the school. Right now, clubs operate fairly freely. With the exception of a volunteer sponsor, clubs are completely student-run. That makes clubs safe havens for student expression, unadulterated by the meddling of school staff. When they raise their own funds, clubs are effectively free to do whatever they want. This independence means that they won't be functioning under the fear of stepping on the toes of an administrator and losing funding.

Many clubs at Blair advocate for sensitive issues, such as the Gay-Straight Alliance and the Women's Advocacy Club. If the school sponsored clubs, then dissenting staff and administration could influence their activity. An upset official would hypothetically have enough leverage to silence a club's members. It completely defeats the purpose of having student-run organizations if they can be pressured by the administration into action or inaction.

In addition to clubs' autonomy, there's the obvious issue of where to get the money to sponsor clubs. Montgomery County is cash-strapped already, so finding money to support clubs with would mean taking money out of somewhere else in the budget. The county would then have to implement a new system for weeding out fraudulent requests, thus sapping even more resources from a strained budget.

The system-wide change of having schools sponsor clubs would impose an unnecessary burden on everyone. Clubs would be burdened with the possibility of losing their autonomy and scrimpy school budgets would be spread even thinner. In the game of money, losses are never good, and Blair sponsoring clubs is lose-lose.