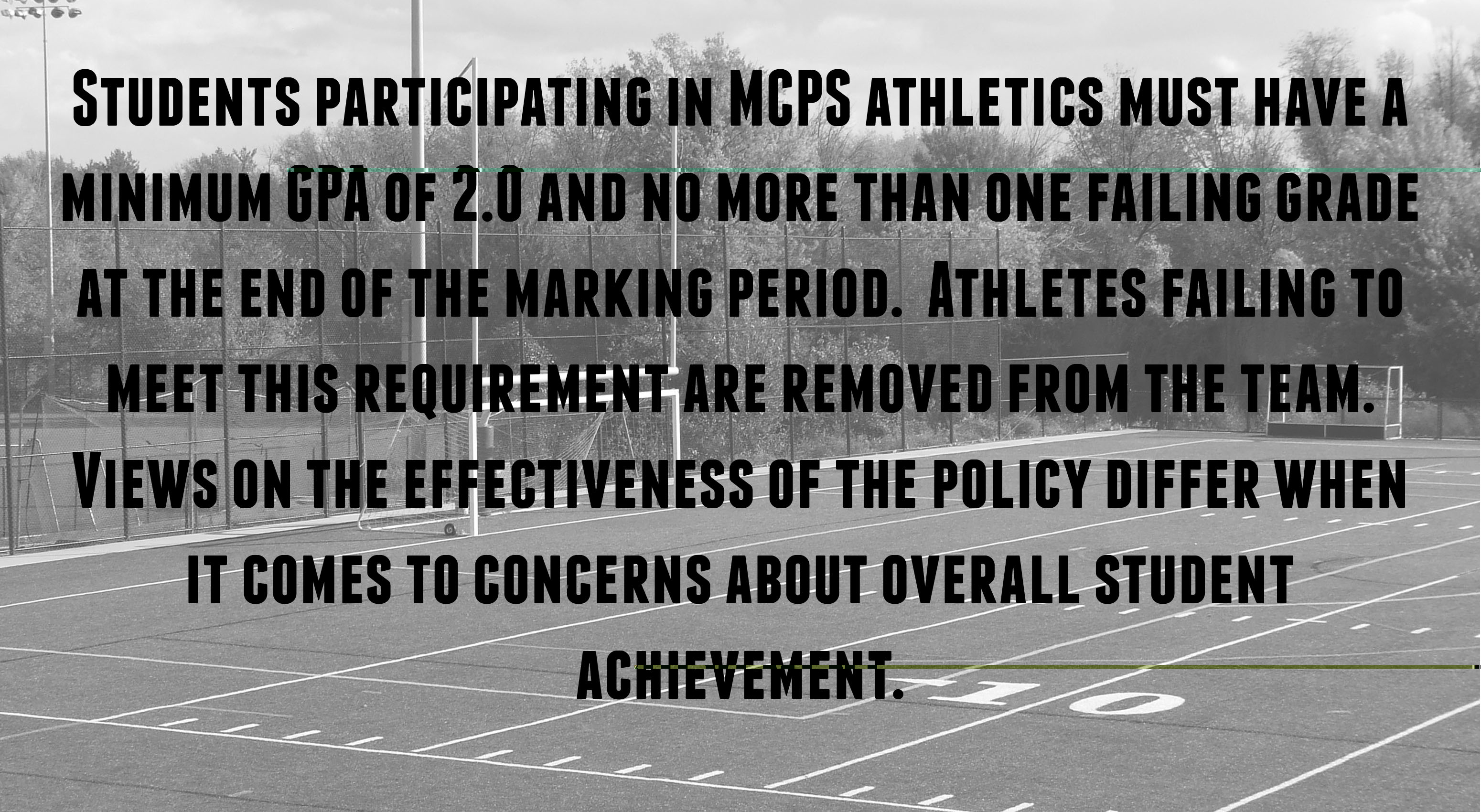 Photo:
Students participating in MCPS athletics must have a minimum GPA of 2.0 and no more than one failing grade at the end of the marking period. Athletes failing to meet this requirement are removed from the team. Views on the effectiveness of the policy differ when it comes to concerns about overall student achievement.

Whether they score a goal, get a penalty, miss a save or win a game, Blair athletes represent our school. They are our image to and our primary interaction with other Montgomery County schools. With this privilege also comes the duty of showing responsibility, dedication and discipline, on and off the field. Athletes are responsible for keeping their positions on sports teams by staying eligible, the same way they are responsible for weight training, attending practice and making it to games. Devoted athletes should be able to put time into maintaining a grade point average (GPA) of 2.0 as an obligation to the team, and a huge majority of them do. 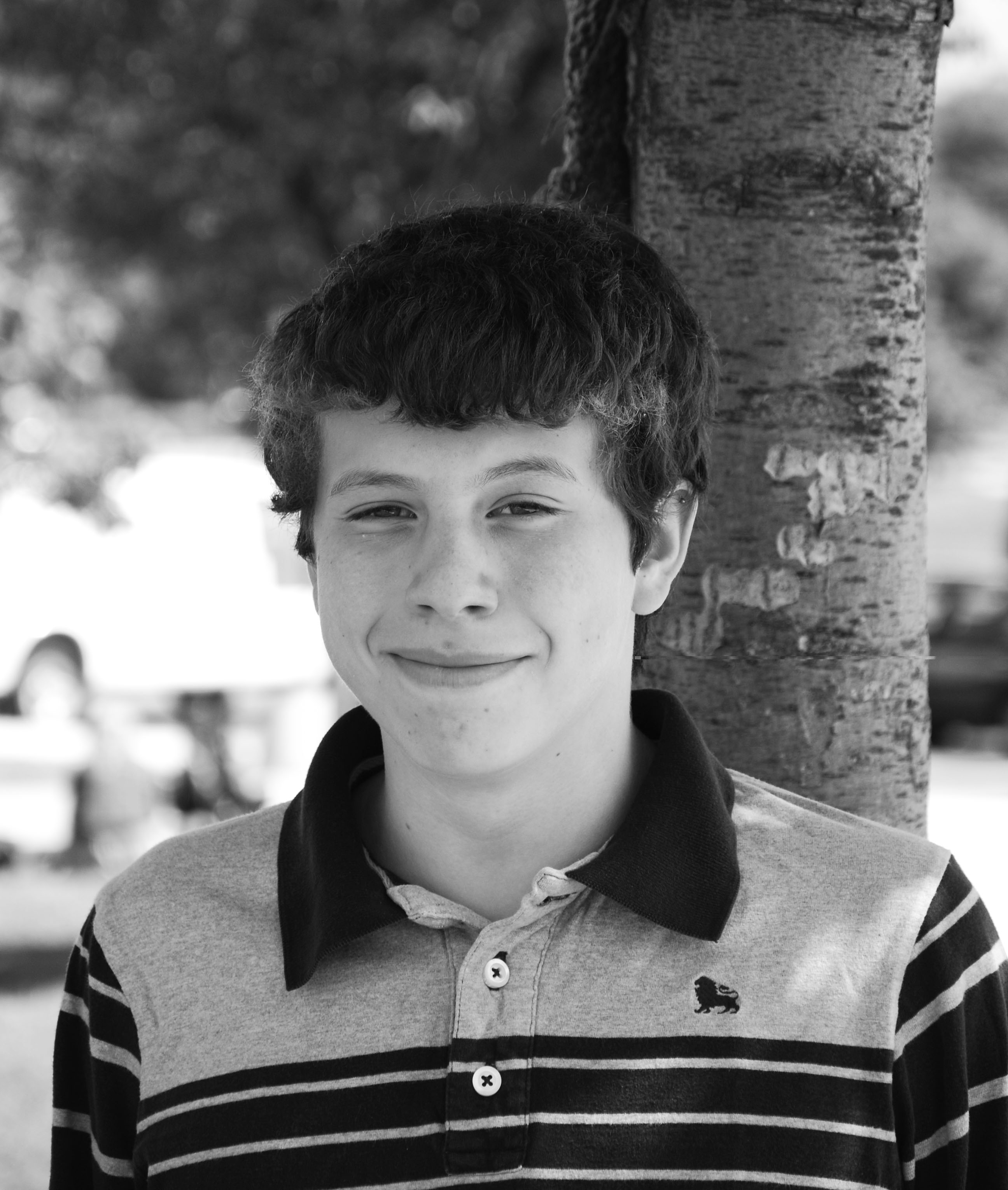 Photo:
The academic eligibility policy has worked for Montgomery County for about 20 years, and its standards maintain the integrity of Blair athletes and teams. It was restudied about five years ago, and a large work group of 40, consisting of coaches, athletic directors and community organizers, voted to keep it in place.

A C grade average is not an unreasonable expectation. Though some Blair athletes struggle with academics, there is a huge support system organized by athletics directors and coaches to help students get their grades up. Coaches regularly take up the responsibility of personally ensuring that athletes remain eligible, talking to teachers to arrange extra academic support and sometimes even helping students with coursework themselves. With these resources available specifically to athletes, this policy ensures that they are putting an effort into their academics.

In interviews, varsity baseball coach John MacDonald, Blair athletic director Dale Miller and director of MCPS's athletic department William Beattie all said that a GPA of 2.0 is a fair expectation of athletes. MacDonald said, "They just have to show up" to meet the requirement.

Not even that. With the Loss of Credit (LC) policy removed, allowing athletes one failing grade seems lenient. Last year, if students had accumulated enough unexcused absences and tardies, they risked losing credit for (and failing) a course. Attendance does not directly affect academic eligibility this year, so now, more than ever, athletes have an easier time meeting these minimum requirements.

The Montgomery County Sports Academy, provided by the Department of Recreation, is an alternative for ineligible athletes to play competitive sports. The after-school program is available at Blair and free for all students, and as of this year, has no requirements of academic performance, though it does offer academic support and resources.

Athletes have certain advantages over others in the college admission process. However, athletic performance is not the only thing colleges look at when admitting students; they are, after all, academic institutions. Top colleges, with top sports teams, will also be strongly considering a student's GPA and other academic qualifications. Motivating athletes to pay attention to their schoolwork to stay on the team, the eligibility standards also increase athletes' opportunities to further their athletic career on serious college teams.

The school system receives taxpayers' dollars to give their children a good education. Funding for athletics programs comes out of that, because the programs greatly increase students' general achievement and offer them a gateway into the increasingly competitive environment of college admissions. It is not justifiable that these dollars should go to sports teams at the expense of education. Senior Jonathan Aiken, who competes for the varsity football and track teams, said, "Education is the most important thing; when it's all said and done, all you have is your education."

There are currently around 21,500 students in MCPS' athletic program, all of whom are working on and off the field to stay on the team. Competitive sports teams are selective. When athletes try out for sports teams, the expectation is that they will fulfill the necessary responsibilities to be a positive asset to the team, including putting effort into academics.

Sports require discipline, time management, commitment and perseverance - all key lessons in life. Participating on a sports team teaches athletes these vital lessons that are not necessarily taught in the classroom. A 2.0 minimum grade point average (GPA) requirement to play sports at Blair further inhibits athletes who struggle in school by taking away an essential educational experience. 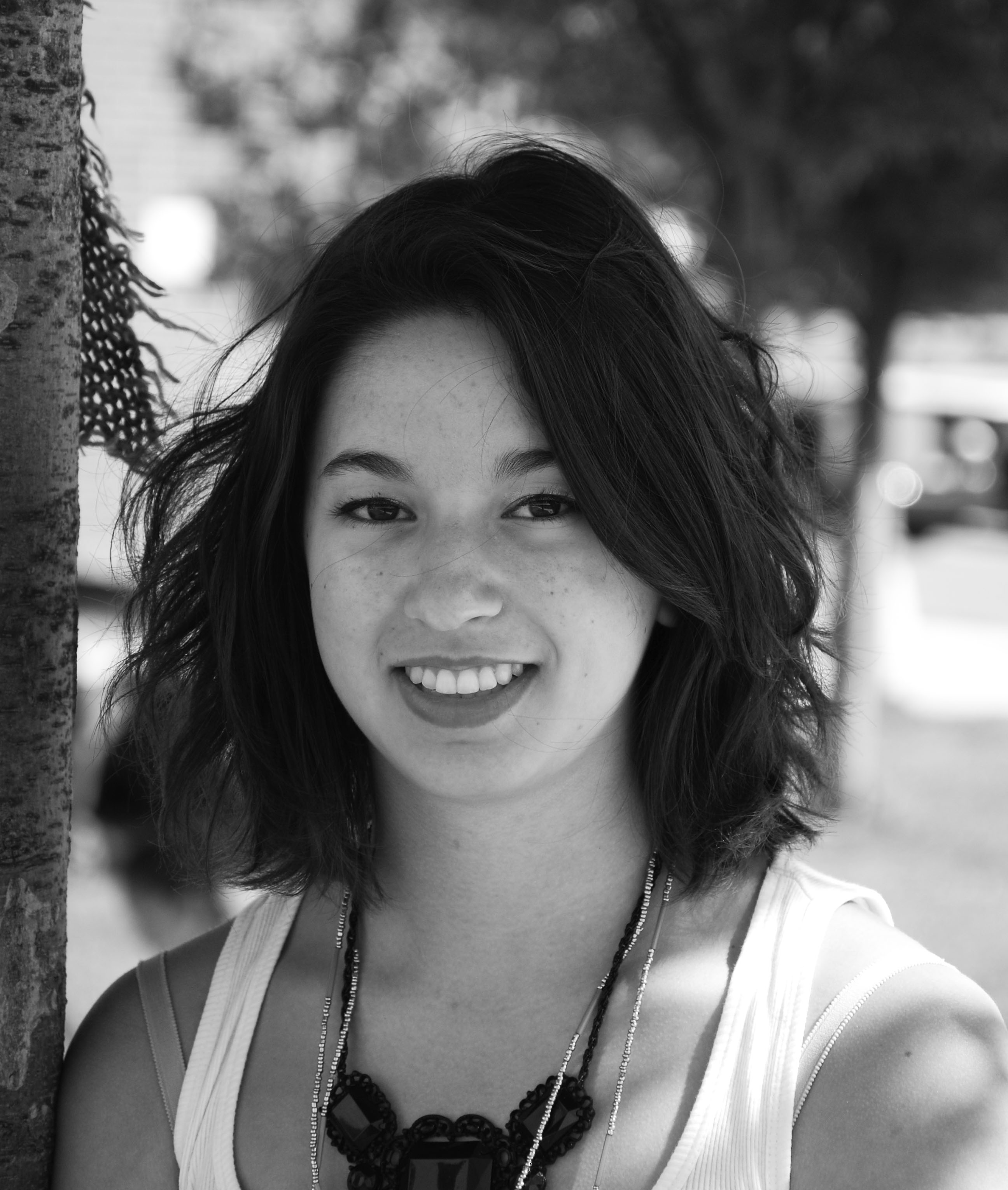 Photo:
Requiring students to maintain 2.0 minimum GPA is a futile policy. It hurts players, teams and the school as a whole.

Sports are an important and valuable part of many Blazers' lives, but the requirement holds athletes to a standard that is difficult to sustain considering the amount of time they spend at athletic events. It not only affects them, but also can eliminate many quality athletes for Blair.

Because of the hectic schedule that athletics demand, it can be difficult for some students to meet the academic standard. Many teams practice two hours each day, five days a week. Games also contribute to the time commitment, taking place one or more nights a week or on Saturdays, depending on the sport. This limits the time that can be spent on academics.

Even with an academic eligibility requirement, there is no evidence that suggests the policy does lead to higher academic achievement. As professor of sociology Thomas Robinson wrote, there are no studies that prove that eligibility requirements lead to higher student academic achievement. Even if athletes don't meet the 2.0 requirement, participating in sports teaches valuable lessons. In fact, research shows that athletics help students make good choices and stay in school. According to Pennsylvania State University sociologists Daniel and Donna Lauders, male students who participate in athletics have lower rates of delinquency than non-athletes. And according to University of Oregon sociologist Walter Schafer, non-athletes were four times as likely to drop out of high school than athletes.

The eligibility requirement does not only affect the futures of individual players, it hurts a whole team. On Blair's cheerleading team, everyone on the team participates in every combination. If a student is cut from cheerleading, it alters the entire squad. Cheerleading coach Roxanne Fus explained that a certain grouping is required to do a stunt legally. If one person in a stunt group is cut because of eligibility issues, the whole group cannot participate. This not only penalizes many members of the team, but it requires the whole routine to be changed.

Fus said that this year, eligibility could be an enormous problem. "This year's county competition is November 13th; report cards come out November 11th," explained Fus. "If we have anybody who is ineligible, we have two days to fix our entire routine."

The 2.0 minimum GPA requirement also creates academic integrity issues. Coaches are known to persuade teachers to let athletes turn in certain assignments late or remake assignments to try to improve a student's grade. This leads to unfair and slanted grading for athletes.

Varsity football coach Jeffrey Seals stated that he never attempts to persuade teachers to change grades for his athletes; however, he does keep in close contact with them. "Teachers will email when a problem arises," said Seals. "I'll let the kid know what he has to do." While this practice is helpful to athletes, it gives special privileges to them that other, non-athlete students do not receive.

Not only is the 2.0 requirement unnecessary, it can promote academic dishonesty and it upsets Blair sports teams. If a student has a passion for athletes, the lessons learned on the field can be the most important lessons learned in school.