Pro/Con: Should the U.S. commit to emissions reduction at Copenhagen?

As global temperatures continue to rise and emissions levels continue to increase, the need for action on climate change from world leaders grows more important. This month, the U.S. attended the United Nations Climate Change Conference in Copenhagen, Denmark, to discuss an international solution to the global warming crisis. At the summit, the U.S. faced the choice of committing to an immediate and costly emissions reduction agreement.

While American policy makers have bickered over health care reform, the rest of the world has focused on a more global issue: climate change. For a long time, it seemed that Congress was too busy to formulate a clear commitment to a carbon emissions reduction agreement before the annual United Nations (UN) Climate Change Conference held earlier this month in Copenhagen. With no congressional guidelines with which to negotiate, the Obama administration came up with the hazy goal of a 17 to 20 percent carbon emissions reduction by 2020, a level that leaves most international scientists dissatisfied. But the lackadaisical attitude of "we'll get to it later" is unacceptable. The U.S. has a moral duty to commit to carbon emissions reduction at the international level. 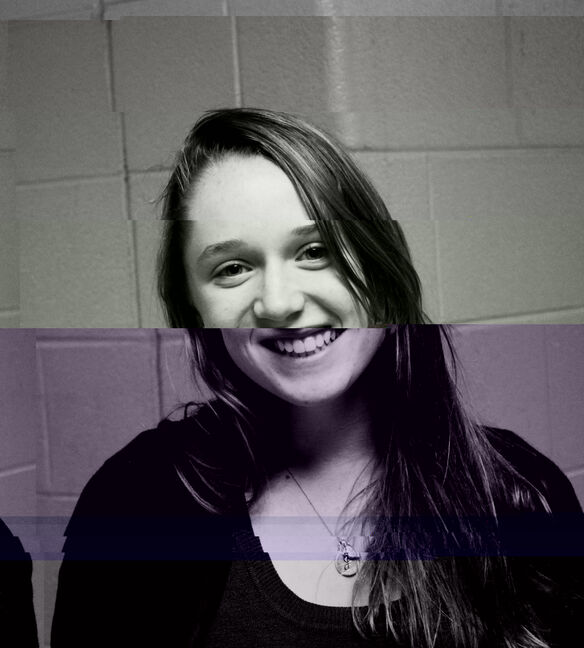 Photo:
As any elementary student of science knows, emissions of carbon and other greenhouse gases are the causes of global warming. The greenhouse effect occurs when certain gases in the earth's atmosphere, namely carbon dioxide, methane and nitrous oxide, absorb heat from the earth and reflect it back to the planet. More gases present in the atmosphere mean more heat, thus raising global temperatures. The UN's Intergovernmental Panel on Climate Change reports that annual emissions of carbon dioxide, the most notorious greenhouse gas, have risen by over 80 percent since 1970. Experts at the panel also say that by the end of this century, average global temperatures might rise by as much as 5.4 degrees Fahrenheit. For comparison, in the 100 years from 1906 to 2005, temperatures rose by 1.3 degrees.

With every year that passes, climate change becomes an ever more urgent problem. The effects of the global rise in temperatures are pervasive and frightening. Failure to act soon could lead to decreases in food production, changing sea levels, more endangered and extinct species and the spread of diseases. At the current rate of carbon emissions, according to the UN Framework Convention on Climate Change, the organizing body of the Copenhagen conference, agricultural yields in sub-Saharan regions of Africa could decline by 50 percent by 2020, and climate impacts could to displace nearly 200 million people worldwide by 2050. 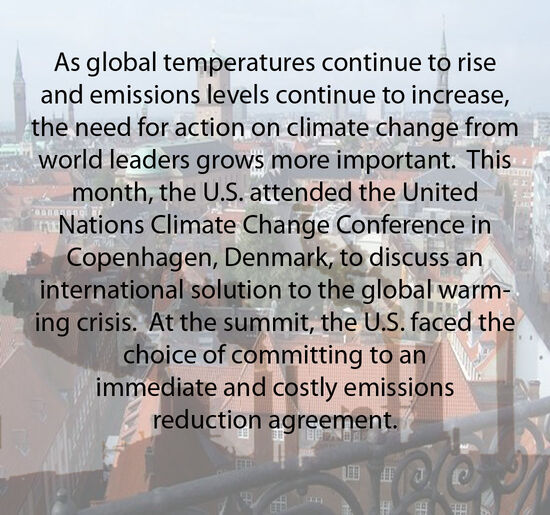 Photo:
All these numbers add up to one unavoidable truth: America must act now to avoid disaster. Since the U.S. has the second largest amount of global carbon emissions by a single country, any action will go a long way in reducing global emissions.

A clear American commitment to reducing carbon emissions in the form of an agreement at Copenhagen will lead to a ripple effect on the choices of other nations, according to Jennifer Layke, deputy director of the Climate and Energy Program at the environmental think tank World Resources Institute. "The rest of the world will not take further action until the U.S. does," she said.

Already, world leaders are suggesting that while they originally hoped for a politically binding treaty this year, the best possible outcome of the Copenhagen conference is merely the framework for a such an agreement that will be finalized at next year's conference. America's failure to get involved earlier is a reason for the unacceptable delay in coming to an agreement.

But delays are not an option. The longer we wait to take action on climate change, the more damage we do to the planet. Investing in green technology is viable as a long-term strategy. But while we wait for our investments to create a market for green energy, we cannot sit around twiddling our thumbs, dumping more pollutants into the atmosphere and creating more of a mess that we will allegedly "clean up" later. Simply using cleaner energy will do nothing to correct the damage. We must reduce our emissions by cutting energy consumption. The first step comes from the U.S. government committing to an agreement at Copenhagen and then following through on its promises. The time has come for the U.S. to take responsibility for its actions as a major source of carbon emissions and make climate change a priority before it is too late.

As developed and developing countries tangle at Copenhagen and a climate bill languishes in Congress, the chances of a meaningful worldwide carbon reductions agreement on carbon reductions are depleting as rapidly as the ozone layer. 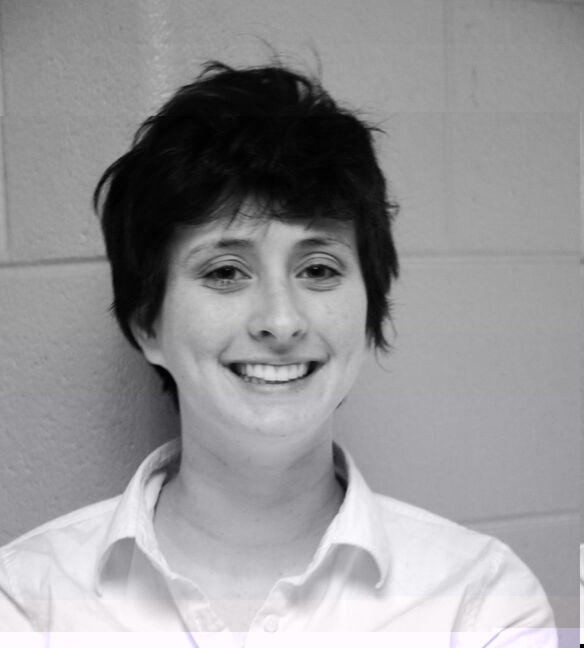 Photo:
Fortunately, despite the convictions of the mainstream green movement, reduction isn't the only solution. And as recent research suggests, it isn't even the most viable or effective. Investing seriously in alternative energy is a more realistic and more globally beneficial option. Let's be true Americans and think about the cost-benefit analysis.

Currently, the movement among politicians (and the environmental activists who lobby them) is to cut down emissions by 2050 so as to keep temperature increases under 3.6 degrees (two degrees Celsius). But lofty talk comes with an even higher price tag: The Copenhagen Consensus Center estimates restrictions to prevent $1.1 trillion worth of climate damage will cost the world $40 trillion in lost growth by 2100.

Most likely the funds for worldwide reductions will never materialize. The U.S. has a long history of accomplishing almost nothing at global climate summits: from Rio de Janeiro in 1992, to Kyoto in 1997, to the preceding administration's refusal to sign the Protocol this decade . And if the most recent political forecasts are any indication, it looks increasingly like Copenhagen will amount to nothing more than an international gab[UM3] session over Danishes and glögg .

And why shouldn't it? Any financially concerned country (all of them) is justified in becoming commitment-phobes when it comes to climate change. Japan, for instance, would have to build one million new wind turbines, install solar panels on three million homes, and increase sales of "green" vehicles from four percent to 50 percent , all to cut greenhouse levels by just eight percent, according to estimates by the Copenhagen Consensus Center. And in the unlikely event that developed countries like Japan or America completely overhaul their energy system, they will find themselves with an added economic burden: shouldering the costs for developing countries such as India and China, where coal burning provides 80 percent of the countries' electricity.

It would be unwelcome philanthropy. To the average American, carbon cuts mean giving up SUVs and air-conditioning. To the average Indian or Chinese worker, carbon cuts are regarded as an agent of poverty, malnutrition and disease. In recent decades, greater availability of coal-fueled electricity has brought a livelihood and contemporary civilization, complete with running water and heat, to regions of the world struggling with development. To demand emissions reductions of such a magnitude would be to erase decades of progress for these countries just as they have become contenders in the global market.

Enter the Lomborg solution. Bjorn Lomborg, leading environmentalist and director of the Copenhagen Consensus Center has proposed in numerous public forums that the Copenhagen agreement call for every country to invest one-twentieth of its gross domestic product on research and development for low-carbon alternatives. By investing seriously, we could hope to make green energy competitive by mid-century and eventually replace fossil fuels. Developed countries could expect curbed carbon emissions without marginalizing their fledgling counterparts, while gaining a new, job creating industry. It comes with a palatable price tag, too. Lomborg reports that increasing green energy spending 15-fold would still only cost one-sixth of the estimated economic impact of proposed carbon restrictions

If the U.S. excels at anything, it is innovation and spending. Promoting a solution that plays to our strengths and promises economic growth rather than relying on our goodwill and fear of imminent glacier melting seems , in the current climate, the only way to ensure serious results at Copenhagen.