Has Jerry Weast been successful during his 12 years as MCPS superintendent?

Ever since before most of us can remember, Jerry Weast has held the position of MCPS Superintendent. He started making changes when the majority of us were not yet in kindergarten and now he's handing the reins over to Dr. Joshua P. Starr, who will be leaving his position as chief of schools in Stamford, Connecticut. Since 1999, Weast has been making a conscious effort to raise academic standards and narrow the achievement gap for the 140,000 students in Montgomery County.

Before the term ‘achievement gap' made it's way into our educators' vocabularies, Weast had specifically focused on the differences in expectations for minority and majority students. He worked with Advanced Placement (AP) testing —encouraging more African American and Hispanic students to participate in AP exams. Over the past decade, Montgomery County has seen a record minority participation in AP exams, and students are performing well on them too. MCPS released statistics indicating that over the past decade, the number of African American students who received a passing score on at least one AP test rose from 199 to 1,152. And for Hispanic students, the numbers increased from 218 to 1,336.

Early in his career as Superintendent, Weast divided Montgomery County into red and green zones — the red zones specifically designating low-income and high-minority-population schools which he could focus on granting them more resources. Weast was less concerned with the western, (‘green'), zones of the county, which were (and still are) home to the more prestigious, high-performing schools.

The school district granted Weast an additional $60 million annual budget increase to spend toward rehabilitating red-zone elementary schools. Red-zone school spending was increased to $15,000 per student, compared to $13,000 in green zones. With this extra funding, Weast was also able to reduce class sizes in red-zone schools to 15-17 students, as compared to the 23-25 students in green zone classrooms. By reducing the student-teacher ratio and increasing funding for at-risk schools, Weast effectively improved education standards in many of the county's floundering elementary schools.

When gauging Weast's level of success, one should look at one of his biggest accomplishments — the creation of all-day kindergarten programs. According to a report overseen by former Board of Education President Patricia O'Neill, more than 90 percent of kindergartners last year met or exceeded reading targets, which effectively narrowed the achievement gap by race, ethnicity and socioeconomic status. Weast has often been criticized for spending disproportionately on lower-performing elementary schools, but it's important to realize that in a segregated area like Montgomery County, it's too easy for educators and policy makers to sweep minority needs under the rug. Weast was a strong proponent of getting students the help they needed as early in their academic careers as possible. He was concerned with improving learning conditions from the very beginning of students' schooling, a concept that eventually earned him the Malcolm Baldrige National Quality Award.

Finally, Weast pioneered a dramatically important peer review system that affected MCPS administrators, teachers and support staff. Weast sought to hold educators accountable based on the evaluations of their coworkers, a revolutionary concept when it was first introduced. That has since enabled educators to better evaluate their staff members.

One of Weast's favorite phrases is, "We are a tall tree in a short forest.” The Kansas native did acknowledge that Montgomery County may not be as well off as it thinks itself to be and consequentially, there is plenty of work to do in the future. Regardless, Weast has worked tirelessly to put the school district on a productive path and he leaves it infinitely better off than where it started. 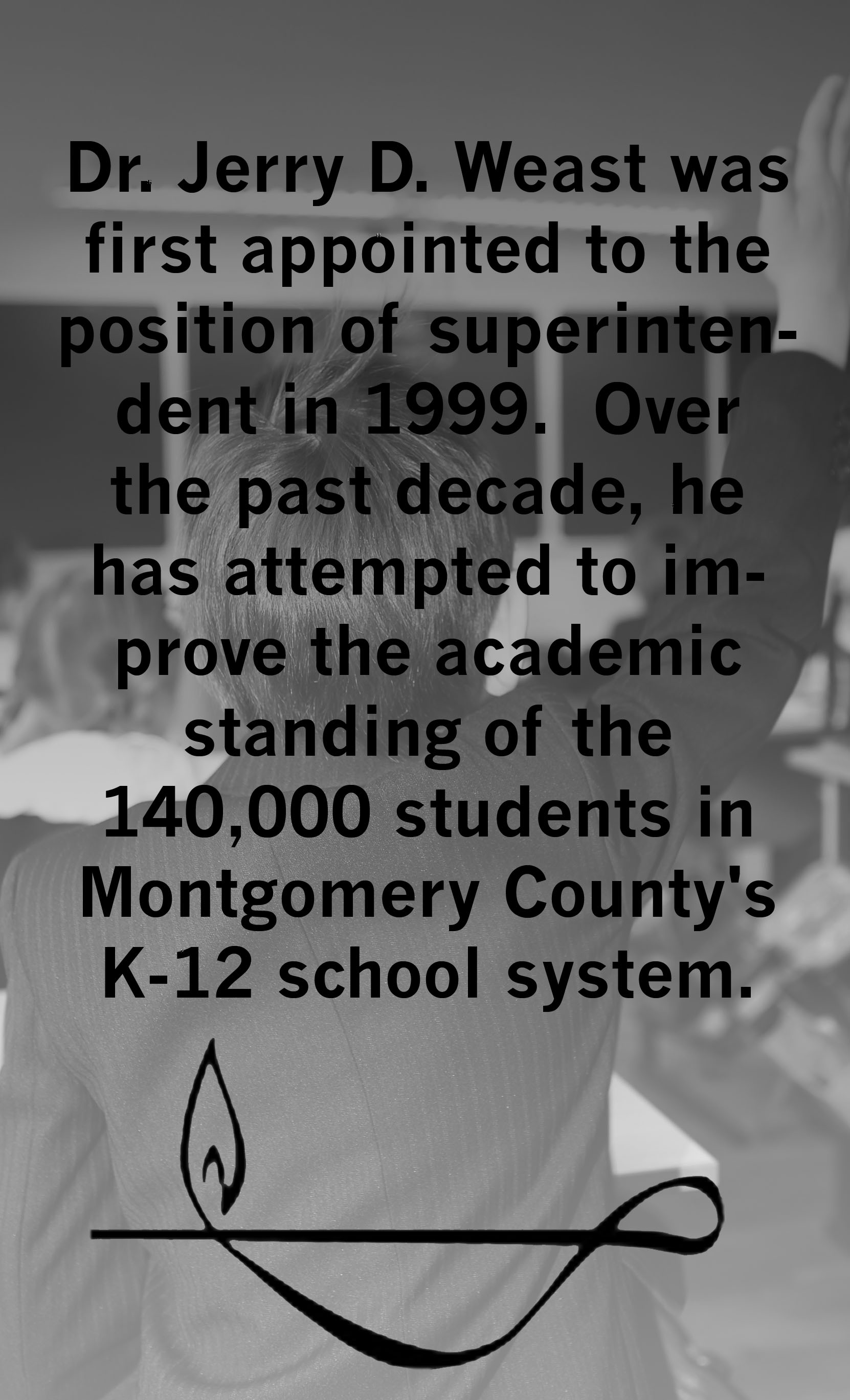 Claire Koenig says no: Weast's work with the achievement gap is a misrepresentation of data

In Weast's reign as MCPS superintendent his primary focus has been closing the achievement gap — the difference in academic performance between races and income-classes. As soon as he was appointed he geographically divided the county into red and green zones depending on socioeconomic factors within districts. These districts served as an initial base for reform, and as Weast progressed he began to see more resources spent on the schools with statistically lower income and higher minority ratings and less on those with generally well-off families.
Statistically speaking his work has been remarkably successful; steadily imposing careful regimens on schools with high minority and low-income population and raising the standard for black and Hispanic students. MCPS test scores have risen exponentially and every year officials see improvement in the way that the progress of minority students is catching up.

But the numbers don't capture the whole story because the progress of historically low-achieving students in Montgomery County has not come without a price. As those struggling to keep their test scores up are held afloat, others sink.

Throughout his campaign, Weast has pushed for "the highest standards” for all of his students. He hoped to move beyond a segregated past and into a new start for MCPS, insisting that MCPS has found a way to not only pass all students, but to challenge them.

But in heightening standards for one set of students, Weast has also decreased standards for those already performing well, thereby holding their scores stagnant in order to close the gap, skewing the data and misrepresenting real progress.

Although the scores themselves are an issue, the methods by which MCPS attains the scores are similarly problematic. Standardized tests are time-consuming and unreliable, and during his time as superintendent Weast introduced a whole arsenal of them into MCPS to acquire statistical data on which to base curriculum changes.

But according to The National Center for Fair and Open Testing (FairTest), "No test is good enough to serve as the sole or primary basis for important educational decisions.” Weast continues to implement more tests and rely on them to track student progress and make huge demographic judgments that effect decisions regarding the entire county.
By using standardized tests to measure success instead of teacher evaluations or student progress reports, Weast has jeopardized the quality of the data acquired.

In looking ahead to the future, however, we have reason to be optimistic. Starr's track record with schools and achievement gaps has been positive — many parents in Starr's old district felt that he successfully bridged the achievement gap, and the demographic levels there are not dissimilar to those in MCPS.

Starr also agrees that test scores are not the best way to measure success in our schools, that we cannot rely on them solely for information the way the current administration has been. "Test scores are not equivalent to a profit-and-loss statement,” he told the Huffington Post.
Starr has proved himself a reliable and successful superintendent in counties similar to MCPS, if not quite on the same larger-sized scale. His opinions regarding measuring success in terms of the achievement gap are more realistic in that they include less reliance on standardized testing and more evidence based on teachers in classrooms.