A night in the life of Blair's resident house party bouncer

Loud rap music blasts throughout the house, the floor vibrating on account of the bass. A soft haze has settled around packed rooms that were nearly vacant only an hour ago. Bottles of alcohol adorn the messy counters and tables around which laughing teenagers converse. This is a typical night for many students who choose to party on the weekend, with the exception of a single individual standing by the door attentively. Dressed in all black, Bruce's imposing figure stands out. Bruce is a bouncer. He's been tasked with keeping the party safe by preventing unwanted guests from getting inside, and taking care of whatever potentially harmful situations that may arise.

"I've been doing this for about a year and a half," says Bruce. Although he carries himself like a professional, he admits that he's "only been paid a couple times" for his services. Usually, it's done as a favor for close friends, like tonight.

Arriving at 7:30 p.m., Bruce's demeanor is cheerful. Joking around with friends, the air of authority that he'll have to adopt later has not presented itself yet. Valuables have already been moved out of plain sight, but Bruce paces around the main floor, making sure nothing important is missed. "I always hope the night will be uneventful, because that means there weren't any problems," he muses, "but usually there are people need to be kicked out or calmed down." At the moment there are only about ten other people in the house, but more begin to meander in after about an hour. 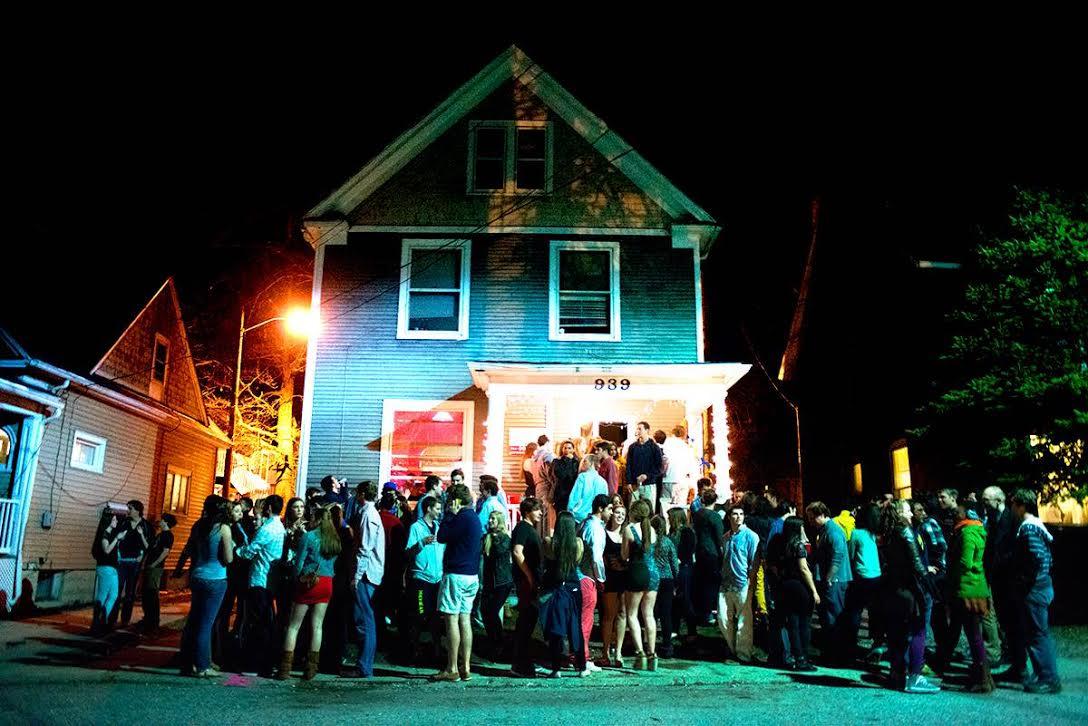 Photo: College students at Mount Saint Mary's College lining up for a party.

Photo: College students at Mount Saint Mary's College lining up for a party.


The host has set a specific cap for how many people are allowed in the house, so Bruce is already aware he must prevent people from entering. Some of them have been explicitly banned. Some are just unlucky. Calmly and confidently blocking the door, he tells them that they must leave. As defiant as one may be, it's difficult to argue with Bruce, who emphasizes that what he's doing is never personal. "I don't just kick people out, I try to make sure everyone is drinking water and sitting down when they need to," he explains about his duties throughout the night. "The worst thing is probably having to stand out in the cold for so long," Bruce adds with a slight frown as he stands outside, in the cold.

At around 10:00 p.m., just as the party is getting started, two situations occur. First, a drunk girl punches another partygoer in the face, igniting a quickly escalating altercation. Bruce is able to rush in amidst the rapid insults traded between the two individuals and break things up before anything worse can happen. After leading them off in different directions, he is only afforded a moment of respite before getting to work again.

When two squad cars approach the home, Bruce and the host announce that "the cops are here," and usher as many people possible downstairs. Unfortunately, this is much easier said than done. Panicked teenagers begin to pour out through the side door and windows, dispersing throughout the otherwise quiet neighborhood. The police remain parked out in front and unbeknownst to most guests, are unable to come inside. Bruce steps out and approaches them. 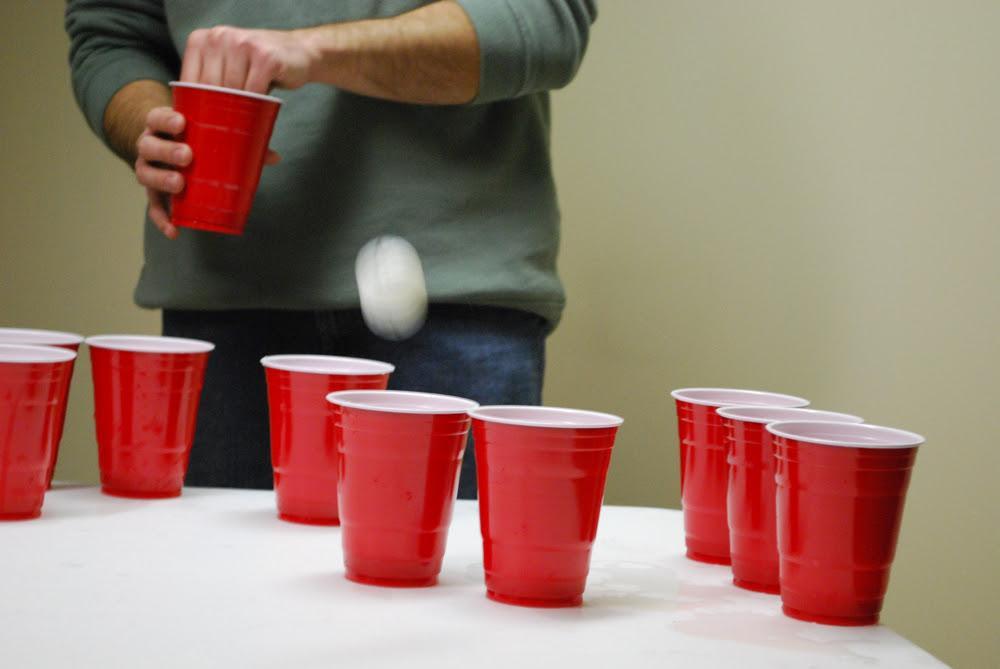 Photo: A student plays a game of pong at a party.

Photo: A student plays a game of pong at a party.


"Did you receive a noise complaint?" Bruce asks them in the same placid tone he's maintained throughout the night. While speaking to the officers he intersperses respectful language such as referring to them as "Sergeant" in a conscious effort to win approval.

It's soon revealed that one of the neighbors called and claimed to have seen kids bringing alcohol inside. Although the police do not have a warrant (meaning they can't enter), they request for all the alcohol to be dumped on the front lawn. After a brief conversation between Bruce and the host, they both agree that complying with the cops is the best course of action. Over the course of about half an hour they proceed to pour out everything they can find, marinating the grass in handles of vodka and thirty-packs of beer.

"When the police show up it's important to try and remain as polite and professional as possible," Bruce advises after the cops have left without any further incidents. "Don't talk back and just do what they say, but remember what your rights are so you can be as in control of the situation as possible," he says. Following this advice might have just saved the night for the party's host, who has managed to avoid a host of charges he may have otherwise been burdened with. After staying around for a while to make sure no other problems arise, Bruce finally gets ready to head home.

Future occurrences that involve the cops can be prevented. "Don't invite a lot of people!" Bruce emphasizes, "too many people finding out about a party will always lead to problems, so as long as you avoid that whatever else that happens they'll be easier to manage." This is especially true for those who aren't lucky enough to have a friend like Bruce. Stepping out into the brisk winter night, it almost seems as if he doesn't realize quite how much of a blessing he's been. But for the many fun-seeking teens who have ended their night without a citation, including the host, Bruce's help has made all the difference between an unlucky night and an awful one.