Kevin, a sophomore, surveys the empty third-floor hallway and ducks into a bathroom, his hand placed protectively over the paint pen concealed in his pocket. The tags scrawled throughout the bathroom - covering the stalls and sprinkled across the walls, floors, and even plumbing fixtures - are testament to his lengthy, productive graffiti campaign.

Heart racing, his paint pen hovers contemplatively above the tiles until inspiration strikes. "IDs are for dogs!" he scribbles above a urinal. Just below the fresh ink, he signs his alias, "Blaze," with a flourish. Five minutes later, he is slipping silently out of the bathroom. The beady red eye of a security camera tracks his retreating figure down the hallway. 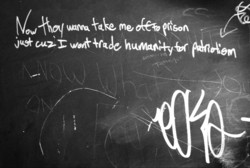 Photo: Four Blair graffitists were suspended earlier this year for tagging political protests on walls and stalls in school bathrooms.

Photo: Four Blair graffitists were suspended earlier this year for tagging political protests on walls and stalls in school bathrooms.

Kevin is one of four students suspended in the past month in connection with the series of profuse, sometimes political and occasionally profane "tags," or graffiti, that began appearing inside Blair in late September. According to Blair security team leader Edward Reddick, after building services workers reported a substantial increase in the instances of vandalism, security officials instituted a surveillance program, escalating the frequency of hall sweeps and bathroom checks and monitoring streaming video footage from cameras around the school. The investigation resulted in the apprehension and subsequent 10-day suspensions of the four students who were responsible for an extensive two-week campaign that resulted in over $7,200 worth of damage to bathrooms throughout the school, primarily in the 220 and 310 hallways.

Reddick and other Blair officials believe that the vandalism will diminish since the four perpetrators were apprehended. However, such incidents are hardly isolated; the recent suspensions are part of a growing countywide increase in the proliferation of in-school graffiti. According to Michael Allnutt, Director of Maintenance for MCPS, incidences of in-school vandalism have increased by approximately 61 percent this fiscal year. A recent study of arrest data from major cities across the nation, conducted by Graffiti Abatement Partners, Inc., indicates that 50 to 70 percent of graffiti is an attempt to incite political or social change. This trend is particularly evident at Blair, where students like Kevin are compelled to voice their frustration - and use blank walls, bathroom stalls and student lockers as their canvases.

Caught in the act

In an interview with Silver Chips, Kevin explained that he and several friends began tagging bathrooms at school around the beginning of October as a way to express their profound dissatisfaction with school policies. Every day, they would retreat to the silent seclusion of the second and third floor bathrooms during 5A lunch to scrawl complaints and criticisms on stalls and tiles. Hooked on the illicit thrill of vandalism, the graffitists grew bolder. As the days passed and the damage mounted, the prospect of disciplinary consequences seemed increasingly faint.

Kevin's short-lived spree came to an unceremonious end following the implementation of the surveillance program: He was caught red-handed by security, discovered in the act of tagging a wall. He was suspended for a total of 17 days - seven days longer than the prescribed punishment- ordered to pay $1,700 for the damage to the bathrooms, and recommended for expulsion, although a disciplinary committee eventually ruled that he could return to school. The other three offenders received similar punishments. 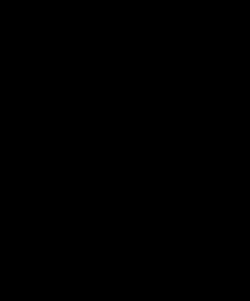 Photo: A message on the ceiling of a second-floor boys' bathroom.

Photo: A message on the ceiling of a second-floor boys' bathroom.

Patricia Hurley, the administrator who handled the offenders' suspensions, was shocked by the extent of the vandalism. "There was graffiti outside and inside, on the backs of the stall doors, on the walls, even on the ceilings and urinals," she says. "The accumulation of the graffiti was probably more in total than we've had ever since we moved into this building."

The taggers had used paint pens and permanent markers, says Hurley, meaning that the walls had to be either scrubbed clean with turpentine or repainted completely. In the investigative process preceding the suspensions, building services workers reported that they were spending upwards of two hours in each of six bathrooms every night removing the graffiti.

The building services workers' frustration was compounded by the seeming futility of their hard work; they would the return the next day to find that the tags had been replaced. After nearly two weeks of continuous and repetitive cleaning, they brought their concerns to the administrators. Appalled by the prevalence and persistence of the destruction, Hurley implemented the expanded security measures used to catch the culprits.

A school but not a community

According to Robbin Rittner-Heir, a leading education expert and author of "Off the Wall: Solutions to Vandalism in Public Schools," the steep costs of vandalism are a common predicament for many school districts. The most devastating cost of this type of destruction, she says, is that the thousands of dollars in maintenance expenses diminish an already limited educational budget - funds that would otherwise be used inside the classroom. "When students vandalize, they are draining dollars that could be used elsewhere," she says.

Rittner-Heir says that graffiti is most often attributable to presiding disillusionment among students because of their constant subjection to the control of the school administration. "Students don't feel that they have much of a stake in the school, so they feel dispossessed - and they respond with graffiti," she says.

Another of the students suspended, David, a sophomore, says that his tags were a reaction to his sense of powerlessness. To him, the school belongs as much to the students as it does to the administrators or the government, and he is frustrated by the relatively limited role students play within their own learning environment. "It's our community too, and we should have just as much say as to what goes on the walls as Pepsi and Gatorade do," he says. "They try to act like we have a say in our school, but…it's a joke to think we're a community. A community requires equality - equal input, equal say."

David cites the school dress code, mandatory standardized testing and past cancellations of pep rallies as some of the school system's particularly "repressive" policies, but both he and Kevin emphasize that, rather than protesting specific regulations, their graffiti was meant to be interpreted as broader dissent. "I was writing things that would challenge the mindset, challenge the way people think," David explains.

Hurley does concede that in some cases, graffiti is a legitimate form of self-expression, but she does not believe that any blank surface in school is fair game for free speech. "It doesn't seem right that a handful of kids get to decide what everybody has to read when they go to the bathroom," she says. "While everybody's freedoms are important, individual rights don't supersede community rights." If the administration was to allow complete freedom of expression, she says, tagging would be rampant - and the results would be disastrous.

But both David and Kevin agree that since their intentions were expressive, not destructive, their respective punishments were unnecessarily harsh. "I was out for 17 days for writing on a wall,says Kevin. "I think we were being made examples of."

David believes that the severe punishment administered was a calculated scare tactic, an attempt to prevent any future recurrence of vandalism. "Essentially, [school officials] are trying to prevent others from expressing themselves. They're using fear, and that's exactly what we were fighting against," he says. He says he considers himself and his fellow graffitists as martyrs for their cause - champions of free speech for embittered students everywhere.

The spirit of protest

Although David says he will never tag in school again because of the threat of expulsion for a second offense, he maintains that his beliefs remain unchanged. "If anyone would do graffiti in school I would be in complete support of them," he says. Kevin is even less fazed by the repercussions; he says he might just "change his tag", or sign his graffiti under a different alias in the future.

Hurley says she will pursue expulsion and criminal charges for any repeat offenders but maintains that she is open to any administrative policies that would provide Blair students with a way to speak out without Sharpies - as long as student expression remains appropriate for a learning environment. "The administration welcomes suggestions, but we'll stop short of creating a graffiti wall for students to write on," she says, laughing.

Even though he no longer tags, David hopes that his short-lived self-expression made some kind of an impact. His ultimate mission, he says, was to challenge the mindset of his peers, and despite the personal costs, he believes his sacrifice will prove to be worthwhile. "You can't get rid of something that isn't physical," says David. "That's one of the things I wrote down: 'Keep erasing, the spirit will always live'."

Allie O'Hora. Allie O'Hora is a CAP senior. If you make fun of her last name, she will kill you and make it look like an accident. More »