Lowered college tuition for economically disadvantaged students should be the norm

The socio-economic diversity of an Ivy League campus is nominal. Bloated tuition and living costs have limited the selection pool, and applicants without a comfortable family income are repeatedly shut out from the education they deserve. In 2007, Harvard University introduced a financial aid plan in order to lower tuition costs for students belonging to families with incomes of less than $80,000 per year. Although the program's effectiveness relies on alumni donations and immense scholarship funds, Harvard should be commended for its inclusion of applicants from every economic background into the Ivy League fold. 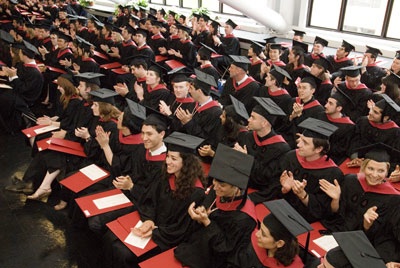 According to this year's admission statistics, Harvard accepted 2,158 out of 34,950 applicants to the class of 2015, a record low of 6.17 percent. The average acceptance rate for Ivy League schools is set at an incredible 9.83 percent, and the hypercompetitive bid for the nation's top students has shifted the definition of admission success. The caliber of a school is no longer measured by how many applicants are accepted, but by how many are turned away.

In this breeding ground of intercollegiate rivalry and exorbitant expectations, students in tight financial situations have a slim chance of entering the Ivy ring, let alone achieving a coveted scholarship from such schools. The inequity between these students and students who live well above the poverty line is enormous; educational opportunities are fewer and the pressure to join the work force after graduation is greater for students from lower-income families. Colleges cannot rectify this social imbalance altogether, but they can assist those lacking the appropriate economic means to reach their potential in higher education.

Since the enactment of Harvard's aid plan, 60 percent of undergraduates have received some degree of financial assistance. Harvard has recently expanded its aid program to eliminate tuition for families with a yearly income below $60,000, joining the ranks of other top-tier schools that have enacted need-based programs. Brown, Yale, Dartmouth, Stanford and the University of Pennsylvania also offer partial or whole coverage of tuition costs for financially disadvantaged students, though the income cut-off line varies from school to school. These programs have popped the education bubble and diversified student populations on Ivy campuses to a certain extent. But the focus of monetary aid should be progression, not consistency.

In March, the Chronicle of Higher Education released a study about the increase in Pell Grants at the wealthiest institutions in America. Harvard, on the short end of the spectrum, had only 6.5 percent of students receiving Pells, federal financial packages given to undergraduates of low-income families. Over the four-year span of the study, this percentage increased by a measly 0.6 points, which stands at odds with its purported number.

These statistics indicate that Ivy League schools need to do more to emphasize their financial accessibility, and should make a point to include students of lower economic standing in college preparation programs. All colleges should maintain flexible tuition rates for students whose family income fall slightly above the $60,000 cutoff line but still require a cost plan tailored to their needs.

Diversity enriches social interactions, and exposure to multiple perspectives can promote understanding of a global society. Colleges should acknowledge that, especially in the face of rising socio-economic disparity, the active pursuit of a student body that represents varied financial backgrounds is a crucial element in producing the next generation of independent, unbiased thinkers.