Parents and staff discuss underage drinking and illegal drug use 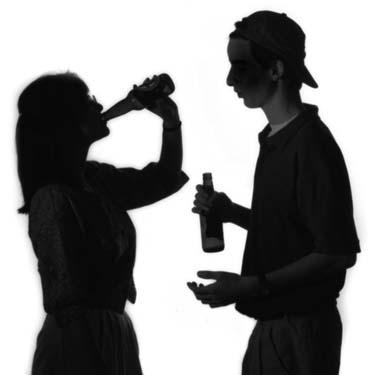 Boatman emphasized early on that theft and illegal drug use certainly occurs at Blair. "Whatever happens in society happens in here," he said. Tupa agreed that theft and illegal drug use and transactions are problems in Montgomery County, but that they are less of a problem here than in nearby areas. "We do not have to deal with the things [Prince George's County] has to deal with, or D.C. has to deal with. But we do have our own problems," Tupa said.

In addition to asking about the prevalence of these behaviors, parents were concerned about how to tell if their children were involved. The speakers advocated that parents speak directly with their children if they are concerned. "Stay involved," Tupa said. "Ask questions."

Boatman agreed but also took the advice a step further. "Don't be afraid to check your child's backpack," Boatman said. Bitonti said she often finds out about alcohol and drug-related issues when teachers send students who are feeling sick or tired to her. She mentioned a case in which a student was sent to the health room complaining of a headache. "I had one kid come in with a hangover," she said. The nurse said she is kept in-the-loop with the security team on all such issues.

However, both she and Boatman stressed that they only know about what they see in school, and rely on parents to give them information about their kids. "If you don't tell us," Boatman said, "then we can't deal with it." The staff also expressed their desire for students to contact them if they are worried about one of their peers. Students can do so anonymously either in person or by calling or texting the Blazer Hotline.

Parents were also informed of the dangers of different illegal drugs, including roofies, OxyContin and marijuana. Both Boatman and Bitonti stressed that marijuana is dangerous both in and of itself and as a gateway drug. Bitonti also said that there are serious risks involved when students buy marijuana at school because oftentimes they do not know exactly what they are buying. "Marijuana can be laced with other drugs," she said.

In order to combat underage drug use and alcohol consumption, Tupa advised parents to be more proactive in talking with their children. "You can be a friend," Tupa said, "but be a parent first." Boatman suggested that parents give examples of how drugs or alcohol had or could have affected their own lives, or the lives of their friends, when warning their kids of their effects. "We've got to be human about this," he said.