In late September, state and local governments pushed forward the progress of the planned Metro Purple Line and its stations. The changes included a $48 million increase in funding, a design proposal for the second Bethesda Metro entrance, and a solicitation for a developer to build a neighborhood at the New Carrollton Metro station.

The Purple Line will be a 16-mile light rail line between the pre-existing Bethesda Metro and New Carrollton stations in Montgomery County and Prince Georges' County, respectively. 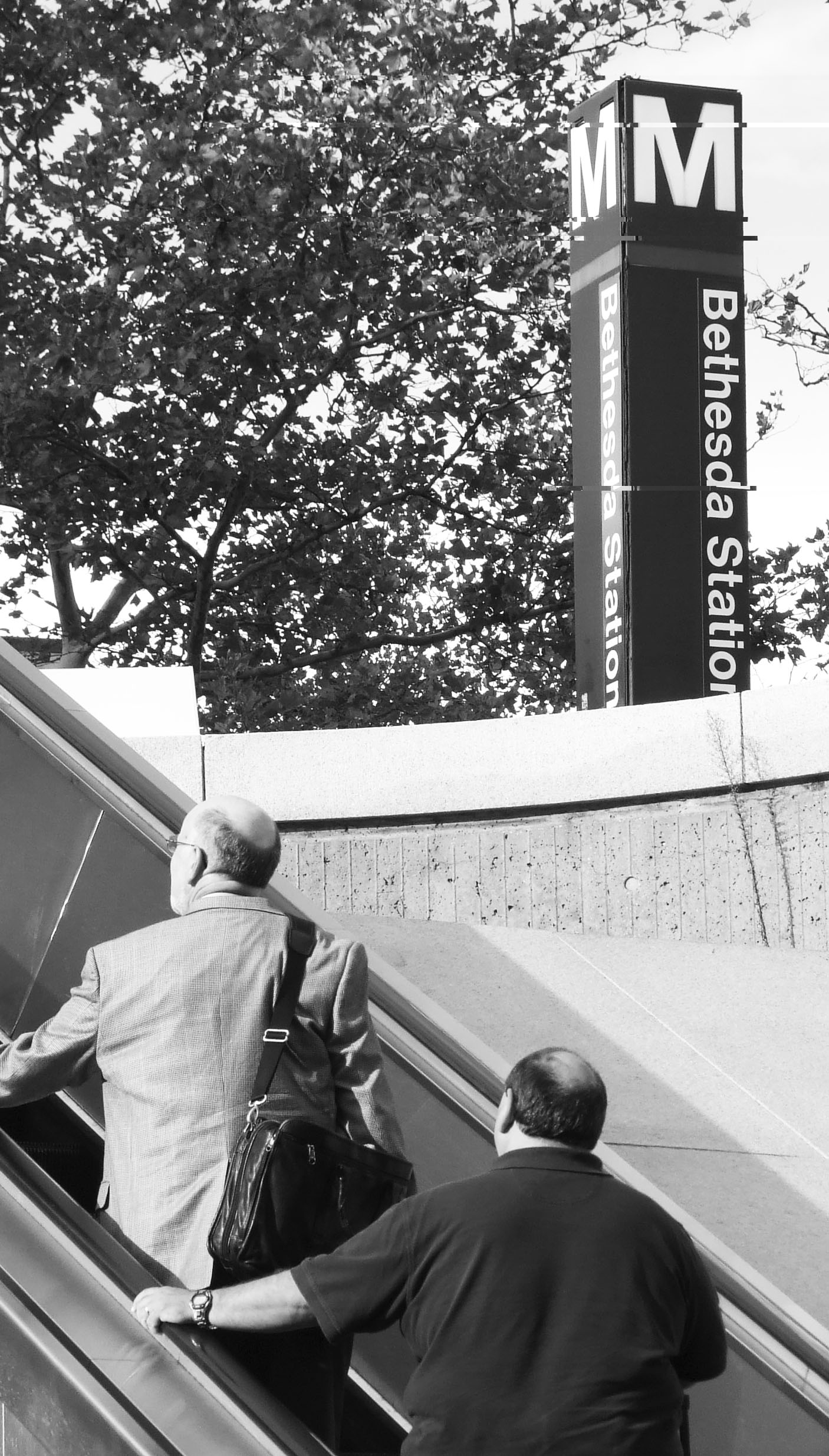 Light rail is more flexible and less expensive to build, according to Tom Autrey, a Purple Line transportation planner at the Maryland-National Capital Park and Planning Commission (M-NCPPC). Maryland Transit Administration (MTA) is leading the project and is working alongside local governments and public agencies to plan and help secure funds.

In September, Maryland's Department of Transportation (MDOT) released a report that allotted $48 million for Purple Line funding. The report, by the Consolidated Transportation Program (CTP) for 2011-2016, is an annually-released draft that outlines the state's transportation goals and policies for the next six years. "The [funds] will go toward preliminary engineering," said Autrey. The $48 million comes from $90 million that the CTP dedicated to two Metro projects - the Purple Line, and a 14-mile addition to the Red Line. These Metro projects were the only projects to receive increased funds from the state. "Outside of the [federal stimulus]-funded projects, only the Red and Purple transit lines had funds increased in this year's CTP," according to a CTP summary released by MDOT.

The estimated cost of the entire project is about $1.6 billion, said Autrey. To acquire these funds, the MTA is preparing to submit a New Starts application to the Federal Transit Administration, which would enable the state and local governments to request federal funds to support major transit projects like the Purple Line. According to Michael Madden, the MTA's Purple Line project manager, "[Maryland is] hoping to receive 50 percent of the cost, or about $800 million from New Starts,"

In addition to the construction of the actual Purple Line, the MTA and local governments are in the process of initiating several other Purple Line-related projects. Of the 21 stops planned for the Purple Line, only four currently exist. In addition, Metro needs to start construction to make Purple Line stations more accessible to commuters. According to Madden, the MTA is working with MDOT, the Washington Metropolitan Area Transit Authority (WMATA), and the counties to synchronize these projects with the Purple Line schedule.

Preliminary designs for one such project, the new entrance to the Bethesda Metro Station, were announced by WMATA officials on Sept. 23. The designs included six elevators - two going to the Purple level and four going to the lower Red level. Bethesda Metro station, at the corner of Elm Street and Wisconsin Avenue in downtown Bethesda, is currently a stop on the Red Line and is also the future terminus for the Purple Line. The designs were presented at a meeting of the Transportation, Infrastructure, Energy and Environment Committee of the Montgomery County Council. According to a county budget report for the project, officials predict the project to cost $60,000. 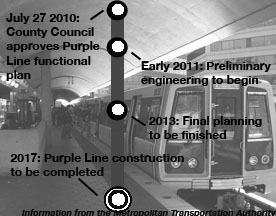 Photo:
In Prince George's County, Metro and Maryland planning officials began searching for a developer for a mixed-use complex surrounding New Carrollton Metro station. The planners sent out a solicitation on Sept. 21, 2010 for a developer to build a Transit Oriented Development (TOD) on 39 acres of land owned by both Metro and the state. New Carrollton is the current terminus for the Orange Line and, like Bethesda, of the future terminus for the Purple Line.

According to the solicitation, the planners want to build "walkable, mixed use communities which integrate transit facilities and reduce auto dependency." The solicitation encourages developers to participate in economic incentive programs that would grant companies first consideration by federal agencies, as well as decreasing income and property tax credits.

Submissions to the solicitations are due Nov. 5, and a selection committee consisting of four Metro representatives and four state representatives will review the applications.