Five flowers to look out for this winter

The season that comes to mind when thinking of flowers is often spring, and winter flowers don’t get nearly as much attention as they deserve. There are many flowers native to Maryland that bloom in the winter, and they are just as beautiful as the spring favorites, if not more. 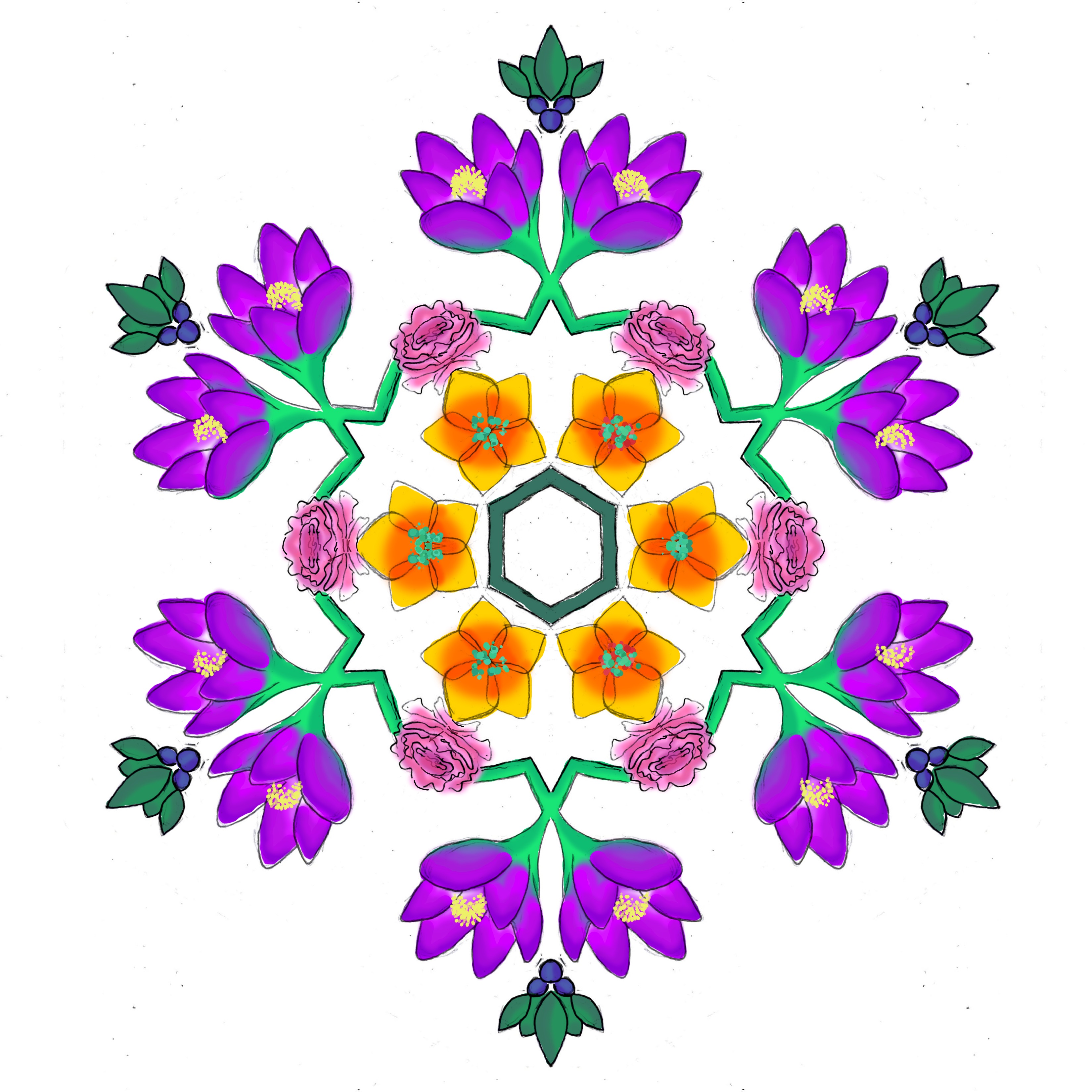 Photo: Flowers that bloom in late winter can be just as colorful as spring flowers!

Photo: Flowers that bloom in late winter can be just as colorful as spring flowers! Photo courtesy of Angela Tu.

Hamamelis virginiana, the strain of witch-hazel native to Maryland, is commonly found near streams and wooded areas. You may recognize the name as an ingredient in many popular skincare products as well as a home remedy for sore throats. These flowering trees bloom through September and January. Be on the lookout for these small, yellow flowers scattered amongst golden leaves on your hikes.

Ilex glabra, commonly known as inkberry or evergreen winterberry, is a species of holly native to the East Coast. The plant can reach heights of 5-8 feet as it matures, and its red berries, though poisonous to humans and dogs, are a great feast for local birds. Not just found in the wild, these plants are popular in landscaping as they are easy to maintain as well.

Carnations are native to the Mediterranean, but their popularity has spread across the globe. According to Roman mythology, after being rejected by a mortal, the Roman goddess Diana plucked out her eyes and threw them into the soil, carnations growing in their place. Throughout different cultures, carnations have gained meaning beyond this story. In the United States, they are popular flowers to give on Mother’s Day. Anna Jarvis chose a white carnation as an emblem of the holiday in 1907, as they were her mother’s favorite flower, and it quickly caught on due to the flower’s association with purity and love. They are also gifted to parents and worn as a corsage on Parents Day in South Korea. These popular flowers are a staple in local gardens and landscaping.

Helleborus orientalis, or lenten rose, is another unique winter plant. Its name comes from the Christian season of Lent, which begins around late winter or early spring. Despite the name, the plant is not a rose, just similar in its appearance. Lenten rose is the easiest form of hellebore for gardeners to grow, as it can tolerate heavy shade and dry soil. Native to Turkey and Greece, their bloom time is very long and can last up to nearly 8 weeks.

When crocuses finally bloom, it's a sure sign that spring is nearing. Crocuses are a member of the same family as irises and crocus vernus, or spring crocus. They typically bloom around February or March, and while most think of the flowers as purple, they can also be white or orange. Regardless, these pretty flowers still provide a pop of color to lawns throughout the area as winter comes to a close.

Each flower is unique in its beauty, but many of those that bloom in the winter are overshadowed by the more popular spring flowers. As many of these flowers begin to bloom this month, keep an eye out for them on your neighborhood walks or hikes in the woods and give them the appreciation they deserve.