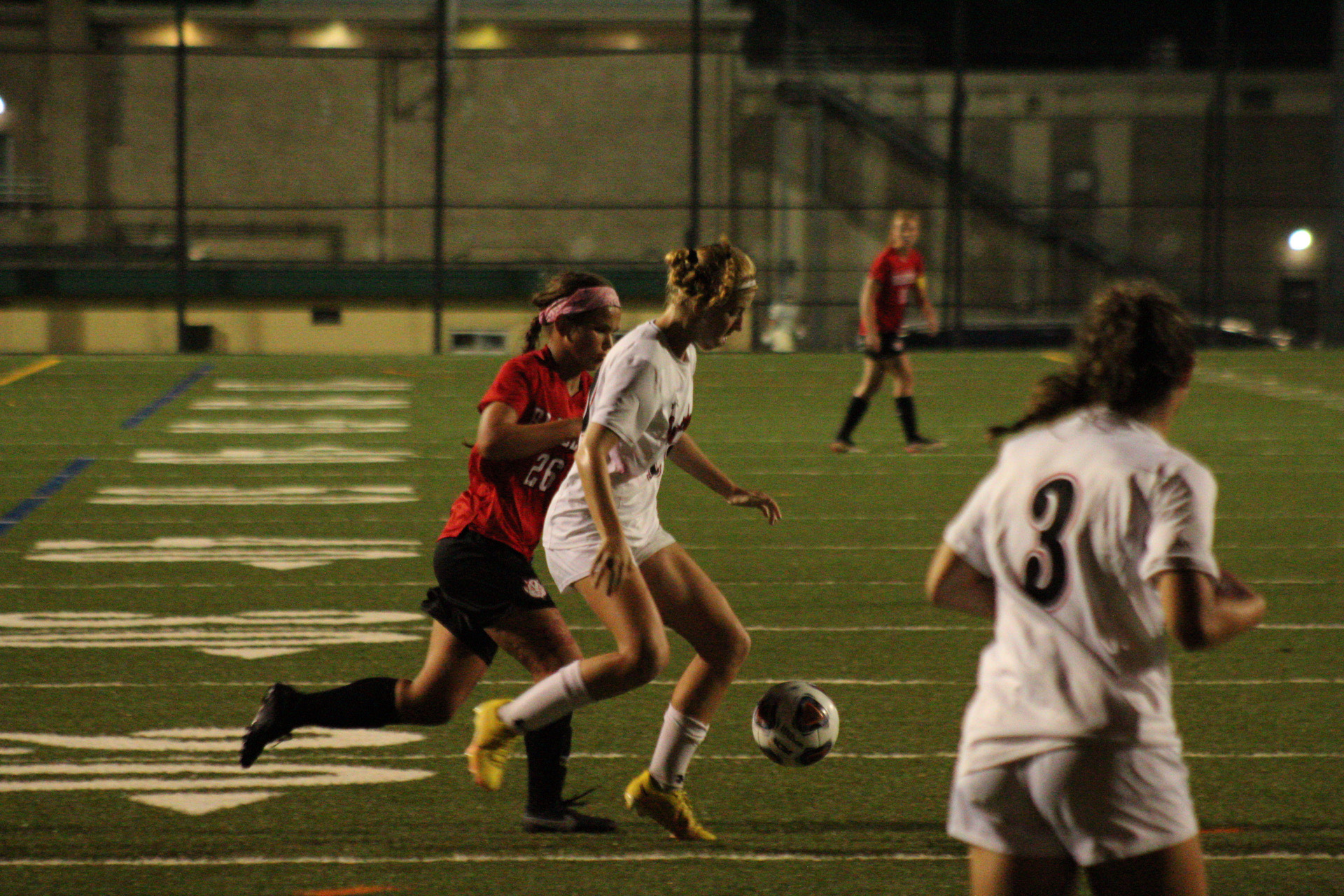 The first half started out slow, as Quince Orchard's offense and Blair’s defense clashed. While the Cougars dominated the field offensively, Blair’s defense held strong, preventing the Cougars from scoring any goals throughout the majority of the half. The few balls that did make it through were either whiffed shots or were caught by Blair goalie Alegria Martins.

The Blazers' downfall came from their lack of an offensive strategy. Their defense did a good job of getting the ball away from Blair’s goal, but once forwards and midfielders gained possession, they often attempted passes that led to interceptions and turnovers.

This flow continued for most of the first half, as the ball ping-ponged between the Blazer’s goal and midfield. The few times that the Blazers did mount an offensive, it was quickly shut down by Quince Orchard’s defense.

As the end of the first half approached, neither team had scored. In the last three minutes of the game, the Cougars suddenly attacked, pushing past the Blazer defenses. Quince Orchard’s Erin Hodge shot past Martins into the goal, breaking the deadlock and giving the Cougars a 1-0 lead 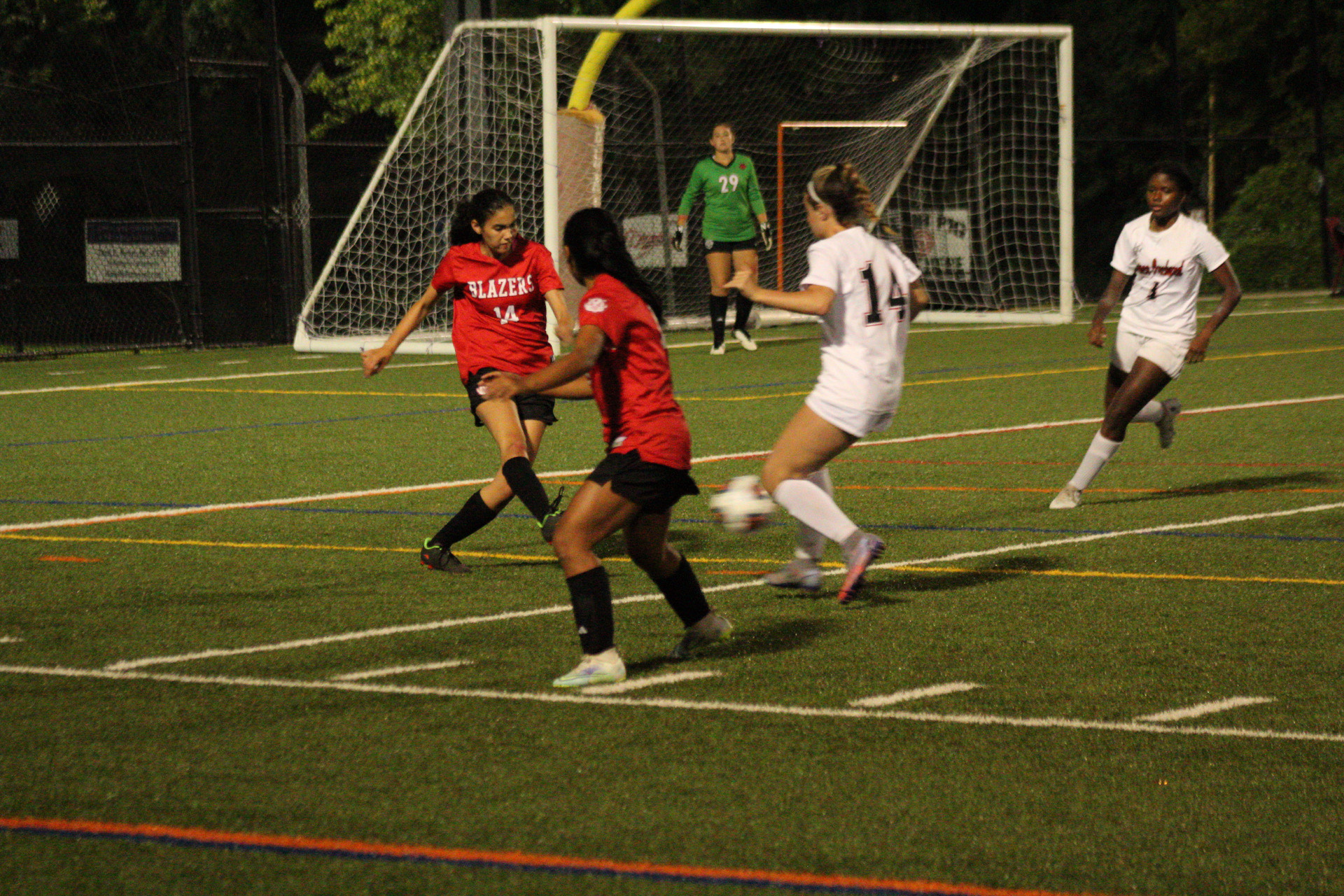 Quince Orchard held the lead for a mere two minutes as the Blazers mounted a counteroffensive, with junior Sally Peyrebrune scoring a goal for the Blazers a minute later to bring the scores to 1-1.

Already dominating the field, Quince Orchard continued to step up their game. The Cougars started the second half with one shot after another, all expertly deflected by goalie Alegria Martins.

Despite Blair’s strong defense, they still could not keep the Cougars off their side of the field. The Blazer's did not attempt shots nearly as much as their opponent and lost many offensive opportunities due to misplaced passes and turnovers.

The Blair offense continued to struggle. Junior Beatriz Da Silva, a key part of Blair’s offense, pointed out some areas for improvement. “Before the next game we’re gonna work on our attacking, and how we are able to connect to our forwards,” she said.

Most plays on Blazer territory lead to close misses by the Cougars. Martin's outstanding protection of the goal provided the Blair defense with a safety net.

After an eventful second half, the teams were tied, 1-1, and the game went into overtime.

Overtime immediately kicked off with a penalty kick in favor of Quince Orchard. Parents in the stands shouted to, “end this now,” as the Blazers and Cougars respectively assembled themselves in preparation for the kick. Quince Orchard's Annie Faraone took the penalty and scored. The game ended, 2-1. 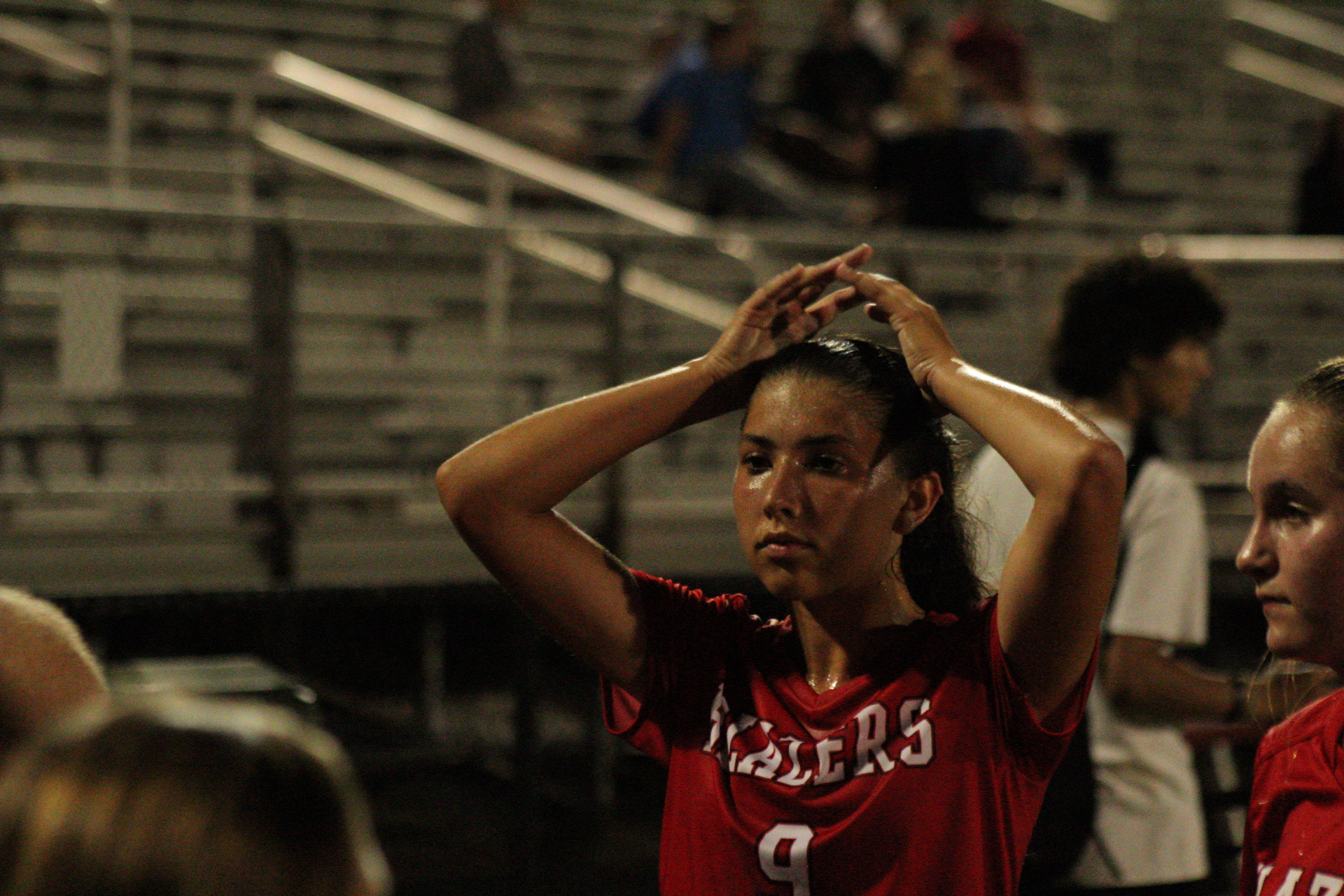 Despite the loss, Blair head coach Robert Gibb reported that he was happy with the way the Blazers were coming together as a team against the school that beat them 7-0 last year. “We had a good start… against perennially one of the best teams in the county, who crushed us last year,” he said. “A little unlucky obviously in the overtime, but that’s the way it goes,” Gibb said.

Senior defender Zaida Willis noted improvement since their devastating loss against Quince Orchard in the previous season. “I think we have a lot of work to do, but so far we’re coming out strong. We had a hard loss to Q-O last year, so even though we didn’t win this game, it still felt like a win in our books compared to last year.”

Blair’s next home game is on Thursday Sept. 15 against Blake.