Watkins Mill junior Quratul-Ann Malik won the position for the 2008-2009 Student Member of the Board of Education (SMOB) against Blake junior Alexander Blocker, according to MCPS Director of Student Affairs Karen Crawford. Malik will begin her term on July 1, replacing current SMOB and Walter Johnson senior Ben Moskowitz. 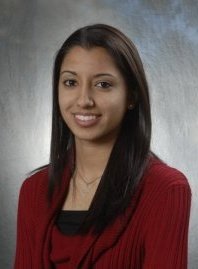 Photo: Malik is the 2008-2009 Student Member of the Board of Education (SMOB). Photo courtesy of Malik.

Photo: Malik is the 2008-2009 Student Member of the Board of Education (SMOB). Photo courtesy of Malik.

Malik is looking forward to her term on the board. "I'm ready to take on the position," she said. "I'm excited to put the policies I stated in my platform about financial reform into place and work with the Board on [these issues]." Malik will begin her term as SMOB on July 1.

Voting for Blazers was administered by the SGA and took place in the gym during English classes. SGA president Molly Martinez was pleased with the election process and commented on yesterday's visit from both candidates during school hours. "The SMOB elections went smoothly at Blair," she said. "Everyone did their part and we were lucky to have both candidates come and campaign."

Crawford noted that although tallying the votes took longer than last year, all schools reported their results before the election she certified the election today at 6:30 p.m.

Editor's Note: More information about the elections, including the voting breakdown at Blair, will be posted soon.