Ravilious steps down as SGA sponsor

Ravilious will stay at Blair; successor not yet decided

Social studies teacher Rondai Ravilious is stepping down from her position as the Student Government Association (SGA) sponsor, she announced this month. The incoming sponsor for the 2008-2009 school year has yet to be decided. Ravilious, who will continue in her seventh year at Blair in the fall, explained her rationale as a desire to focus more on classroom instruction. 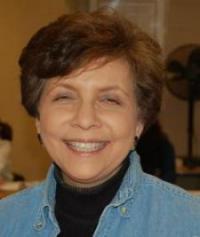 Ravilious has been involved with SGA organizations off and on since her own high school experience, continuing throughout her 26-year teaching career. She decided to end her tenure as Blair's SGA sponsor in order to pursue other areas of interest within the Blair community such as the achievement gap. "I'm hoping to make more time for students, focusing on the students who are transitioning into AP or honors classes," said Ravilious.

Principal Darryl Williams and Assistant Principal Linda Wanner will collectively choose Ravilious's successor. The decision will be made in upcoming months, according to Ravilious.

Despite her departure as sponsor, Ravilious expressed no intent to completely abandon the organization. "SGA is a wonderful and exciting group full of leaders who care passionately and want to see things get better. It is a group that is so critical to the school," Ravilious said. Ravilious had confidence in the fate of the SGA without her guidance, claiming that outgoing student leaders will provide substantial assistance to the newly-elected SGA officers.

Ravilious said that her involvement with the SGA has been "a happy part of my teaching career" that allowed her to get to know students on a level outside of the classroom. "The experience has been extremely rewarding, and I am leaving with good feelings. It was just time to go," Ravilious said.