In Rivera we trust

For the first time in too long, Washington had a competent coach and general manager making the draft picks without interference from owner Daniel Snyder. Washington addressed needs at linebacker, offensive line and wide receiver, but failed to find a potential quarterback of the future. I trust what head coach Ron Rivera, as well as general managers Martin Mayhew and Marty Hurney decided to do in this draft, and can’t wait to see how these players perform. Here is my analysis on each of the Washington Football Team's (WFT) selections for the 2021 NFL Draft. 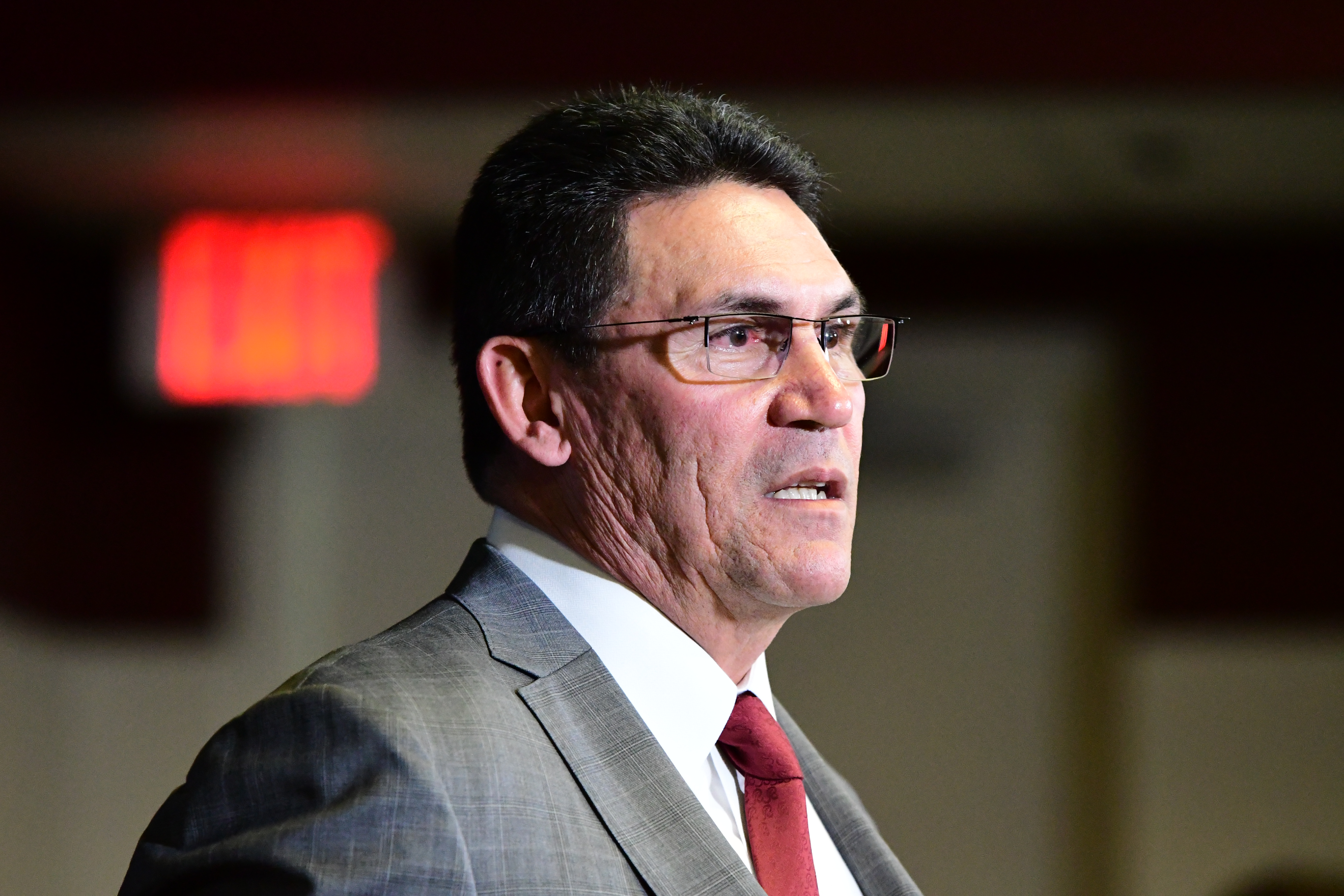 Photo: In Rivera we trust (courtesy of All-Pro Reels via Creative Commons)

Photo: In Rivera we trust (courtesy of All-Pro Reels via Creative Commons)

Round 1, Pick 19: Ron Rivera and Co. selected Jamin Davis (LB-Kentucky) to start things off. Davis, a 6’3 1/2”, 234 lb athlete plugs a longtime need for Washington. Although he only started 11 times during his 3 seasons in college, Davis’ size, focus and ability to intercept passes shows he is talented enough to play in the NFL. His comparisons to Darius Leonard and Kiko Alonso give fans an idea of what he’ll bring to an already talented Washington defense. Even though I initially thought Washington should have selected Christian Darrisaw (OT-Virginia Tech) with this pick, I like Jamin Davis and trust Washington’s decision, especially if he lives up to his NFL comparisons.

Round 2, Pick 51: Washington filled a big offensive need by drafting Samuel Cosmi (OT-Texas). Cosmi had plenty of success and experience as a tackle during his 3 years as a Longhorn. Continuing to fill the void left by the departure of Trent Williams during the 2020 offseason was a big priority for Washington, and it is great that they addressed it.

Round 3, Pick 74: Benjamin St.-Juste (CB-Minnesota), is an interesting player. After almost retiring due to injuries, St.-Juste bounced back and impressed after transferring to Minnesota from Michigan. Despite limited experience, there seems to be potential for the Canadian, and could help bolster the secondary or special teams with his size and tackling skills.

Round 3, Pick 82: Selecting Dyami Brown (WR-UNC), was a steal for Ron Rivera and the WFT. Brown is incredibly fast and averaged for 20+ yards over his last 100 catches. The Tar Heel product will fit nicely alongside Terry McLaurin and Curtis Samuel, posing a big threat to opposing defenses. This is a great pick, and Brown has potential to be very good in the NFL.

Round 4, Pick 124: John Bates (TE-Boise State) seems like a fringe player that may not even make the roster. He has only two career touchdowns over 47 catches in 46 games, but isn’t a bad blocker. Washington should’ve addressed this position earlier in the draft or done something else with this pick, especially because of the lack of tight end prospects.

Round 5, Pick 163: Darrick Forrest (S-Cincinnati) could definitely contribute to the Washington defense, addressing a need at full safety. Forrest seems to be a versatile player that succeeded in college, earning All-American Athletic Conference accolades.

Round 6, Pick 225: Camaron Cheeseman (LS-Michigan) has more upside than downside. Every few drafts this position needs to be addressed, and Cheeseman could be solid in the nation’s capital.

Round 7, Pick 240: Why not add more depth at an already solid spot on the defensive side of the ball? William Bradley-King (EDGE-Baylor) will likely be a backup and special teams contributor.

Round 7, Pick 246: As a Washington fan and someone that will be attending Penn State this fall, I love that Shaka Toney (EDGE-Penn State) is heading to DC. Like Bradley-King, Toney will likely be a backup or primarily contribute on special teams.

Round 7, Pick 258: Dax Milne (WR-BYU) could be decent. Milne was Zach Wilson’s top target at BYU, and hopefully that carries over to D.C when he’s catching passes from Ryan Fitzpatrick, Kyle Allen or Taylor Heinicke.

Washington deserves a B in this draft because of Jamin Davis, Sam Cosmi and Dyami Brown; as those positions needed to be addressed. Washington still needs a quarterback of the future, and could have traded some of their later round draft picks to acquire one. Besides the three aforementioned players, not many of these selections will have that big of an impact.