Remember those days in the sixth grade lunch room when the hottest topics were Chelsea's new pink sweater or your stale grilled-cheese sandwich? Today it might be applying to college. Having introduced recent changes to the SAT, College Board went a step further and initiated ReadiStep, a two-hour long standardized test made to be a pre-pre-SAT for eighth graders. This new test, split up into three multiple-choice sections, is one of many programs that fall under College Board's College Readiness System. Created under the ever popular façade of preparing young students for college, ReadiStep is nothing but another marketing strategy from the watered-down College Board. 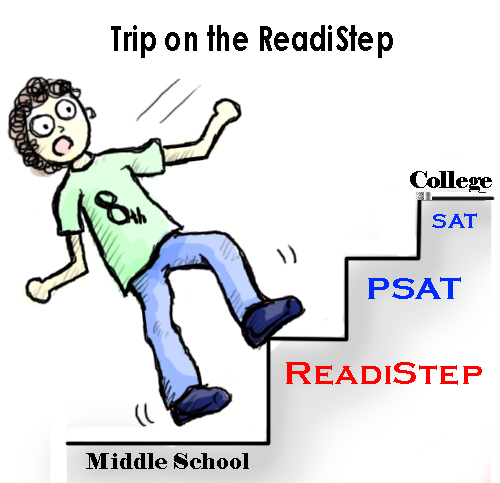 Although College Board's SAT is usually the first college-entrance test that comes to mind, its competitor, the ACT, has become increasingly more popular. In statements released earlier this year by the respective agencies, the number of SAT takers rose eight percent in the last five years to over 1.5 million students, while that of ACT test-takers rose nine percent in the last year alone to about 1.42 million. Clearly, the ACT is showing the potential to overtake the SAT in popularity. So what does College Board do as competition edges closer? Develop baby versions of the SAT for middle school students.

The new test appeals to the same parents and administrators who enjoy measuring their children on a competitive scale. College Board also reports student proficiency relative to that of other eighth graders on national, state and school levels. ReadiStep then becomes a very fetching prospect for schools eager to perform well for the government, which becomes a win-win situation for College Board. A student who takes a College Board test in middle school becomes familiar with the name and is more likely to take the SAT as a high school student.

College Board claims its middle school test is a good college-planning device. But if four years of high school are not enough to give students an opportunity to think about college, who is to say that an additional year of middle school will make a difference? Furthermore, a drawback of standardized tests is unaccountability of education discrepancies. Despite the diversity of high schools, middle schools are separated by even more disparities, simply because there are more of them. The results from ReadiStep, therefore, become unhelpful when diagnosing a student's proficiency, when below or above average can either unfairly bring down or raise a student's hopes.

What is even more discouraging about College Board is its SpringBoard program, another component of the College Readiness System, which prepares sixth through 12th graders for AP and college-level coursework. Instead of focusing on its AP programs for high school students who are actually taking college-level courses, College Board is pushing into new territory to make a profit off the young market. By killing its AP programs to be suitable for middle school students, the Board loses credibility as rigorous college-level courses. Resources should be funneled instead into developing appropriate material for the SAT and AP programs - programs that should not be pushed onto younger and younger students.