Baking shows seem to be the perfect mix of high-energy fun and mindless amusement to satisfy everyone's desire for entertainment. And for those whose forays into baking end with burnt pans or inedible cookies, what better way to satisfy a dessert craving than to curl up with a store-bought treat and watch a couple episodes of a baking competition? Here is SCO's review of four popular baking shows based on the following categories: structure, general atmosphere, judges and hosts, and of course, the baking products.

This ever-growing show, inspired by both American bake-offs and baking competitions in English villages, was first aired by the BBC in August 2010. Since then, it has amassed nine seasons, been picked up by multiple streaming services and grown in popularity all over the world.

Every episode has three rounds where bakers have to create original desserts and copy a product presented to them. This is easy to follow, but the fact that there are no eliminations along the way makes it hard for viewers to keep track of the large number of contestants. The backstories and home footage of each of the contestants, sprinkled throughout each episode, makes for a fun change.

Contestants' demeanors when things don't go according to plan are refreshingly calm, and their joking exchanges and friendly hugs add to the lighthearted atmosphere. The diversity of the bakers' experiences and backgrounds creates an interesting mix of personalities and recipes and brings a smile to viewers' faces. The setting, a tent in the English countryside surrounded by flocks of adorable goats, is homely and charming.

Hosts Sue Perkins and Mel Giedroyc constantly crack cheesy but enjoyable jokes. They are perfectly complemented by judges Paul Hollywood and Mary Berry, who are quiet but encouraging and take time to personally offer advice to each baker. All four's personalities make for a pleasant atmosphere.

The restrictive categories in GBBS don't allow for much creativity and create overlap in flavors and presentation. That being said, it is interesting to see how each baker incorporates their personal experiences into their product. From a Spanish-inspired orange Swiss roll to mini cakes with flavors from India, many of the recipes on the show are reflective of an array of exciting cultures. 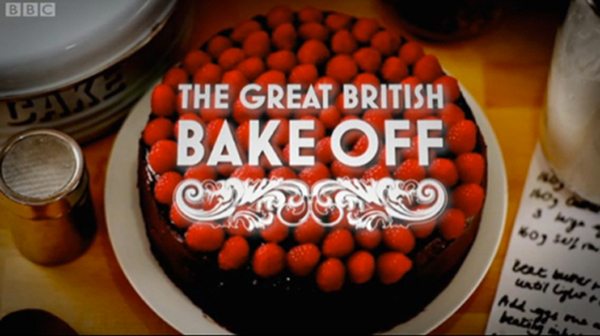 Photo: GBBS was awarded the highest score by SCO.

Photo: GBBS was awarded the highest score by SCO.

This Netflix original series featuring Australian dessert-makers began in summer 2016. It has an endearing resemblance to Willy Wonka and the Chocolate Factory because of its eccentric and passionate contestants and unique, out-of-this-world desserts.

Each episode begins with a freestyle round for all the contestants. The two weakest performers then face off in a "Zumbo Test" to recreate one of judge Adriano Zumbo's legendary desserts. Although the progression of the rounds is unique, the lack of ranking of all the contestants creates ambiguity for viewers who may struggle to keep track of them. The clips featuring the backstories of each contestant seem to mimic GBBS a bit too much.

Zumbo's Just Desserts is centered around the clock. With crying, frantic running and frequent breakdowns from contestants, the high-stakes competition in the show easily stresses viewers out. Almost every line uttered during the show is clearly scripted, creating a cringeworthy experience for viewers. However, the rainbow-striped carpet, Edison light bulbs and other colorful and quirky accessories redeem the show and bring back some cheer.

The lack of restrictions in the first round brings forth a variety of jaw-dropping creations from the contestants, from traditional desserts like apple pie to stranger concoctions like froot loop ice cream. Despite its emphasis on recreation instead of originality, even the Zumbo Test round features desserts that viewers can't help but marvel at, like a four-layer mirror glaze cake.

This Netflix original that premiered in March 2018 is inspired by the internet phenomenon where ordinary people attempt to recreate professional cakes. The show, which currently has two seasons plus a third holiday season, features amateur bakers who are provided with recipes and enthusiastically take on giant challenges.

The first round of each episode, where each contestant chooses a small dessert to recreate, is called the Baker's Choice. This is followed by a round called Nail it or Fail it, where bakers are required to recreate a complex cake in just two hours. While the structure is simple to follow and the small number of contestants prevents confusion, the lack of elimination along the way kills any competition or suspense that might have occurred.

Because the bakers featured in this show are inexperienced, they often struggle to stay calm under pressure and often suffer nervous breakdowns, making the show stressful for viewers. The contestants are likable because of their average skills that resonate with viewers, but their constant annoyance at one another drags down the mood of the show, as does the remarkably average and non-colorful setting.

Host Nicole Byer is over-animated and too enthusiastic to be likable, and her frequent jokes fall flat. Judge Jacques Torres is the exact opposite — he is subdued and seems uninterested in what the bakers have to offer, causing the audience to lose interest too. The occasional guest judge is well-balanced and keeps positivity alive in the studio, but Byer and Torres' extreme personalities are a downfall.

Though the quality of the products the bakers make isn't great, they still deserve a high score simply because of the entertainment they provide. The contrast between the complex originals presented to them and the laughable recreations they make is hilarious and keeps viewers engaged.

This show, also a Netflix original, was released in summer 2018. Only one season currently exists.

Several factors make each episode's progression difficult to follow — contestants get three hours for the first two rounds and individually decide how to portion that time, elimination occurs after all contestants have already begun the second round, and some teams receive extra time while others don't. It almost seems as though creators of "Sugar Rush" tried to add in too many factors that muddle the structure.

The emphasis on time limits is evident through the contestants' constant worried mentions of the clock and frequent breakdowns. This, combined with the heightened animosity between contestants, creates an awkward atmosphere for those watching. The ultra-industrial feel of the studio, created by large metal appliances and plain workstations, somehow adds more stress for viewers.

Host Hunter March makes an effort to appear enthusiastic, but his half-hearted participation clearly shows that he isn't excited to be involved. The same goes for judges Candace Nelson and Adriano Zumbo — both seem to have a preference for the other baking shows they have judged, creating an overall lackluster feel.

What this show lacks in other areas, it makes up for in desserts themselves. Since the contestants are highly experienced, there's no end to the unique things they bake. From wasabi cupcakes to a five-tier galaxy cake, the treats on Sugar Rush definitely don't fail to impress.

Based on each show's overall scores out of 20, here is a ranking from worst to best.